Breaking
Looking To Improve Efficiency In Your Business? Here’s...
AI and machine learning for business
How Social Media Changed the World
Shopify: The Pros and Cons
Should your business go green?
Expanding Your Business Into Spain: What You Need...
Essentials For Your Office Coming Out Of COVID-19
What Can Marketers Learn From Digital Cults?
Why NASA’s James Webb Space Telescope Will Never...
Increasing HR Effectivity and Efficiency through Software Solutions
The Difference Between Building A Startup In Bull...
Fluor Corp Ranked Among Today’s Top Shorts
Common Pitfalls to Look Out for When Buying...
Will the Olympics go ahead this year?
Pack Up the Big Top: Insights from MozCon...
Best WordPress Themes for Blogs
Home Finance Clever Ideas For The Next Recession
Finance 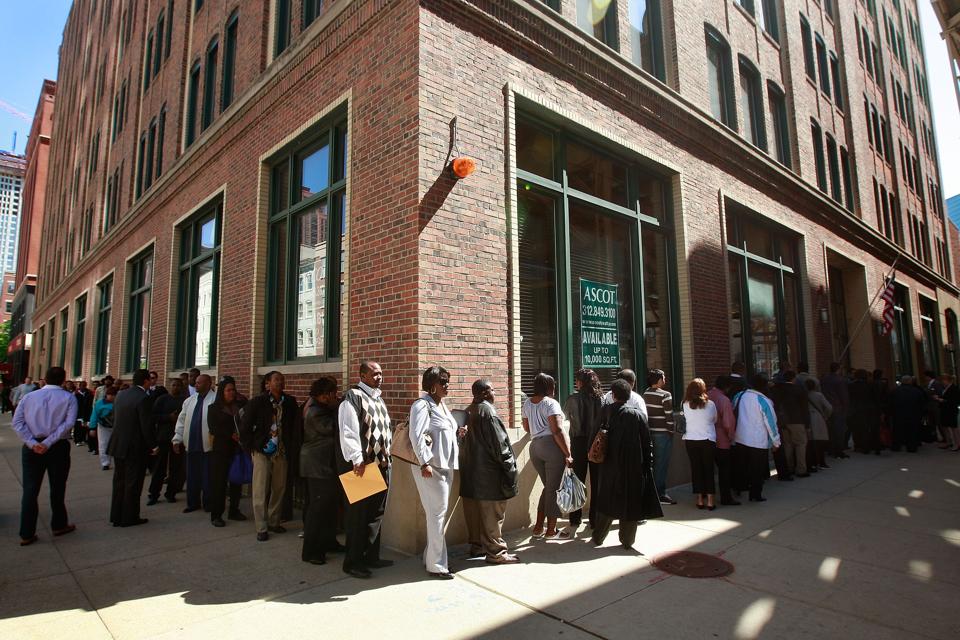 Right now I am attending meetings hosted by the American Economic Association in San Diego, a conference that is basically Mecca for academic economists. Disturbingly, there are a lot of sessions on whether we are prepared for the next recession. If sessions at the annual convention are leading indicators, these are signs of a coming recession.

In a session featuring former Treasury Secretary Larry Summers and former budget officers and deputy secretaries and others, I heard some great ideas about what to do next time around. Summers, looking back, said the government should have done even more to get the economy out of recession in the late 2000s. The unemployment rate kept on increasing and stayed high well after the recession was called off in June 2009. The national unemployment rate peaked in October 2009 at 10%.

One of the most intriguing ideas in this session came from Harvard economists Karen Dynan and Douglas Elmendorf. Their recession plan involves an intriguing mix of payroll tax relief and state-level targeting. But before we get to that, it’s worth understanding how payroll tax cuts worked in the last recession.

There are a lot of policies that work to help bring down the unemployment rate. Job loss in the last recession would’ve been a lot higher without much of what the government did, including lowering interest rates, investing in stimulus projects and quantitative easing.

One of the government’s tools was to cut the Social Security tax. This 2 percentage-point Social Security payroll tax cut for employees was in effect from 2011 through 2012. The benefits were either capped or phased out at high income levels for some taxpayers. The policy cost an estimated $108 billion, but applying some basic economic methodology (Okun’s law and the multiplier), the payroll tax cut reduced unemployment by an estimated 0.18 percentage points, according to the Dynan and Elmendorf talk.

The policy worked really fast and it was temporary. Overnight, a substantial share of the working population—an estimated 121 million workers—had higher paychecks. It was viewed as fair—if it was viewed at all. And since most beneficiaries were not rich, they spent more money in the American economy on household mortgages, paying the light bill, putting gas in the car to go to work, etc. Government tax breaks that go to the rich may help fund Italian vacations and French wine, but that has a smaller effect than local spending in schools and restaurants.

One of the best insights economists have is that even though we have one currency and one national government, we really are a country with lots of little interdependent economies. That would be obvious if we all used the dollar but they spoke a different language in the state of Washington.

If we look at the country in terms of states we can look at the country in terms of state economies. States are not a perfect way to measure economic groups, but for now it’s good enough to make a point. States can’t vary spending to fight recessions. Each state has a weird rule that the budget has to be balanced every year. That means that recessions are much worse than they have to be.

Think about it. Michigan’s economy gets whacked by the recession when car demand falls from 17 million units to 11 million. Because their citizens have lost their jobs the state has to lay off teachers and cops, which means the private sector employees and public sector employees are poor together.

Creative ideas to Mitigate the Harm of the Next Recession

These state-level effects mean the cost reverberates when employment falls. In a paper presented Saturday morning, the Harvard economists Karen Dynan and Douglas Elmendorf asked if there were any way to help states that are worse off get more targeted stimulus to minimize the hardships that come from unemployment.

They have an intriguing idea: to allow the government temporarily to reduce the payroll tax more in states that have the highest unemployment rates. This would be an effective way to deliver some help automatically to states that are worse off without risking a political battle over who gets what. (The rules of the convention make it not possible for me to post the paper yet.)

Harvard economist Gabriel Chodorow-Reich suggested another small idea—but all these plans add up—every household making, say, under $110,000 a year gets a gift card to go to restaurant. A restaurant meal is money that stays in a local economy.

Fiscal policy should have been a lot more creative to minimize the devastating cost of unemployment. This is a pretty damn good idea and we’re going to need a lot more of them. Stay tuned.

Ten Things About Retail Tech from 2010 That Still Apply Today