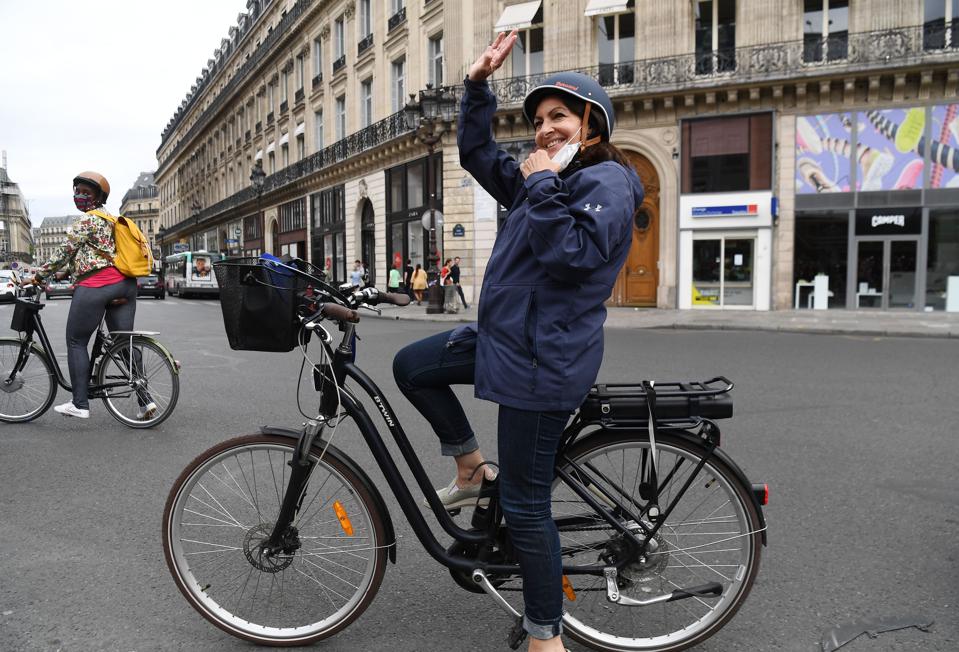 Anne Hidalgo was reelected as Mayor of Paris on Sunday June 28 with an increased majority proving that car-taming candidates can gain and then hold on to power. She polled just under half the votes cast in the French capital and, although she was the Socialist candidate, her victory should be seen in the wider picture of Green wins across France.

Europe Ecologie Les Verts (EELV) candidates won in Lyon, Strasbourg, Besançon, Poitiers, Annecy and Tours. In Marseille, France’s second city, the greens won the most seats on the local council and could secure the mayorship later this week.

“Today, ecology is taking a giant step,” EELV’s secretary Julien Dayou said in a statement, adding that the party now has a “mandate to act for climate and social justice.”

In Paris, Hidalgo had the backing of the EELV and was the de facto “green” candidate. Her plans for social housing proved popular but her flagship policy is deeply green: transforming Paris into a people-friendly city, building on “Plan Vélo” transport changes made during her first term of office, which includes removing space for cars and boosting space for cyclists and pedestrians. 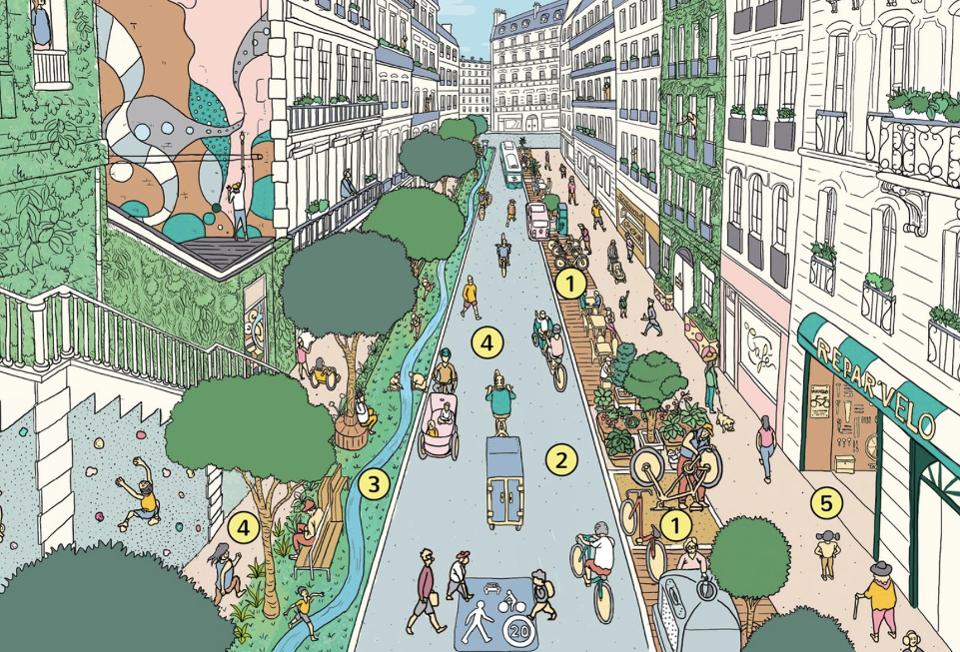 Hidalgo has plans to bring services closer to people with the concept of the “15-minute city”—this … [+] will involve reshaping the streets of Paris.

Hidalgo made tackling climate change and air pollution the key elements of her election campaign. After her crushing victory she said voters had chosen to make Paris greener.

“You have chosen hope, teamwork, a Paris that can breathe, that is better to live in,” she said in a speech to supporters.

Among her plans for her six-year term are for every street in the French capital to have a cycle path, and for all of the city’s bridges to have protected cycleways.

“If you liked Season 1 [of Plan Vélo] , you will love Season 2,” she insisted earlier this year.

In January, Hidalgo revealed that the space required to make Paris cyclist-friendly would mostly come at the expense of motoring. Under her plans Paris will remove most of its on-street car parking spaces. 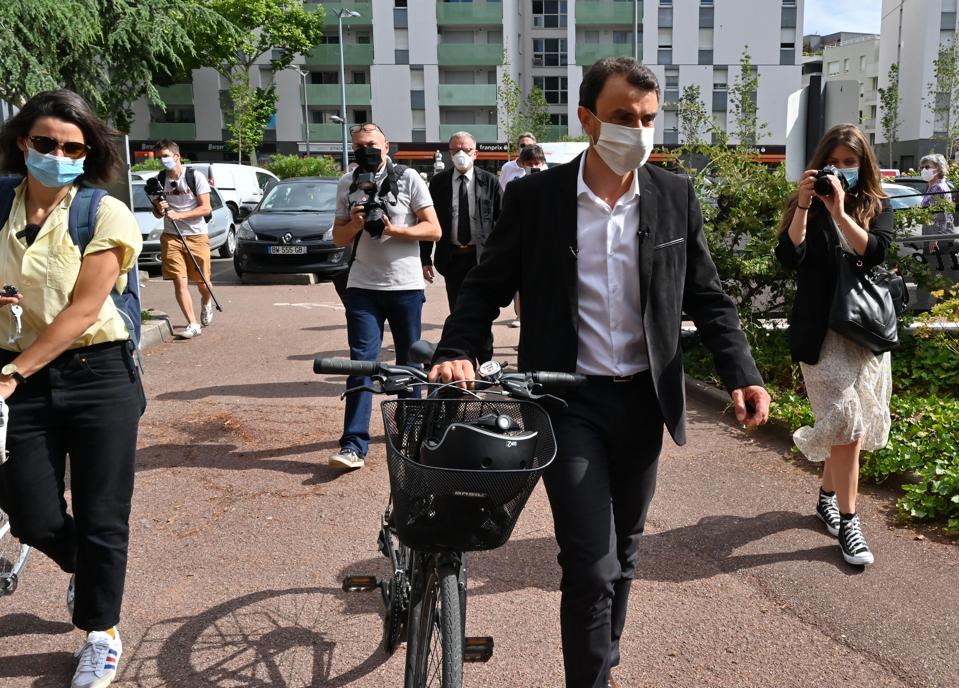 EELV candidates across France supported cycling, aiming for the “decarbonization of transport.”

And “ecological” parties are doing well elsewhere in Europe, too. In Ireland, the Green Party went into coalition government last week.

Leader Eamon Ryan, a former bike shop owner, ensured that as part of the coalition agreement 20% of Ireland’s transport budget will go to walking and cycling while two-thirds of the rest will go to public transit.

Why Enterprise Software Will Be Forever Changed

Two Things You Need To Know To Start...