Climate Change Is Affecting The Timing Of Bird Migration, But Are Birds Adapting Fast Enough? 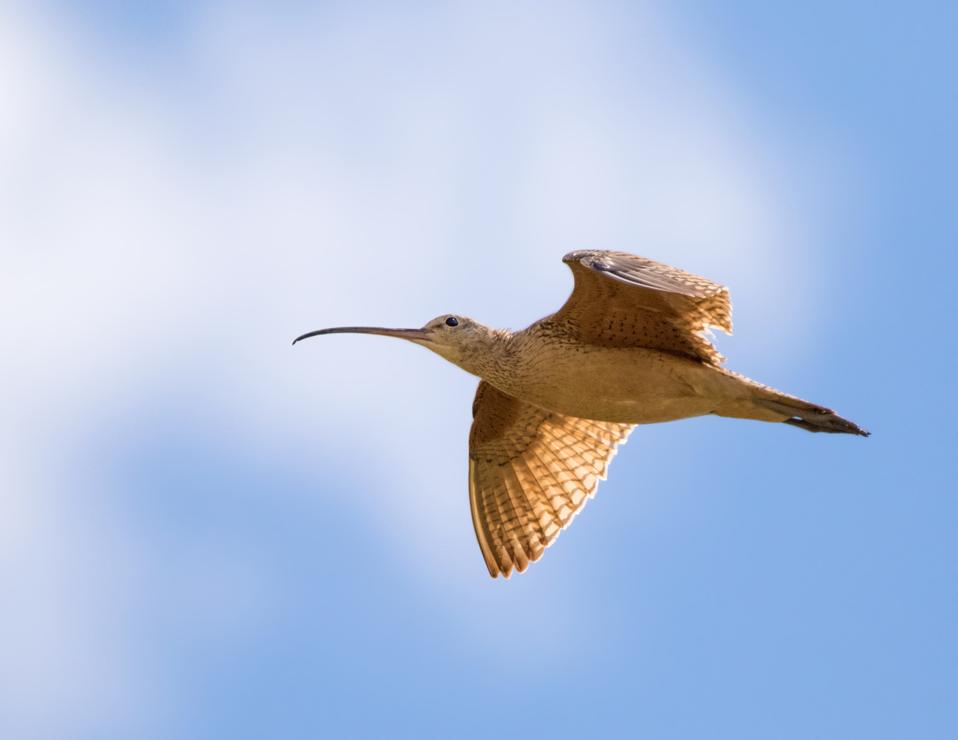 The long-billed curlew (Numenius americanus) is a large North American shorebird. It is a short- to … [+] medium-distance migrant, moving from interior grasslands breeding sites to coastal sites as well as inland sites in California and Mexico for the winter. (Credit: Nick Saunders.)

A recent study, one of the first of its kind, shows that migratory birds across all of North America are on the move sooner than than ever before as the result of climate change (ref). The study analyzed 24 years of weather radar data, which revealed that spring migrants pass particular migratory stops earlier than they did 20 years ago. The data also showed that temperature and migration timing are tightly associated, with the greatest advances in migration occurring during unusually warm seasons, in higher latitudes and in other areas that are warming most rapidly.

Climate change is causing a variety of changes in the timing of a number of important life history events in plants and animals. For example, in migratory birds, their peak demand for insect prey, or for ripe seeds or berries may occur after their required resource peak supply has already passed for the season. Such a mismatch in the timing of resource availability and the need for that resource can impact plants and insects as well as the birds that depend upon them, and this asynchrony can lead to runaway population growth for some species — or to extinction for others.

Despite the need for a comprehensive understanding of the effects of climate change on ecosystems, such studies are rare, primarily due to limited access to relevant data.

To do this study, Professor Horton collaborated with computational ecologist, Daniel Sheldon at the University of Massachusetts Amherst who specializes in developing algorithms to make sense of large data sets to aid decisionmaking about the environment, and Andrew Farnsworth, a research associate at the Cornell Lab of Ornithology who uses weather radar to track bird migration and to learn how it is responding to climate change.

Together, Professor Horton and his collaborators examined 24 years of radar data collected by the National Oceanic and Atmospheric Administration (NOAA). Although bird migratory flights have been recorded for decades by NOAA, only limited studies have been possible so far because of the enormous amount of data recorded by NOAA’s network of constantly scanning weather radars.

To use these data, Professor Sheldon and his collaborators at UMass Amherst and at the Cornell Bird Lab developed a new computer tool, ‘MistNet’, which uses computer vision techniques to differentiate birds from rain on radar images, a major hurdle that challenged scientists for decades (ref). (Its name is derived from the ultra-thin, nearly invisible nets widely used by ornithologists to capture birds.)

“Historically, a person had to look at each radar image to determine whether it contained rain or birds”, Professor Sheldon said. “We developed ‘MistNet’, an artificial intelligence system to detect patterns in radar images and remove rain automatically.”

MistNet also automates processing of the massive migratory bird data set that was accumulated over the continental U.S. for more than two decades.

“This is a really important advance. It allows us to go from limited 20th-century insights to 21st-century knowledge and conservation action”, Professor Sheldon said.

Professor Sheldon added that MistNet is the “latest and greatest in machine learning” to extract bird data from the radar record, enabling scientists to exploit the treasure trove of bird migration information in the decades-long radar data archives.

“To process all of these data, without cloud computing, it would have taken over a year of continuous computing”, Professor Horton pointed out. But incredibly, the team crunched the numbers in just 48 hours.

The data, which recorded the nighttime migratory behaviors of billions of individual birds of hundreds of species, is “critically important” to better understand their seasonally shifting migration patterns.

“To see changes in timing at continental scales is truly impressive, especially considering the diversity of behaviors and strategies used by the many species the radars capture”, Professor Horton said.

“It’s a global phenomenon involving billions of birds annually. And it’s not a surprise that bird movements track changing climates”, Dr. Farnsworth elaborated. “But how bird populations respond in an era of such rapid and extreme changes in climate has been a black box. Capturing scales and magnitudes of migration change over time has been impossible until recently.” 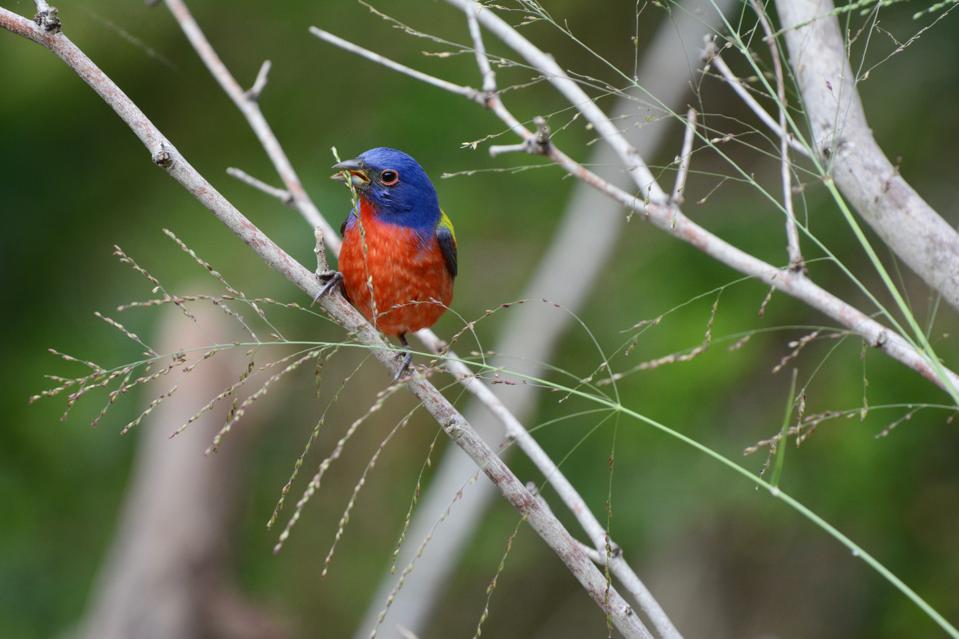 The painted bunting (Passerina ciris) eats a variety of grass seeds throughout the year, adding … [+] small insects to their diet whilst raising chicks. This species is a short- to medium-range migrant that winters in Central America. (Credit: Kyle Horton.)

Migratory birds are critically important for properly functioning ecosystems. For example, they eat insects, spiders, fruits and seeds, and distribute seeds around the landscape. Further, migratory birds typically stop periodically during their journeys to forage.

And yet, despite their earlier spring migrations, birds are apparently not keeping pace with climate change. Thus, there may be a growing mismatch between the date when birds arrive on their breeding territories and the peak dates for blooming plants, emerging insects and other resources that breeding birds and their chicks depend upon. 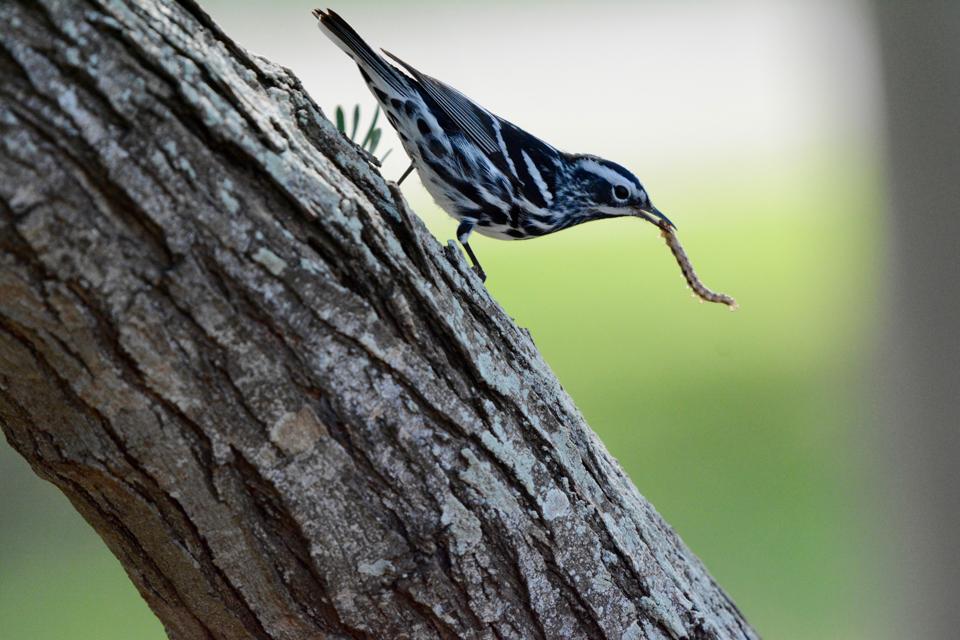 The black and white warbler (Mniotilta varia) is one of the earliest migrants to arrive on its … [+] breeding territories. It eats insects and spiders, and breeds broadleaved or mixed forest in eastern North America, preferably in wetter areas. It nests on the ground in a tiny cup nest. (Credit: Kyle Horton.)

Although spring and autumn migration look the same, these two life history events are triggered by different things. As a result, birds migrate at different speeds in spring versus autumn, and sometimes, they follow different migratory pathways, too.

“In the spring, we see bursts of migrants, moving at a fairly rapid pace, ultimately to reach the breeding grounds”, Professor Horton explained. “However, during the fall, there’s not as much pressure to reach the wintering grounds, and migration tends to move at a slower, more punctuated pace.”

Not only are birds not competing for breeding territories or mates in autumn, the adults are often joined by large numbers of juveniles making the migratory journey for the first time, which means the birds are not in any particular hurry to reach their wintering grounds. This makes fall migration more challenging to study. 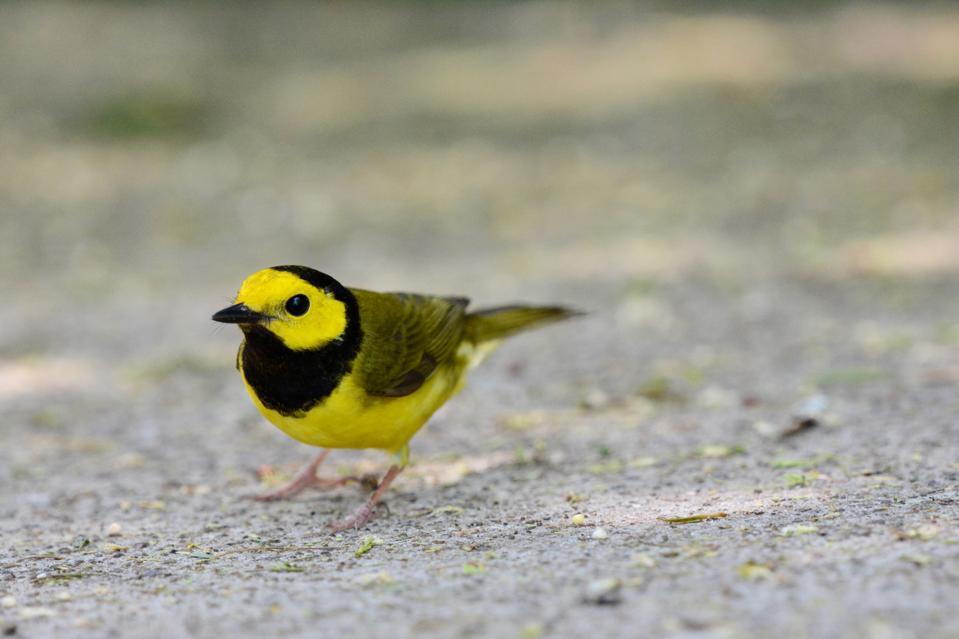 The hooded warbler (Setophaga citrina) is a small migratory songbird that breeds across the eastern … [+] United States and into southernmost Canada (Ontario). It is a short- to medium-distance migrant that winters in Central America and the West Indies. (Credit: Kyle Horton)

So what’s next? Already, Professor Horton and his collaborators are expanding their analysis to include Alaska, where climate change is occurring faster and having more serious impacts than in the lower 48 states.

The Little Michigan Auto Show That Filled A Major Void