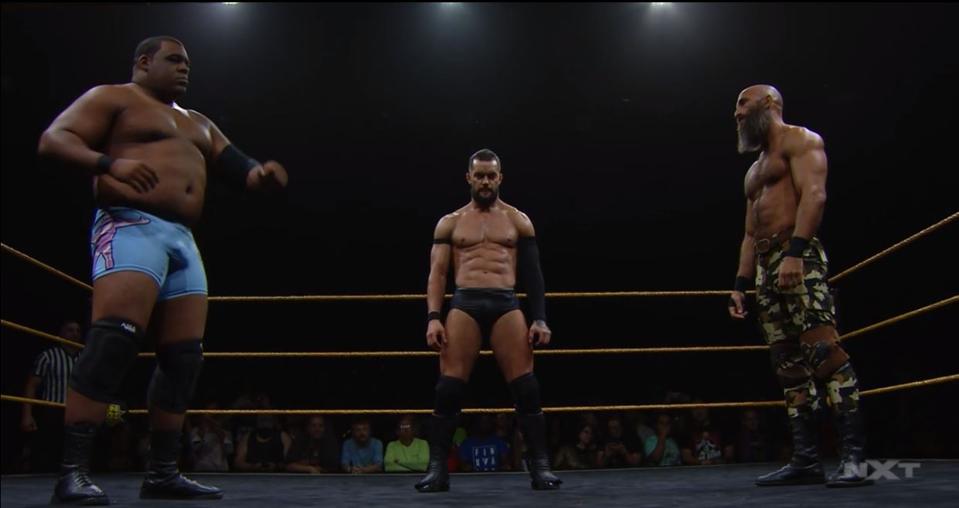 If CM Punk has his way, which he unfortunately doesn’t, NXT Star Keith Lee would be the winner of Sunday’s Royal Rumble match.

Punk broke it down on the latest episode of WWE Backstage:

Keith Lee from NXT should win the Royal Rumble. He had a tremendous showing at Survivor Series and, to me is a big fish in a little pond right now. Not to say that NXT is little by any means. I think you need to follow up on things like this. You strike when the iron is hot. You saw the little moment that he had with Roman Reigns [at Survivor Series]. I think you need to follow up with it here. I think he needs to chuck Brock over the top rope and win that whole thing.

Lee is an interesting, over-the-top, but ingenious pick. Aside from the Survivor Series showing, Lee hasn’t competed in any matches with Raw and Smackdown stars on the major WWE programs. However, there is no question he has the in-ring ability and mic charisma to hold his own with anyone on the main roster.

Also, Lee would be the first African-American winner of the match (The Rock is Canadian-American with a black father and Samoan mother).

Lee is set to challenge Roderick Strong for the NXT North American title at NXT: Takeover the day before The Rumble. Depending on what happens at that show, Lee could have a clear path to not only participate in the Rumble, but to also win it.

While it’s fun to think about such a surprising and satisfying booking decision, the chances of Lee being elevated to the main roster and booked to win the Rumble seem slim. That’s just not the way WWE has done business in its history, and there is little reason to believe something so off-script will happen this time.

Everyone’s eyes will be on Brock Lesnar who will enter the match at the No. 1 spot, and because few people expect him to win, there will be a focus on anyone who locks up with the Beast.

The man who eliminated Lesnar has a good chance to be his opponent at WrestleMania 36, and it’s hard to imagine that would be Lee.

Truthfully, Lee fans will have to be happy if the Limitless one is even in the match at all.