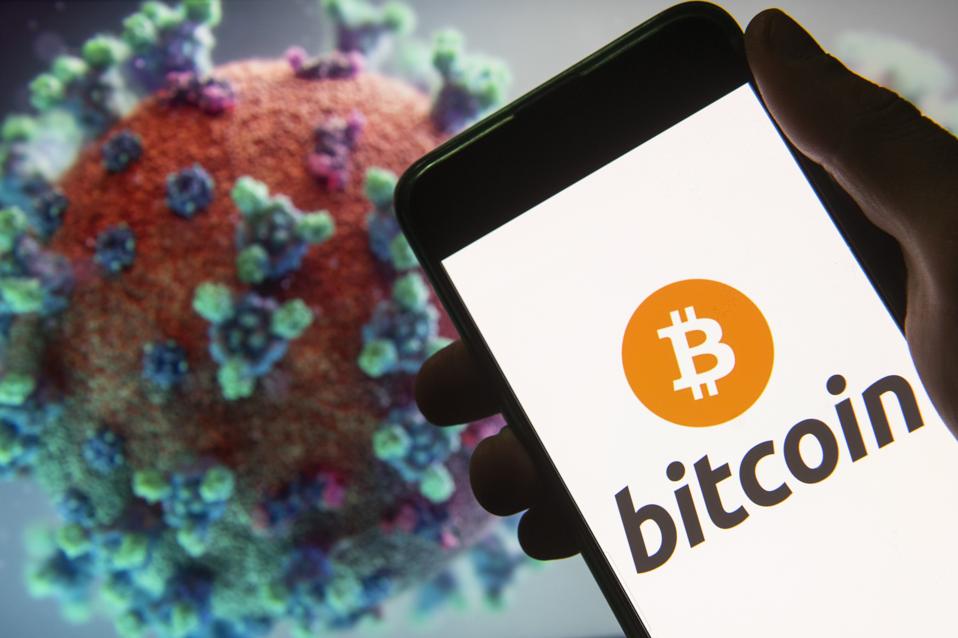 CHINA – 2020/03/18: In this photo illustration the cryptocurrency electronic cash Bitcoin logo seen … [+] displayed on a smartphone with a computer model of the COVID-19 coronavirus on the background. (Photo Illustration by Budrul Chukrut/SOPA Images/LightRocket via Getty Images)

The host of CNBC Africa Cryptotrader, Ran Neuner, has set up a $10M Runway Fund with ex-Techstars MD, Yossi Hasson. The assembled fund has been touted as a “rescue package” for startups and blockchain companies that are treading water while the economic crisis plays out.

The pair have pledged $10M so far, with a further $50-100M available if required. At present, the funding is limited to businesses that meet the following requirements:

1. Must be in operation with a founding team in place that has fixed monthly expenses.

2. Must have raised previous round(s) of funding.

3. Must have an updated pitch deck.

“There is a lot of talk of big stimulus and even helicopter-style money drops,” explains Yossi Hasson. “But it’s evident that neither the banks nor the government will be stepping in to assist entrepreneurs as their focus is on big corporations. We’re also hearing that VCs are re-negotiating terms and of delays in providing capital.”

The fund aims to help companies with recurring monthly expenses to survive—until more favorable conditions exist. Neuner has been quite vocal about the U.S. Federal Reserve’s $2.2 trillion stimulus draft bill and the economic conditions facing the world.

US handouts may result in a massive bitcoin price surge

Recently, the U.S. government admitted that bitcoin had the potential to undermine the U.S. dollar’s status as the world’s reserve currency. Yet, the Fed’s $2.2 trillion coronavirus stimulus plan may threaten the very foundations of the U.S. currency and could drive bitcoin prices to all-time new highs.

In response to the Fed’s move, Jimmy Song, a blockchain programming instructor, and lecturer at the University of Texas said on Twitter:

The Fed’s move stands for everything that bitcoin is against—inflation, the printing of money and centralization. With bitcoin, there are only 21 million coins that can ever exist. That means if the world is undergoing times of financial hardship, as the case of now, then 2.2 trillion bitcoins cannot be printed. And, this is what the Fed is intending to do with the U.S. currency.

Mike Novogratz said, “If there was ever a time—debasement of fiat currencies, monetization of trillions of dollars of debt, this is the time for bitcoin.” With the much-anticipated bitcoin halving event around the corner, bitcoin bulls are waiting to see if the price of bitcoin hits all-time new highs as many such as Tim Draper predict.

Even With Blockchain-Friendly Advisors, President Submits Budget Without...