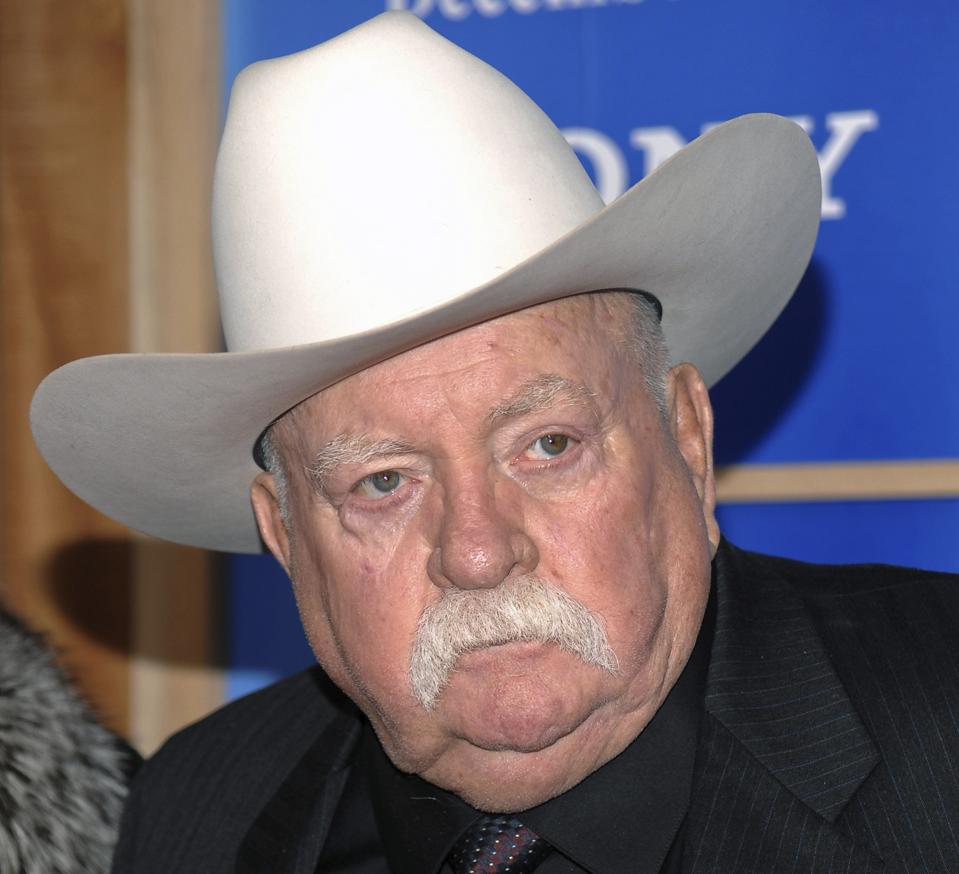 FILE – In this 2009 file photo, Actor Wilford Brimley attends the premiere of ‘Did You Hear About … [+] The Morgans’ at the Ziegfeld Theater in New York. Wilford Brimley, who worked his way up from stunt performer to star of film such as “Cocoon” and “The Natural,” has died. He was 85. Brimley’s manager Lynda Bensky said the actor died Saturday morning, Aug. 1, 2020 in a Utah hospital. (AP Photo/Evan Agostini, File)

Character actor Wilford Brimley, known for his television advertisements for the Quaker Oats Company and for his film roles in memorable entries like Cocoon, The Natural, Absence of Malice, and The China Syndrome died Saturday morning. He was 85 and was in the ICU in St. George, Utah ahead of his death.

“He was a wonderful man, a joy to be around, and his dry sense of humor and iconic voice left an ever lasting impression on every person he met,” said Brimley’s manager Dominic Mancini. “ I was lucky to call him a friend. To know Wilford, was to love Wilford. He had an amazing career, and sliced through the screen with his dry wit, stoic stature, and powerful conveyance. His unique blend of unexpected comedy and indelible storytelling will always remain unmatched.”

Born in Salt Lake City on September 27, 1934, Brimley dropped out of high school to serve in the United States Marine Corps. and found employment in a variety of capacities prior to acting (including working as a bodyguard for Howard Hughes, a ranch hand, a wrangler, a blacksmith, and shoeing horses for television).

Brimley found work in the 1960s as a riding extra in various westerns and as a stuntman at the urging of his friend, actor Robert Duvall.

Following guest spots on TV dramas Kung Fu and The Oregon Trail, Brimley landed the recurring role of townie Horace on family-themed The Waltons from 1974 to 1977. Parts in movies The China Syndrome and The Electric Horseman (opposite Robert Redford) came in 1979, not to mention Tender Mercies in 1983, The Natural in 1984, and Cocoon in 1985, until he landed the lead in 1986 to 1988 NBC drama Our House.

Brimley was only 50 years of age at the time of the filming of Ron Howard’s Cocoon, which told the tale of a group of senior citizens rejuvenated by aliens. 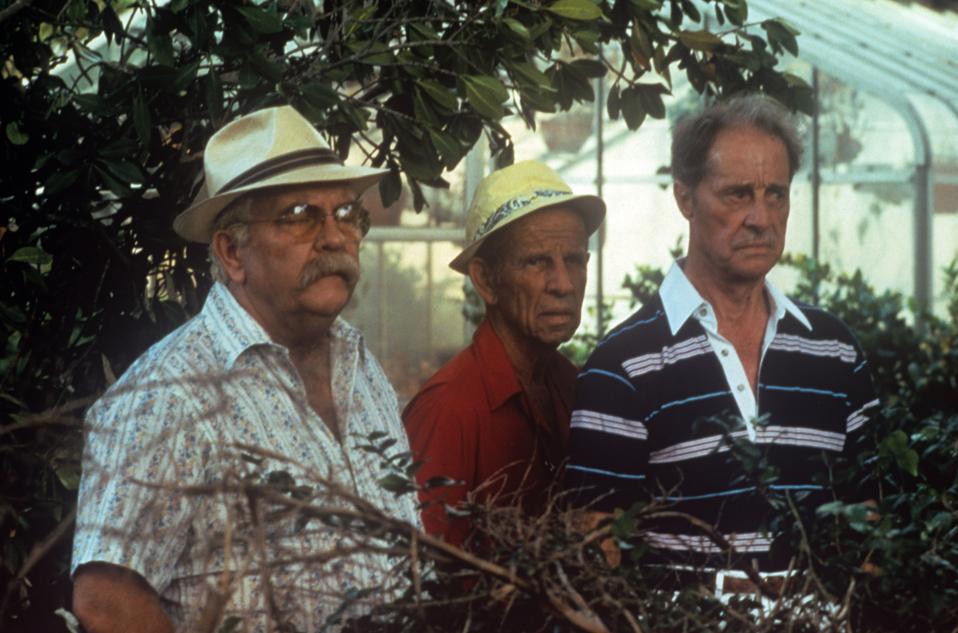 American actors Wilford Brimley, Hume Cronyn and Don Ameche acting in a greenhouse in the film … [+] Cocoon. 1985 (Photo by Mondadori via Getty Images)

Through these and other roles, Brimley became widely known for portraying gruff or stodgy old men.

His later film roles included sequel Cocoon: The Return, In & Out (opposite Kevin Kline), The Firm (opposite Tom Cruise), and Did You Hear About the Morgans? (opposite Hugh Grant). Also of note on Brimley’s acting resume was a guest spot in a 1997 episode of NBC’s Seinfeld.

Ultimately, Brimley moved to the small town of Greybull, Wyoming to operate a ranch with his second wife, Beverly, whom he met on the set of Tender Mercies. His first wife, Lynne, died in 2000 after they were married for 44 years.

Brimley is survived by his wife Beverly and three sons.