Colby Cave Is Gone But Will Never Be Forgotten 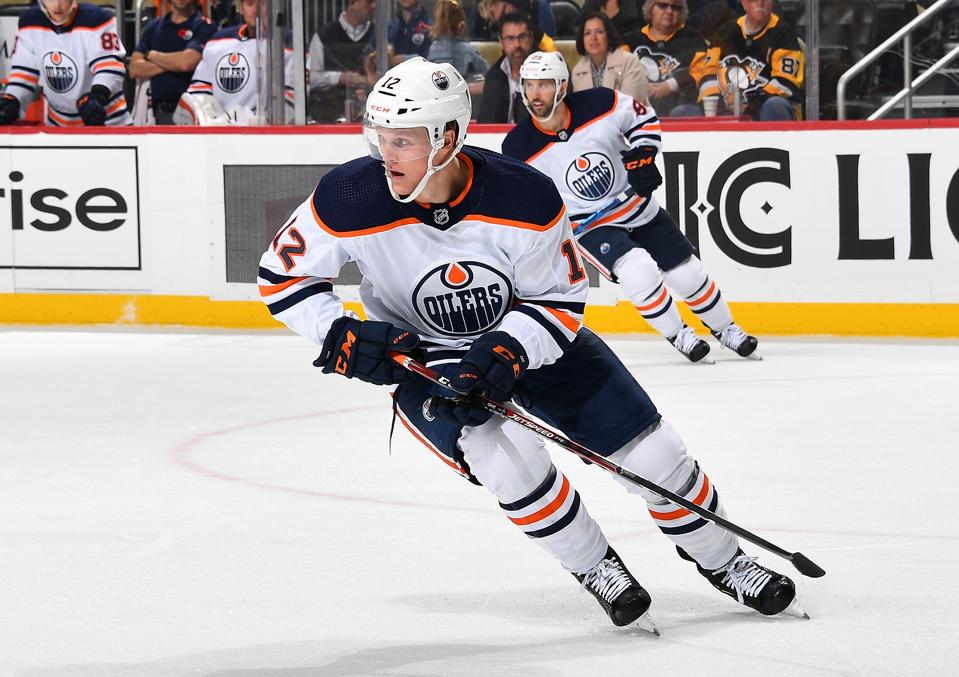 The best professional athletes for journalists to cover are the ones that act like an average guy off the ice or away from the playing field.

They might not make the most spectacular plays or make the most money, but they’re still performing at a level that a minuscule percentage of the population could imagine. Yet some guys’ personalities never get caught up in all that and they remain the same.

That was Colby Cave.

Cave, 25, tragically passed away this weekend after suffering a brain bleed during the week. He had emergency surgery to remove a colloid cyst and then had been in a medically induced coma until his death was announced by his wife Emily.

Cave was undrafted before he signed as a free agent with the Boston Bruins in April 2015. He played just 23 games for the Bruins before he was claimed by the Edmonton Oilers in January 2019. But his death sent shockwaves around the NHL and inspired messages from former teammates and representatives of the teams he played for.

It’s hard to explain what it is about players like Cave that make them a pleasure to cover. Mostly it’s just honesty, genuineness and respect. He was a blue-collar worker on the ice, someone coaches could rely on in all situations to maximize his talents. He was a leader beyond his years, especially when with Providence of the American Hockey League.

As a reporter in Boston, there wasn’t much time to get to know Cave too well. He appreciated a training camp joke about how he and fellow ginger Riley Nash looked alike while Nash was still with the Bruins.

Cave’s relationship with former NHL enforcer Wade Belak intrigued this reporter, and I made it a point to talk to him about it as soon as he was in the NHL for more than a few days. Despite the tragic nature of Belak’s passing (he died at 35), Cave was more than willing to open up, even to someone he didn’t know as well. Belak had been an inspiration, someone that convinced a kid from Saskatchewan that a career in the NHL was possible.

In the month between that chat about Belak and Cave’s departure for Edmonton, Cave lived up to his reputation not just as a hard-working player but a level-headed professional in the dressing room, treating the training staff, the press corps and everyone around him with decency. Interviews with Cave were never a one-way street. He’d often ask the question something about life or hockey before he could that approaching could ask him something similar.

As far as Belak, once of Cave’s inspirations, Cave summed him up to this reporter thusly:

“You think, well, they’re athletes and you never see them, it was kind of like a unicorn. It’s something that I will never, ever forget. He’s a guy that will be missed.”

Sadly, Cave has now joined Belak among those who will be missed. Luckily he’ll also never be forgotten.

The Lockdown Live Streaming Revolution, From The DJing Priest To Radiohead

Federal Courts Have Diminishing Appetite For Claims Of...

Small Business, Big Heart: How One Restaurateur Is...