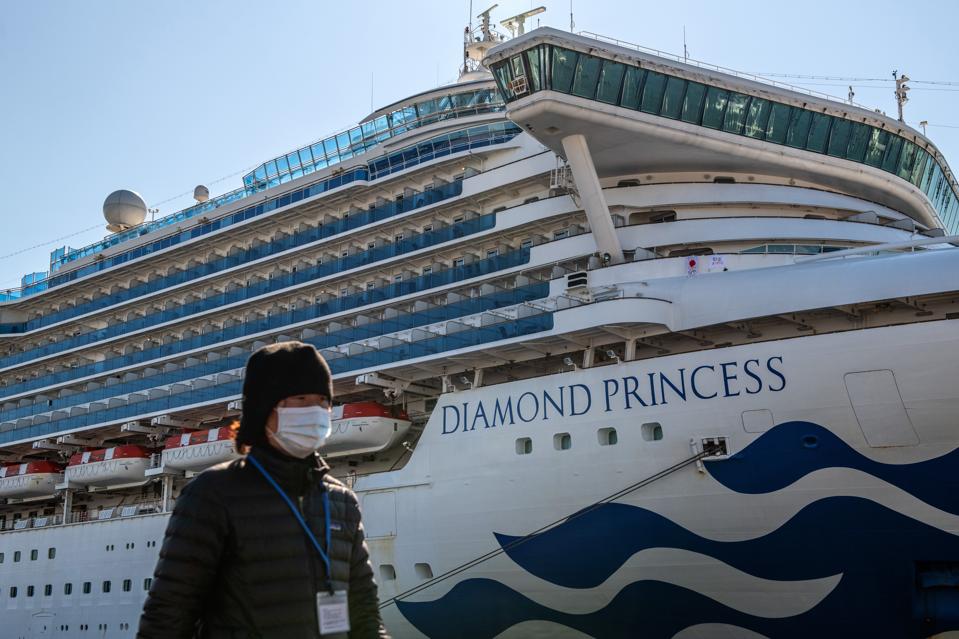 44 new cases of COVID-19 have been diagnosed on the quarantined cruise ship, the Diamond Princess, … [+] bringing the total number of cases to 218 (Photo by Carl Court/Getty Images)

Over 200 people have now been diagnosed with COVID-19 on the stricken cruise ship the Diamond Princess after 44 new cases were announced on Thursday morning Japanese time.

Forty-three of the new cases were passengers and one crew member was also confirmed to be affected, The Japan Times reported. The ship is currently docked in Yokohama port and has been for over a week, with no passengers or crew allowed to leave the ship, excepting those who have been diagnosed with coronavirus.

The cruise ship now has more confirmed cases of COVID-19 than in the rest of the world excluding China, combined. All of the cases are thought to originate from an 80 year old man from Hong Kong who traveled on the ship in late January and was later confirmed to have COVID-19.

The quarantine approach adopted by the Japanese authorities has been met with an increasing amount of criticism from experts who argue that better measures could be put in place to reduce the chance of those still on board from contracting the virus.

“The crew members should be entitled to remain free of this virus as much as any other member of society, as should the passengers,” said Michael Mina, an infectious disease scientist and physician at Harvard School of Public Health and Brigham and Women’s Hospital & Harvard Medical School, speaking to Forbes Health on February 10th when fewer cases had been confirmed.

“The government must become creative and figure out some way to safely remove the passengers and crew from the ship while maintaining a quarantine away from the city,” he added.

As the number of cases continue to rise, family members of those on board are getting increasingly worried and critical about the quarantine posted by the Japanese authorities.

The measures put in place to safeguard the passengers and crew clearly are not working and the number of cases confirmed are likely to increase further. The sheer number of people now affected and a conservative estimate for the mortality rate of COVID-19 of 1% means that statistically, it is highly possible that some of the people on the cruise ship affected by this outbreak will not survive the illness.

Hopefully, the people diagnosed will defy the odds, but that so many of them have even contracted COVID-19 in confinement, points to a situation that should have been handled more effectively and perhaps still can be to avert major tragedy

The Art Hidden In The World’s Largest Nuclear...