Breaking
Employers: Eight Red Flags You May Not Notice...
Ted Lasso, Other Apple TV+ Shows Arriving Soon...
What Are Working Capital Loans and When Should...
The 10 Biggest Trends in Entrepreneurship to Look...
Clubhouse Has Grown 10X In Two Months. Here’s...
Here’s Why Tyson Foods Stock Looks Undervalued At...
How To Maintain Client Relationships During Long Projects
WhatsApp Is Pushing Ahead With Its Controversial Privacy...
Australia In Talks With Facebook’s Zuckerberg Over ‘Outrageous’...
What To Expect From Deere Stock In Q1?
GME Saga Dissected In The House Committee On...
What’s Next After Mars? The 8 Spectacular Space...
Integrating Life Insurance With Lifetime Income – Part...
How To Invest Your Time Wisely In The...
Spring Forward With These Smart Home Gift Ideas
Hybrid Electric Aviation Pioneer Ampaire To Be Acquired...
Home Business Congress May Fund Gun Violence Research For First Time In Over 20 Years
Business 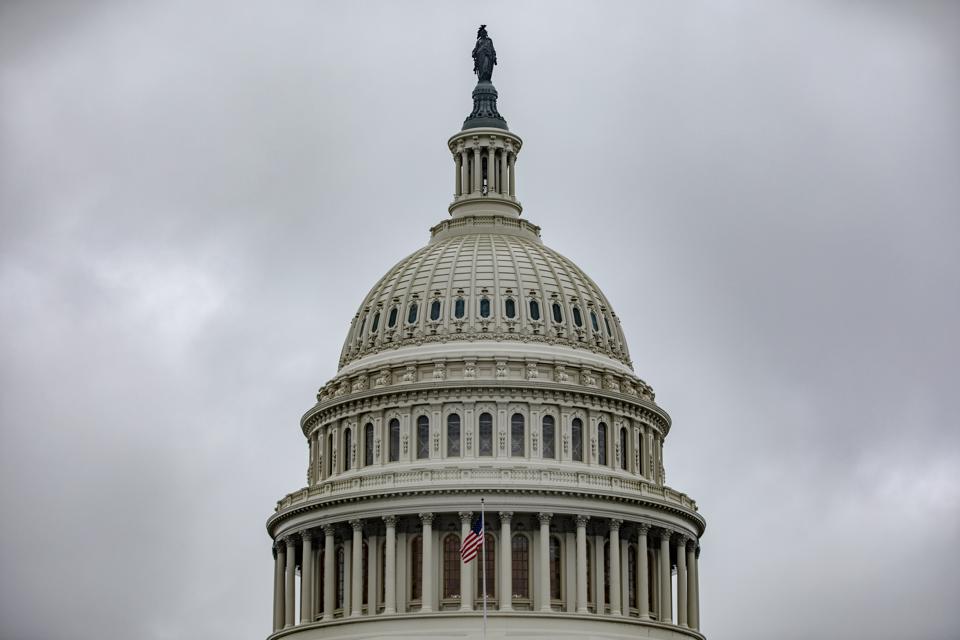 Congress is poised to do what it hasn’t done since the 1990’s. (Photo by Samuel Corum/Getty Images)

And now for something completely different.

This is a stunning change for such researchers because for the past two decades, their research has not been “much ado about nothing”, but rather they’ve had to do too much with practically nothing. Even though $25 million is a cut from the $50 million that the U.S. House of Representatives had originally authorized back in June, as Erin Schumaker reported for ABC News, $25 million is still better than $0. Although funding these days have been short for all sorts of health and science researchers, times have been especially tough for those in the field of gun violence research. By times, I mean the over two decades since 1996.

Yes, 1996 was the year that the Dickey Amendment got through Congress. The amendment, named after its author, former U.S. Representative Jay Dickey (R-Arkansas), specified that “none of the funds made available for injury prevention and control at the Centers for Disease Control and Prevention (CDC) may be used to advocate or promote gun control.”

While this may not sound like an outright ban on funding gun violence and safety research, it essentially made the CDC “gun-shy” about supporting practically any research related to gun violence. If Congress was trying to send a message to the CDC, the CDC received the message loud and clear, like an anvil attached to a medicine ball being dropped through the roof. Essentially, the same thing happened to the NIH in December 2011. This time it was the Consolidated Appropriations Act of 2012 that declared that “none of the funds made available in this title may be used, in whole or in part, to advocate or promote gun control.”

In the ensuing years after this Dickey Amendment, Congress essentially got what they paid for, a precipitous drop in the amount of gun violence and safety research being performed. A 2016 article in the HuffPost by Erin Shumaker included a graph entitled “A Chilling Effect: Publications about gun violence fell 64 percent after a 1996 ban prevented the CDC from funding research on gun violence.” After all, money is kind of important to do research and have a job and eat. With fewer people inclined to enter or stay in the field of gun violence research and safety, less studies resulted. Without scientific studies, how could anyone then tell exactly what to do about gun violence?

Dickey eventually regretted his 1996 move. In 2012, he joined forces with his former adversary, Mark Rosenberg, the previous head of the CDC’s National Center for Injury Prevention and Control, to co-author a Washington Post op-ed. This op-ed included the following statement: “We were on opposite sides of the heated battle 16 years ago, but we are in strong agreement now that scientific research should be conducted into preventing firearm injuries and that ways to prevent firearm deaths can be found without encroaching on the rights of legitimate gun owners.” The op-ed also included a line that said, “One of us served as the NRA’s point person in Congress.” In this case, NRA stood for National Rifle Association and not Nitrate Reductase Activity. If you are wondering which of the two had served as the NRA’s point person, here’s a hint: it probably wasn’t Rosenberg.

However, this year things appear to be different. Gun violence certainly has continued. As Jason Silverstein reported for CBS News, there have already been more mass shootings in 2019 than days in the year, 385 as of December 1, according to data from the Gun Violence Archive (GVA). But the past two years has seemingly seen more and more highly-visible protests and movements to do more about gun violence. I say “seemingly” because I am not aware of any federally-funded research that has specifically measured changes in such activity. Nonetheless, efforts such as the “March for Our Lives” campaign have gotten media attention such as this ABC News segment:

There have been social media campaigns as well, as evidenced by these tweets:

Speaking of social media. The NRA tried a campaign of their own when they tweeted for doctors to “stay in their lane” when it comes to gun violence. As I covered for Forbes, this in fact had the opposite effect, as many doctors and other health professionals became even more vocal about gun violence and safety on social media. All of the aforementioned movements may have led to Congress’s planned $25 million allocation. This amount alone probably won’t be enough alone to solve the problem of gun violence. Nevertheless, it should help provide more scientific information, which is always needed to really solve a problem, and at least it is more than just offering “thoughts and prayers.”

No, Scientists Will Never Be Able To Remove The Empty Space From Atoms