Breaking
The Ultimate Guide to Saving Money
Lights, Camera, Action—Is There A Post-Covid Future For...
7 Ways to Reduce Human Errors in Your...
How ‘Couples Therapy’ Used Technology To Cope With...
Can You Settle Your Student Loans Or Negotiate...
How to Use Amazon Attribution For Ad Campaigns
What are the Makings of a High-Quality Link?
How To Quickly Start And Scale Your Business
Terra Virtua: What NFTs Can Teach Us About...
5 Easy Steps To Prepare Content For E-A-T...
Physical Inactivity Linked To More Severe Covid-19 Infection...
The 2021 Estimated Tax Dilemma: What Tax-Return Pros...
Want To Digitally Transform Your Business? Start With...
How to Optimize Google My Business and Leverage...
Debunking Link Building Myths in 2021
How, When And Where You Can Gaze At...
Home Finance Congressman Stephen Lynch Hopes OCC Will Start ‘Sandbox-Like’ Crypto Pilot Projects
Finance

The Chair of the FinTech Task Force, Congressman Stephen Lynch (D-MA), who just introduced a bill for COVID-19 supplies to be tracked on a blockchain, stated he thinks it is ‘great’ that the former chief legal counsel of Coinbase, Brian Brooks, is now the Acting Comptroller of the Currency of the OCC.

When asked during a telephone interview how Acting Comptroller Brooks would balance the oversight of large federal banks with crypto alternatives, Lynch said “It’s just great. There are too many bankers and and U.S. agency leaders that did not grow up with this stuff and are afraid of change, which is to our detriment.” Lynch had already asked his staff to reach out to Brooks’ team at the OCC to see what infrastructure would support the Acting Comptroller. “Maybe we can help get these financial markets to give this stuff a try,” said Lynch. 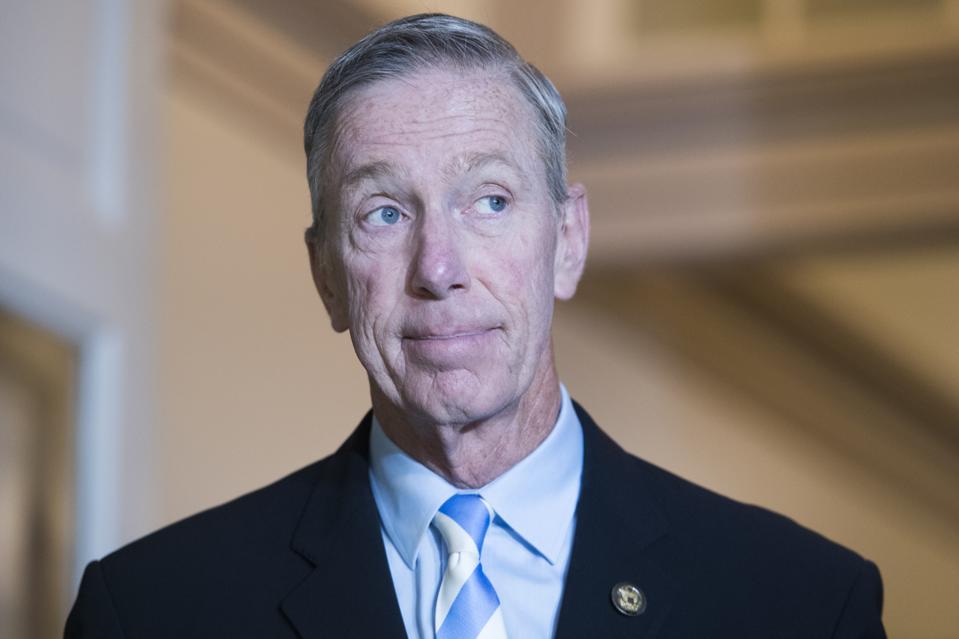 In the phone interview, Lynch also commented on a hearing today called, “Inclusive Banking During a Pandemic: Using FedAccounts and Digital Tools to Improve Delivery of Stimulus Payments.” Chairman Lynch said, “The unbanked is a segment of society where the gaps became evident with the rebate checks sent out,” as the direct deposits were sent out in a way that those most closely tied to the banking system received their COVID-19 payments first. The Chairman noted during the hearing that it had been 76 days since the CARES Act had been passed and there were still individuals who had not received their economic stimulus checks. 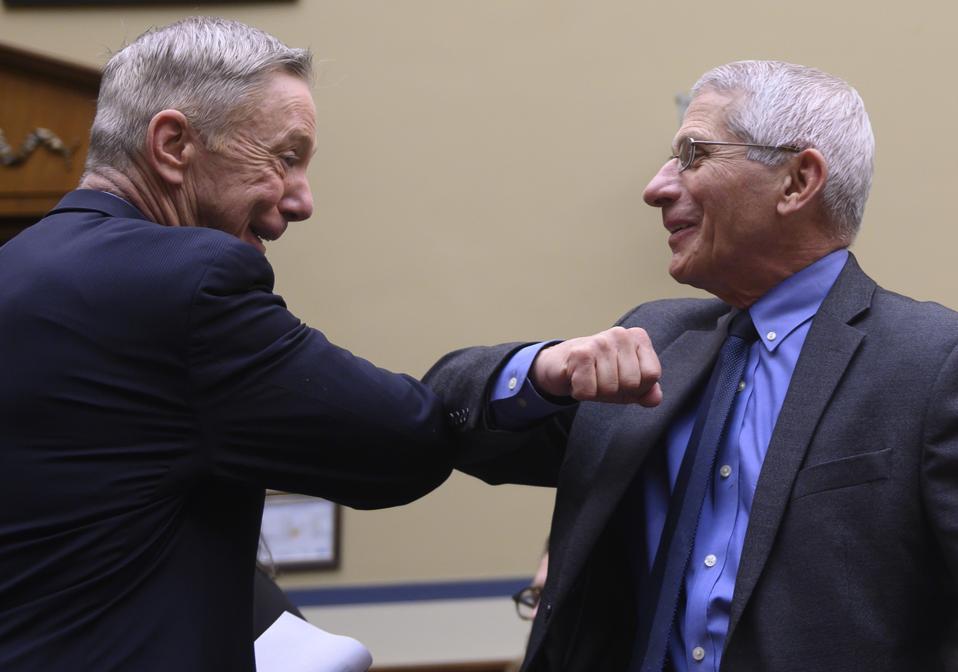 “It was good to ‘run the traps with the experts’ on a couple of proposals,” said Lynch. Regarding the idea of ‘FedAccounts’ that would deliver stimulus payments in real-time from the Federal Reserve to individual bank accounts, Lynch was more skeptical. The Chairman noted how the ‘FedNow’ program at the Fed, looking to establish real-time payments between the Federal Reserve and the commercial banks, had taken three years to write the rule and that it was not expected to be completed for another 8 years.

Based on the experience of the Congressman, it struck him as unlikely that the Fed could do with individuals what it still had not done with its own banks it deals with on a daily basis already. According to Lynch, he appreciated the enthusiasm of two of the witnesses – both Mehrsa Baradaran, Professor of Law, University of California Irvine School of Law, and Morgan Ricks, Professor of Law, Vanderbilt University Law School – in that, according to both, they believed that if the U.S. prioritized the effort, FedAccounts could be established rapidly. Ricks had conceived of the idea of ‘FedAccounts’ for all accounts, arguing in the hearing that the Fed only provided accounts to an exclusive group and that the idea would be to broaden their mission to include all Americans as banking customers. Baradaran noted that she believed that it is part of the Fed’s mission “to provide equitable access and an adequate level of services nationwide.”

According to Lynch, the overall mission of the Fed and its ability to start providing banking services to the public, “…they are not built for this and Congress has not asked them to undertake this.” Lynch believes there is a wider policy debate that must be held and the request should be balanced against what Congress has already tasked the Fed with before providing new and different tasks to carry out. 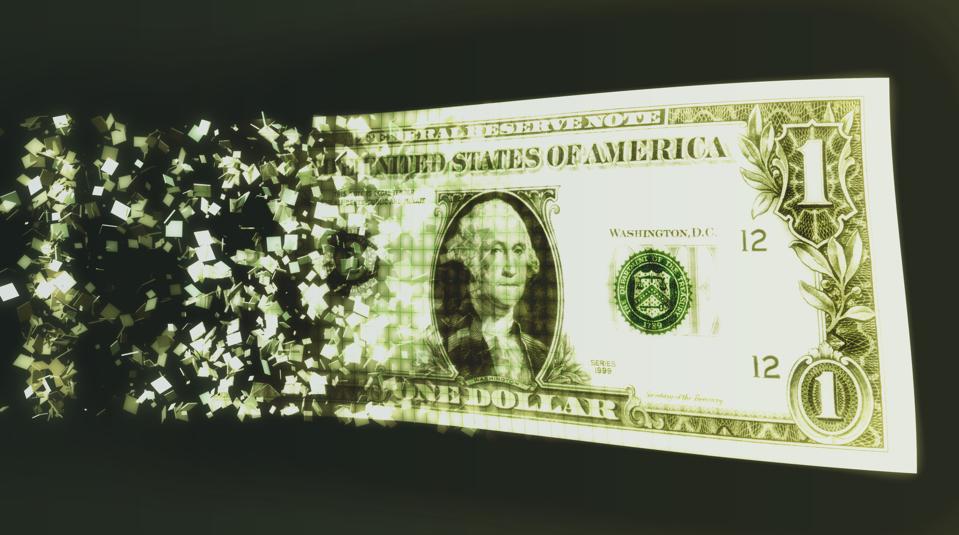 Meanwhile, the Ranking Member of the Task Force, Congressman Tom Emmer (R-MN), noted the discussion of providing benefits in the hearing needed to co-exist with the idea of a digital dollar, which Emmer defined as a ‘U.S. central bank digital currency.’ Such a ‘digital dollar’ should emulate the physical form of a U.S. dollar by being tokenized as a bearer instrument, as opposed to an account-based program such as ‘FedAccounts.’ Witness J. Chris Giancarlo, Senior Counsel at Willkie Farr and Gallagher and former Chairman of the U.S. Commodity Futures Trading Commission (CFTC), echoed the sentiments of Emmer in explaining his view of a ‘digital dollar’ as something that captures the need for U.S. currency to remain the global reserve standard.

However, Ricks noted the ‘digital dollar’ as one that is already in existence, and the key is simply making these ‘digital dollars’, that are currently only used between the Fed on an exclusionary basis with commercial banks, open to the public. Giancarlo, in a joint interview with fellow co-leader of the Digital Dollar, David Treat of Accenture ACN , noted, “Part of the problem is the word ‘digital.’ We coined the phrase ‘digital dollar’ back in January. We thought it would catch people’s attention and had a nice a ring to it. Now it has confused things.”

Giancarlo has considered a digital dollar mission critical for the world and in the hearing compared the importance of it to both the space race and the development of the Internet. According to Giancarlo, he noted the FedAccounts introduced by Professor Ricks in the hearing was aimed specifically at the financial inclusion issue.

The Digital Dollar Project recently published its first white paper that was included by Giancarlo as part of the record of the hearing. “The Digital Dollar whitepaper from former CFTC Chairman Giancarlo has many interesting proposals including the idea of enabling a tokenised digital dollar that although distributed via commercial banks would allow the public to hold it in their own digital wallets, very similar to paper banknotes today,” stated Henri Arslanian, PwC Global Crypto Leader and a leading influencer on central bank digital currencies around the world.

Treat, Senior Managing Director and Blockchain Lead at Accenture, who is supporting Giancarlo’s Digital Dollar Project on a pro-bono basis, commented on the discussion of how the Fed might need to convert to more retail-oriented services in helping to deliver COVID-19 stimulus payments. “This is one of the things we do. A massive part of our business is the direct service business. With close to 180,000 full-time employees, we are geared for that kind of service.” Treat did caution, “In this context, all of the suggestions that are being made will require effort to implement, nothing to be turned on in days and weeks.”

Giancarlo, who as the former CFTC Chair that pushed for moving the agency from an ‘analog’ to a ‘digital’ world of trading, agreed with the sentiments of Chairman Lynch who pointed out that Brian Brooks showing leadership in this area is terrific. Just as Giancarlo became known as ‘Crypto Dad’ based on the role he played in supporting crypto while at the CFTC, there are rumblings that describing Brooks as the new ‘Crypto Uncle’ based on his bullish views toward crypto and blockchain at the OCC.

“I commend Devron Brown, Senior Counsel of the Task Force on Financial Technology, for convening this hearing to continue this important conversation about how to digitize the dollar to more effectively deliver direct benefit payments to the unbanked and under-banked not only during times of crisis, but everyday. New technologies like blockchain offers solutions to address the many barriers Black, Brown, and rural communities face and can help to ensure greater equity in our financial system. The more options available to all Americans, the more inclusive money becomes,” said Cleve Mesidor, Founder of the National Policy Network of Women of Color in Blockchain.

One of the cryptocurrency exchanges, Binance.US, which could possibly participate in one of these pilot programs described by Lynch, has been outspoken on how stablecoins could be used to deliver stimulus benefits on cryptocurrency exchanges at a very low cost. Catherine Coley, CEO of Binance.US had to say, “Access to money changes lives. Crypto is pushing others in government and banking to reconsider existing systems. Without crypto pushing the envelope on decentralization, these conversations were never on the agenda.” Lynch mentioned the idea of a roundtable in the near future where a discussion could be help on how to move forward on pilots for the existing financial markets to experiment with crypto.