Breaking
‘Remnant: From The Ashes’ Is Cheaper Than Ever...
Top Stocks To Buy Today As Markets Rise...
How To Sell Artisanal Ice Cream In The...
Making America’s Trumps Pay Their Fair Share
Fortnite Season 4, Week 9 Challenges Revealed And...
Yesterday You Were Just A Business; Today You...
Should Your Company Help Get Out The Vote?...
Hyperautomation And What It Means For Your Business
The Role Of The Indie Agency In Our...
Parker-Hannifin Crosses Pre-Covid Peak But Investors Set To...
6 Reasons Your Cold Messaging Efforts Fail And...
4 Analytics Categories To Track To Improve Your...
Predictions 2021: Cloud Computing Powers Pandemic Recovery
This Is Why You Need A Strategy In...
Economic Research Exposes Significant Flaws In DOL H-1B...
How Breast Cancer Turned This Entrepreneur Into A...
Home Business Connor McDavid And The NHL Players That Will Define League’s Next Decade
Business 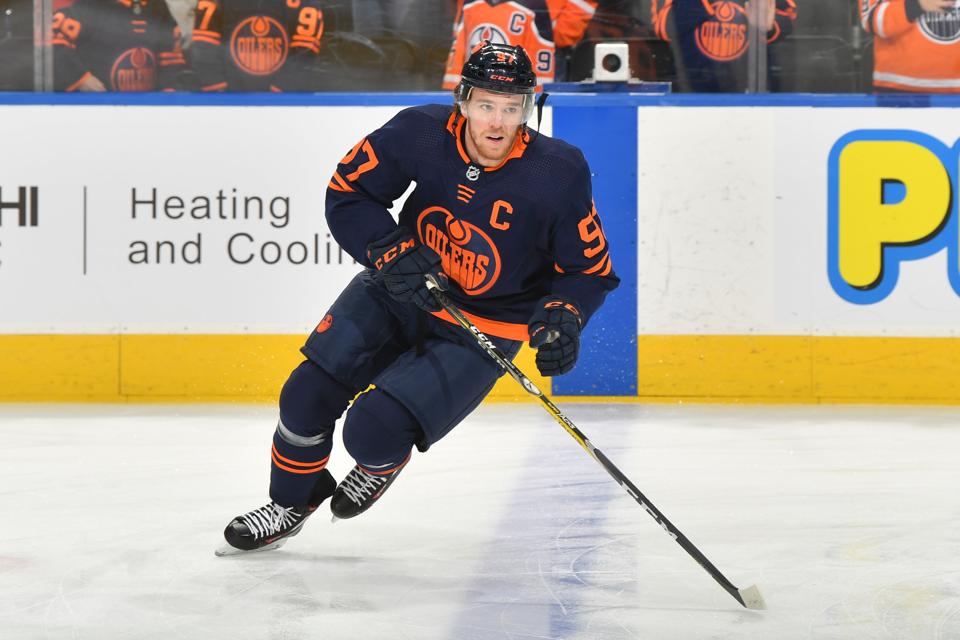 Center Connor McDavid will be one of the players that define the NHL’s next decade, even if we don’t … [+] know if he’ll be in Edmonton by the end of it. (Photo by Andy Devlin/NHLI via Getty Images)

Picking a player of the 2010s is difficult.

No offense to defensemen, and there were some great ones this decade (Chicago’s Duncan Keith, Los Angeles’ Drew Doughty, Boston’s Zdeno Chara and Ottawa/San Jose’s Erik Karlsson among them), none made the game-changing impact the three aforementioned forwards made.

And what about goaltenders? The save percentages among the best are so close. Corey Crawford won the Stanley Cup twice with Chicago, and Jonathan Quick did the same with Los Angeles. Henrik Lundqvist polished his Hall of Fame credentials, but went to the Cup Final just once. Boston’s Tuukka Rask went to the Final twice and came up empty both times. Montreal’s Carey Price was widely seen as the best goalie in the league (and was the highest paid) for much of the middle of the decade but never even reached on Final. You couldn’t go wrong picking any of them to win you one game for all the marbles.

The above players left their mark of the past decade. Let’s look ahead of the players, some of whom were already mentioned, that will define the 2020s:

The Capitals superstar enters the next decade almost 200 goals shy of Wayne Gretzky’s all-time record (894). By the time he’s done this season, he’ll need to average a little fewer than 50 per season for four more years to break a record that just a couple years ago seemed untouchable in a NHL that looks completely different offensively from Gretzky’s heyday in the ‘80s.

Honestly, the only things that can stop Ovechkin are one, health; and two, his own desire to keep playing in the NHL. He seems to love the game, but Ovechkin’s among the first batch of generational talents that have earned more money than they ever could’ve imagined as kids. He’s winding down a 13-year contract that pays him $9.5 million this season and expires after the 2020-21 season. Now 34, he’d have to decide if he wants to keep playing, and if he wants to keep doing it in North American.

Come to think of it, there’s a third thing, assuming the Capitals (or another team) and Ovechkin can come to terms on his next contract, that could derail Ovechkin’s pursuit of Gretzky. That’s another work stoppage, although we know the Collective Bargaining Agreement will give Ovechkin through the end of 2021-22 to rack up his goals.

It seemed so simple. Put the NHL’s next generational talent in the land of Gretzky, Mark Messier and one of the game’s all-time great dynasties, and the Edmonton Oilers would return to prominence as a league power. Well things haven’t gone as planned, and McDavid, who’s in the second year of an eight-year contract with an average annual value of $12.5 million, has played in just 13 Stanley Cup playoff games n his first four seasons.

It was widely reported that McDavid took a little less money on this contract so the Oilers could accommodate Leon Draisaitl and the rest of his supporting cast. The Oilers took care of Draisaitl, who’s scheduled to play for a cap charge of $8.5 million through 2024-25, but the rest of the cast hasn’t been up to par.

There’s no doubt McDavid will be on track to set individual records by the close of this decade, but where will he be doing his scoring? How long can he put up with the losing in Edmonton before he seeks a way out. Could we see him in another team’s sweater in the second half of the decade? There will be intrigue in Edmonton the next 10 years.

Same as above. The Toronto Maple Leafs are either going to prove every salary cap expert (or fan with a calculator) wrong, or there’s going to be a reckoning. Matthews, Mitch Marner, John Tavares and William Nylander take up too much of Toronto’s salary cap (around $40 million) to bolster the team’s defense corps for the long haul or provide a No. 1A goaltender to Frederik Andersen.

Matthews might not be the only one disgruntled if the Maple Leafs’ investment doesn’t turn to winning, but he’s the one that was raised in Arizona and could seek out a quieter lifestyle if the mayhem of Toronto eventually gets to him.

You could also throw Buffalo’s Jack Eichel into the McDavid/Matthews superstar mix for players that might be in a different place come the end of the upcoming decade.

The NHL has gone super young at every position but goaltender. There are teenagers up front and on defense on almost every team, but the idea that goalies need three or four years of AHL seasoning hasn’t changed much.

Hart entered the NHL at 20 last winter and had a .917 save percentage for the Philadelphia Flyers. He’s continued his fine play in 2019-20. If he can succeed, thinking might change and we may see a whole lot more goalies in their early 20s handed the reins of their teams sooner.

Also: Like Ovechkin, how much longer will Crosby continue to play, and continue to dominate? … Can Price eventually get the Canadiens over the hump and end a Cup championship drought that’s more than a quarter-century long? … Will Kane and Jonathan Toews get the Blackhawks back to prominence before their time is up? … How much longer can Chara, now 42, keep playing? … Every player that suits up for the Seattle expansion franchise in 2021-22 is going to have the pressure of living up to what Vegas did in its inaugural season, reaching the Cup Final in 2018. Good luck with that, Sasquatches or whatever you’re going to be called.

How Entrepreneurs Can Stop Spreading Themselves Too Thin