Breaking
Boston Globe Starting “Fresh Start” Initiative As Part...
Can Money Protect You From Covid-19? It May...
The Most Important Voice In Artificial Intelligence: Frontline...
Amazon’s Small Business Empowerment Team Is Helping Entrepreneurs...
10 Ways For Entrepreneurs To Power Through Tough...
Will The Cloud Take Down The Mainframe?
How Itamar Medical Stock Could Triple
How To Cash In On Biden’s Stimulus With...
The Refactoring X-Factor Behind Software Modernization
3 Habits Of Millionaires
Will The Stock Market Sell Off As Biden...
Microsoft Reverses Xbox Live Gold Price Increase Following...
Weekend Favs January 23
FDA Approves First Monthly Injections To Treat HIV
Low Volatility Investing Works In China Too
How 2020 Introduced Big Technology Startup Opportunities
Home Business Conor McGregor’s UFC 246 Payout Crushes Pay Of Other Fighters
Business 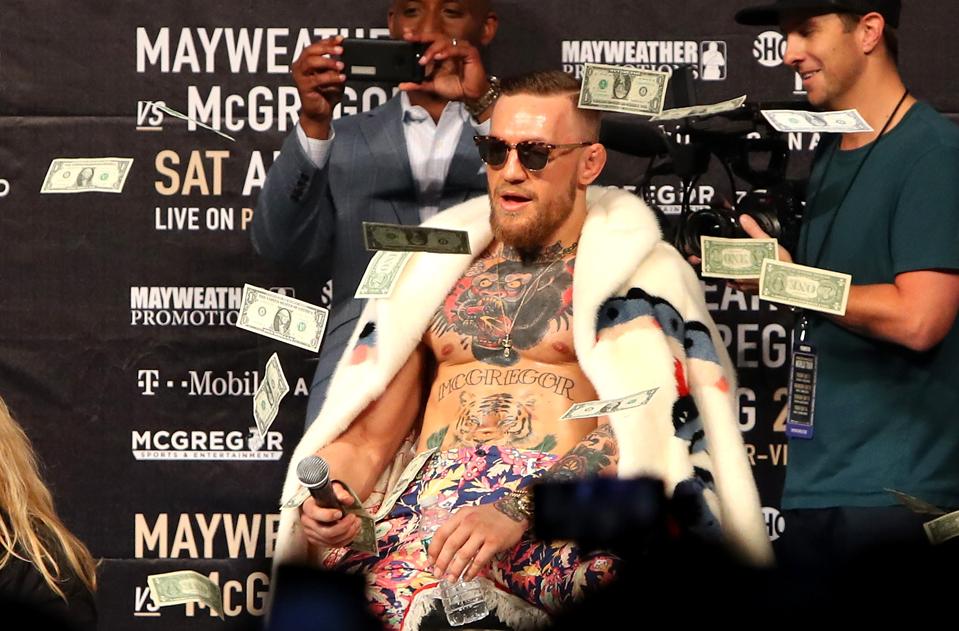 McGregor, who has not fought since losing a battle with current lightweight champion Khabib Nurmagomedov in October 2018. The ex-featherweight and lightweight titleholder scraps with Cerrone in a welterweight contest. Cerrone is coming off two TKO losses in the lightweight division.

There is a huge discrepancy in the potential pay for McGregor and Cerrone. McGregor is guaranteed to make $3 million no matter the outcome of the contest. Cerrone’s maximum payout for the event is $400,000 with a win.

In the co-main event, former UFC women’s bantamweight champion, Holly Holm faces ex-title challenger Raquel Pennington in a rematch. The first time these two met, Holm won the contest via split decision. Holm is 2-5 in her past seven fights. She opened her career on a 10-0 run. Holm’s current record is 12-5. Pennington had a four-fight winning streak come to an end in 2018 when she was stopped via TKO by Amanda Nunes in a women’s bantamweight title fight in May of that year. She lost her next bout as well, but Pennington is coming off a split decision win over Irene Aldana in July.

Here’s a look at the payouts for the main card fighters (via MMA Fighting):