Conservative Majority In U.K. Election Will Make The FTSE Rocket 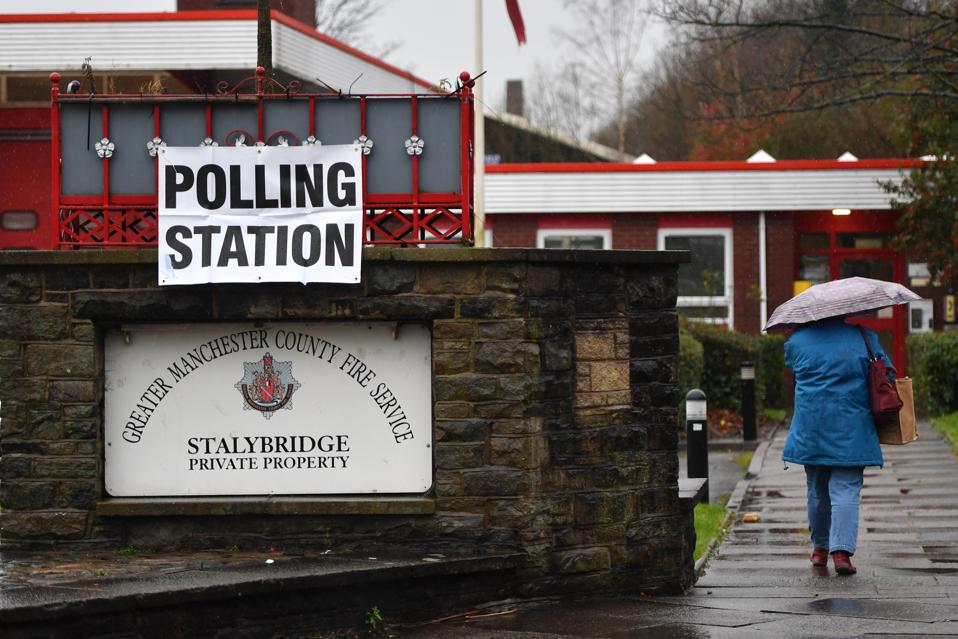 As I write this the U.K. exit polls are out and they show the British Conservative party and their new leader Boris Johnson on track for a majority.

This means that Brexit should now be a certainty.

The Brexit debacle, which overwhelmed the British parliamentary process for so long, has meant that an era changing of the guard has taken place with many established politicians imploding and leaving politics entirely or swapping sides or coming out in opposition to their previous parties.

Brexit has driven politics and the electorate to the edge of a nervous breakdown, but now it seems that process will come to an end by the first knocking of 2020.

This afternoon the FTSE rallied 1% as it would appear the market decided there was going to be a Conservative win and Brexit would be settled, and tomorrow if the exit polls translate as they have in the last several elections, there will be a bigger rally in the morning.

While you can generally rely on politicians to mess up, a Conservative win should mean Brexit and should mean a huge reflationary sweep to smooth over the waves of disruptions bound to follow.

The parsimonious Conservative governments have built up a huge potential war chest, if you care to see it as such, by bringing the deficit down to below 2% of GDP over the last two years. You might argue that if you considered a deficit of 4.5% okay, as does China and the U.S., there is about £100 billion of spending in reserve and £60 billion that can be spent in addition going forwards. That would be plucky. But a U.K. outside of the EU is going to have to be plucky if it is going to dislocate itself from its largest market and by necessity be made to struggle to rebuild that relationship.

Now some might blanche at spending an extra 3% of GDP to “pay for Brexit” but you can flip it around and ask why aren’t we already doing this if the three biggest economies of the world are running a budget deficit in and around 4.5%.

After all, if you are going to go “hell for leather” such a moment as Brexit is going to be the time.

With financial services getting on for 20% of U.K. GDP and much of that at risk of going away, investment into infrastructure to replace this industry with others is going to take daring and could be in the long run hugely reinvigorating, but it is unlikely to happen if the government pinches pennies and lets the roof cave in.

I do not expect the Conservative government to make this mistake. It must be radical and that will be expensive. A boom will need to be manufactured simply to keep things on an even keel.

If this comes together there will be a huge stock market rally.

Unless I’ve got this utterly wrong, and there is nothing like politics to bamboozle, by the end of this new government in five years the FTSE will have hit 14,000.

That’s a big prediction, especially for a market that has gone nowhere in a generation.

If you wake up on December 13 and Boris Johnson is still PM, if you are not long the FTSE you should get cracking.

I most certainty am.

In 2018, Chambers won Journalist of the Year in the Business Market Commentary category in the State Street U.K. Institutional Press Awards.