Breaking
Channel Your Impact With a Self-Directed IRA
How To Reach Your Customers This Holiday Season
10 Key Steps That Will Help You Make...
TikTok Will Limit And Label Videos Prematurely Claiming...
How A British Graphic Novel Publisher Is Leading...
Dow Plunges 600 Points On Third Day Of...
According To A New Study, Patients Are Texting,...
How To Keep Your Digital Media Assets Secure
Be Better At Building Your Team
Saying No In Order To Grow
Sherwin-Williams Stock Is Unlikely To Sustain Its Current...
How Successful Entrepreneurs Use The Law Of Attraction
Elon Musk’s Economics 101 Course For Japan
Raoul Pal: Gold Investors “Will Flip To BTC”...
Dating Site Takes On Social Media Dangers Of...
Trump Campaign Website Hacked In Cryptocurrency Scam
Home Business ContourGlobal Abandons Coal In Kosovo And Switch To Renewables
Business

ContourGlobal Abandons Coal In Kosovo And Switch To Renewables 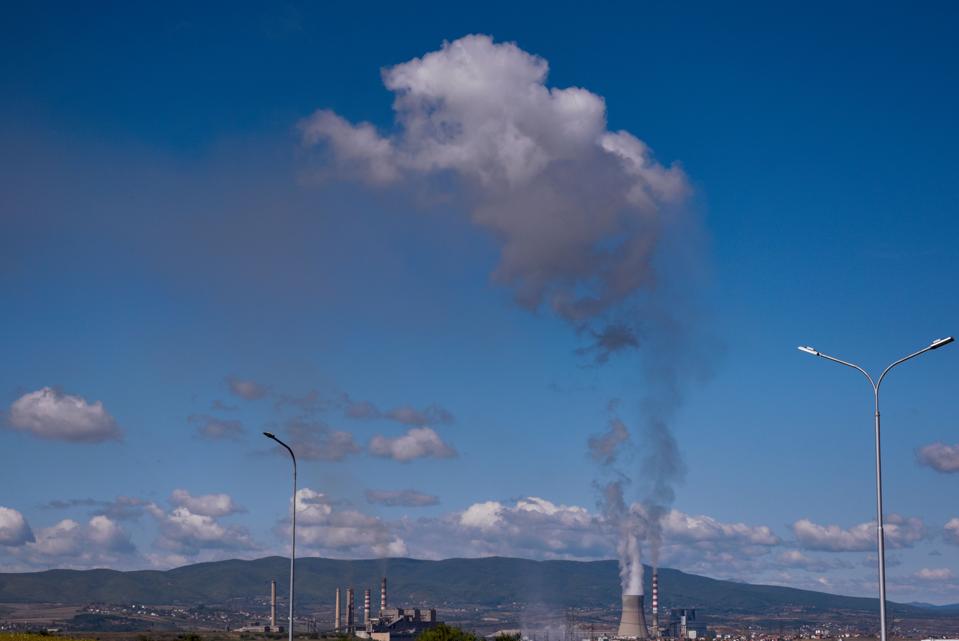 Smoke rises from the chimneys of a coal power plant near the town of Obiliq, on the outskirts of … [+] Pristina, on September 27, 2019. (Photo by Armend NIMANI / AFP) (Photo credit should read ARMEND NIMANI/AFP via Getty Images)

International owner and operator of power assets ContourGlobal abandoned its plans to build a new coal power plant in Kosovo on Tuesday, one month after the creation of the new government under Albin Kurti’s leadership. The company announced a new focus will be put on alternative energy forms, including renewables.

The construction of a 500-megawatt coal-fired power plant is the third project of this kind to be canceled in the region in the past six months.

While the previous government had committed to buying electricity from the new plant, the new coalition formed after previous minister Ramush Haradinaj’s resignation didn’t do the same.

“The political situation in Kosovo since July has made it impossible for the project to meet the required milestones by its project completion date, and therefore cannot go forward,” a spokesman from ContourGlobal told Forbes.com.

Kurti’s party is the leftist Vetevendosje (Self Determination), which created a coalition government in February together with the centre-right Democratic League of Kosovo.

In an interview for BIRN’s televised program ‘Jeta ne Kosove’ in December, Kurti defined the country’s reliance on coal as “unsustainable”. “Currently, coal is the necessary evil that we need to be free of, and the faster we do so, the better,” he said. “We need to look into the possibility of getting rid of it.”

“Where previous governments wasted time and effort in futile attempts to keep coal alive at the expense of the taxpayers, their health and the climate, there now can and must emerge an inclusive and strategic process of building a Paris Agreement-compatible, climate-neutral, economically viable and renewable future beyond coal.”

“This is great news for Western Balkans too, because it helps all countries in the region to abandon coal, free up resources and focus on accelerated deployment of the region’s enormous renewable energy potential in place of what is now Europe’s most polluting coal fleet”

ContourGlobal’s president and CEO Joseph C. Brandt also declared in a preliminary results announcement that they “see many opportunities for further growth, including organic, greenfield and acquisitions.”

“Kosovo was due to be our last coal development project, and in the future we will not develop or acquire coal power plants,” the spokesman added. “As a result we are able to move more rapidly towards our objective of continuing to reduce CO2 emissions in our portfolio, and focus on renewable and high efficiency thermal assets.”

Coronavirus Stimulus: That $1,200 Check And Two Other Numbers That Will Affect Your Wallet