Breaking
Looking To Improve Efficiency In Your Business? Here’s...
AI and machine learning for business
How Social Media Changed the World
Shopify: The Pros and Cons
Should your business go green?
Expanding Your Business Into Spain: What You Need...
Essentials For Your Office Coming Out Of COVID-19
What Can Marketers Learn From Digital Cults?
Why NASA’s James Webb Space Telescope Will Never...
Increasing HR Effectivity and Efficiency through Software Solutions
The Difference Between Building A Startup In Bull...
Fluor Corp Ranked Among Today’s Top Shorts
Common Pitfalls to Look Out for When Buying...
Will the Olympics go ahead this year?
Pack Up the Big Top: Insights from MozCon...
Best WordPress Themes for Blogs
Home Technology Coronavirus And Global Supply Chain Disruption: A Wake-Up Call For Climate Policy?
Technology 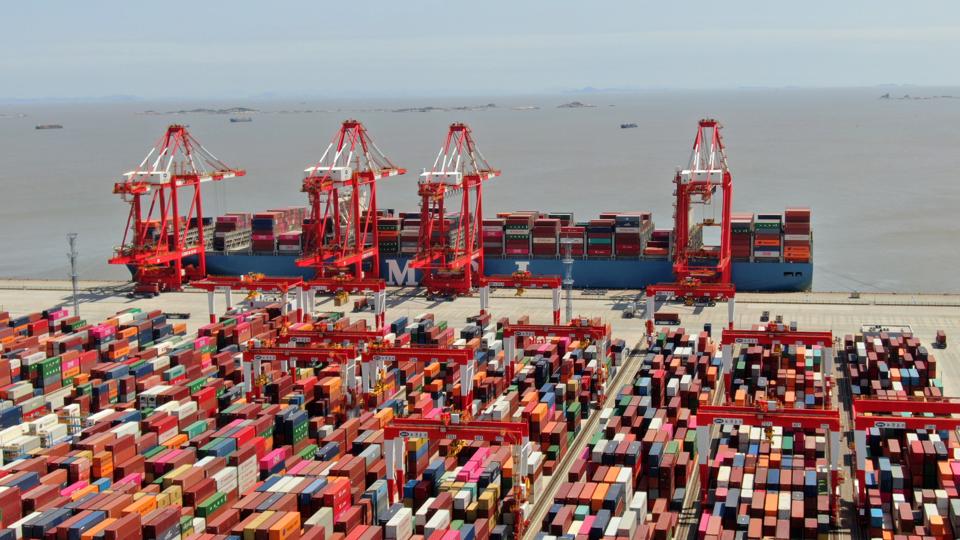 Coronavirus has slowed down economic activity and temporarily reduced China’s carbon emissions. However, there is a deeper implication for climate policy: decarbonization depends on global supply chains for inputs required for electric vehicles, solar panels, and wind turbines.

What if these supply chains get disrupted? The consequences are serious when inputs come predominantly from a handful of countries. China is the leading supplier of “rare earth elements”, which gives it an enormous power in the renewable energy market. For some critical minerals, especially cobalt, the world relies on conflict-ridden and politically unstable countries, such as Congo, which again poses a problem for supply chain reliability. The bottom-line is that supply disruptions abroad can derail decarbonization at home.

The Supply-Side of Decarbonization

In 2015, solar and wind contributed to about 7% of global electricity.  Their salience is projected to increase to 50% by 2050. The International Energy Agency forecasts that the number of electric cars worldwide will increase from 3 million in 2017 to 125 million by 2030.

China dominates the global solar panel market. Supply disruptions due to coronavirus are already posing serious problems in countries such as India, which imports 80% of its panels from China. But the decarbonization problem is not about the availability of finished products. These could be manufactured in many countries.

The strategic challenge lies in sourcing inputs, which can be found only in specific countries. Climate advocates should explain how “critical minerals” will be procured, given their skyrocketing demand. Afterall, there are technological, ecological, regulatory, and political hurdles in increasing their supplies.

What are “critical minerals”?

The U.S. government has identified 35 minerals critical for the economy and national security. These include lithium, nickel, cobalt, and manganese. Many of these are also essential for decarbonization. Every electric car requires 10-20 pounds of cobalt and 40 pounds of lithium!

Within critical minerals, there is a subset known as rare earth elements, REEs (while the government puts all REEs in the critical minerals list, not all REEs are critical for the economy). REEs are especially crucial for high-tech products such as electric and hybrid vehicles.

The US relies predominantly on imports for 29 of the 35 critical minerals. For REEs, however, it is fully dependent on imports. The political problem is that China controls 70% of global REE supplies.

The Chinese government has not been shy of using this monopoly for political ends. In 2010, when Japanese coast guard detained a Chinese fishing trawler, China cut off REE supplies to Japan. More recently, Chinese President Xi Jinping suggested that in response to US tariffs, China may cut off REE exports to the US.

Given the current configurations of the material supply chains, decarbonization could become hostage to Chinese politics, whether political or public health-related.

Why Not Open New Mines and Processing Facilities?

Critical minerals are either mined or recovered during the processing, smelting, or refining of another mineral. Mines and processing facilities tend to have a toxic legacy. Perhaps, this is why many fear that the industry will use national security (or climate change) as a ruse to weaken environmental protection laws. No wonder even a climate leader, such as Greenpeace, opposed Malaysia’s Rare Earth processing facility operated by the Australian company Lynas because it did not employ the best available environmental practices.

To protect the environment and local communities, US domestic mining is subject to several regulations, including a review under the National Environmental Policy Act. Industry and environmental groups disagree about the extent to which these regulations slow down new mine development. For example, industry complains that permitting of new mines can take up to 10 years. In contrast, the US Government Accountability Office puts the number at 2 years. In response to industry concerns, Senator Lisa Murkowski (R-Alaska) and Representative Mark Amodei (R-Nevada) have introduced bills that seek to ease the mine permitting process.

Supply shortages can be addressed in other ways as well. The 2017 Federal Critical Mineral policy notes the role of R&D in reducing critical mineral use in products. For example, in response to the Chinese embargo, Toyota and Honda developed new magnets for their electric motors with significantly reduced content of REEs such as terbium and dysprosium.

Also, there is an opportunity to recycle minerals from discarded products. Senator Angus King (I-Maine) has proposed the “Battery and Critical Mineral Recycling Act.” For perspective, the US recycles less than 5% of spent batteries, compared with roughly 40% in Europe.

Developed economies have a track record of sending their “dirty” industries abroad. Would the same sort of “trade leakages” characterize critical minerals supply chain as well?

Many critical minerals tend to be mined and processed in conflict-prone countries with poor governance. Take the case of cobalt, sometimes called the “blood diamonds of batteries.” About three-fourths of the world’s cobalt originates from Congo. About 20% of this production takes place in informal artisanal mines, which have poor environmental and labor safety records. While Elon Musk has tweeted that he wants a cobalt-free battery, this may take time, even for Tesla.

The 2010 Dodd-Frank Act required American companies to verify that tin, tungsten, tantalum, and gold they use does not originate from Congo and its adjoining countries. Unfortunately, cobalt was not included in the list. The 2017 EU law also does not cover cobalt.

Given these governance gaps, several multi-stakeholder initiatives have emerged to improve environmental and labor rights in the mining industry. For example, the Initiative for Responsible Mining Assurance (IRMA), a global certification program, requires mining companies to follow the practices outlined in the Standard for Responsible Mining and subject themselves to third party audits. Important actors including BMW, Microsoft, Tiffany, Anglo American, and ArcelorMittal along with labor unions such as IndustriALL Global Union and United Steelworkers and NGOs, such as Earthworks and Human Rights Watch, have endorsed this program. But it is not clear to what extent these initiatives will change on-the-ground practices.

Existing mines can meet the increasing demand only to a point. This means new mines will need to be commissioned, but this will require massive capital investment and enormous regulatory oversight. One option is for the IPCC to connect various decarbonization scenarios to input requirements. Perhaps, the Conference of Parties could take this issue in greater depth.

The coronavirus episode reveals the downside of globalized supply chain and the political perils of allowing China to dominate them. Without a clear mineral supply chain strategy, decarbonization by 2040 or 2050 will be challenging to achieve.

A Recent College Graduate Takes On Bullying As His Side Hustle