Breaking
Rival Independent ‘Oversight Board’ Formed By Facebook’s Rivals
Meet George The Poet: Spoken Word Artist Partnering...
Parrot Plumage Color May Be Linked To Body...
Best Applicant Tracking Software
Recent Precious Metals Dip A Buying Opportunity
Looking For Venture Capital? Here’s How One 50+...
Trump Will Create More Debt Than Obama
Growing Your Retirement Money Using 401(k) Dollar-Cost Averaging
Wellness Exec Abby Miller Levy Partners With Venture...
Microsoft Teams Issues Strike To Zoom With Tidal...
What’s Coming For The S&P 500 In October
4 Ways You Can Showcase Empathy With Your...
A $22,000 Microsoft Surface Will Soon Be For...
Zooming In – Should SMEs Invest In The...
iOS 14: The Surprising Security Risk Of Sharing...
How A Break From Lord Sugar Changed The...
Home Technology Coronavirus By The Numbers: Worldwide Cases Top 1 Million, Louisiana, Michigan, Connecticut, Indiana, Georgia And Illinois Are Next Hotspots In U.S.
Technology

Coronavirus By The Numbers: Worldwide Cases Top 1 Million, Louisiana, Michigan, Connecticut, Indiana, Georgia And Illinois Are Next Hotspots In U.S. 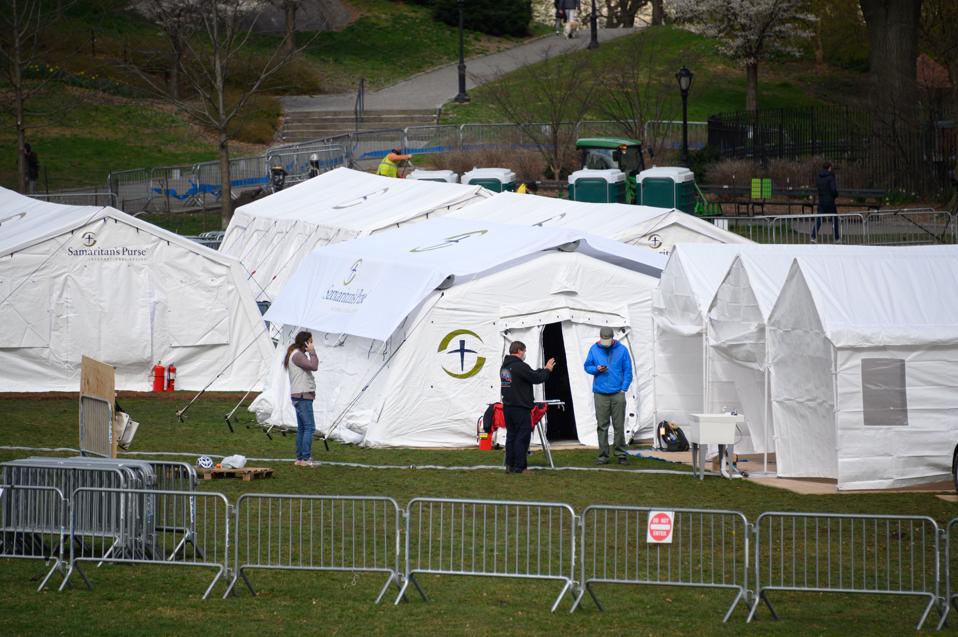 NEW YORK, NY – MARCH 31: A temporary hospital is built in Central Park on the East Meadow lawn … [+] during the Coronavirus pandemic on March 31, 2020 in New York City. The facility is a partnership between Mt. Sinai Hospital and Christian humanitarian aid organization Samaritan’s Purse, equipped with 68 beds to treat COVID-19 patients. (Photo by Noam Galai/Getty Images)

Topline: The coronavirus outbreak —  which likely originated in Wuhan, China and spread to the rest of the world — is now a pandemic affecting 180 countries, shutting down travel and launching a global recession; here are the latest numbers:

Crucial quote: “This coming Sunday is D-Day,” according to New York City Mayor Bill de Blasio. If critical supplies do not arrive soon, thousands will die, he said.

“At the current burn rate, we have about six days of ventilators left in our stockpile,” New York Governor Cuomo similarly warned on Thursday; the state’s predicted apex could hit anywhere between 7 to 30 days, he said.

President Trump said on Tuesday that the next two weeks would be “very painful.”

The U.N. Chief said earlier this week that the current pandemic is the worst crisis since World War II.

Big numbers: 35% of all tests in New York and New Jersey so far have been positive, Dr. Birx said on Thursday.

The White House projected earlier this week that 100,000 to 240,000 Americans could die from the virus, with a peak in infections around two weeks away.

Five Sophisticated Snacks To Get You Through Another Month Of Quarantine