The Chief of the World Health Organization (WHO), Tedros Adhanom Ghebreyesus, stated on February 3 2020 that travel restrictions were not needed to beat the Covid-19 outbreak. Ghebreyesus said measures would not be required that “unnecessarily interfere with international travel and trade.”

Hong Kong and Singapore did not heed that advice from the WHO and implemented travel restrictions for incoming passengers and flights from mainland China two days earlier on February 1. These countries have learned from their past virus outbreaks. 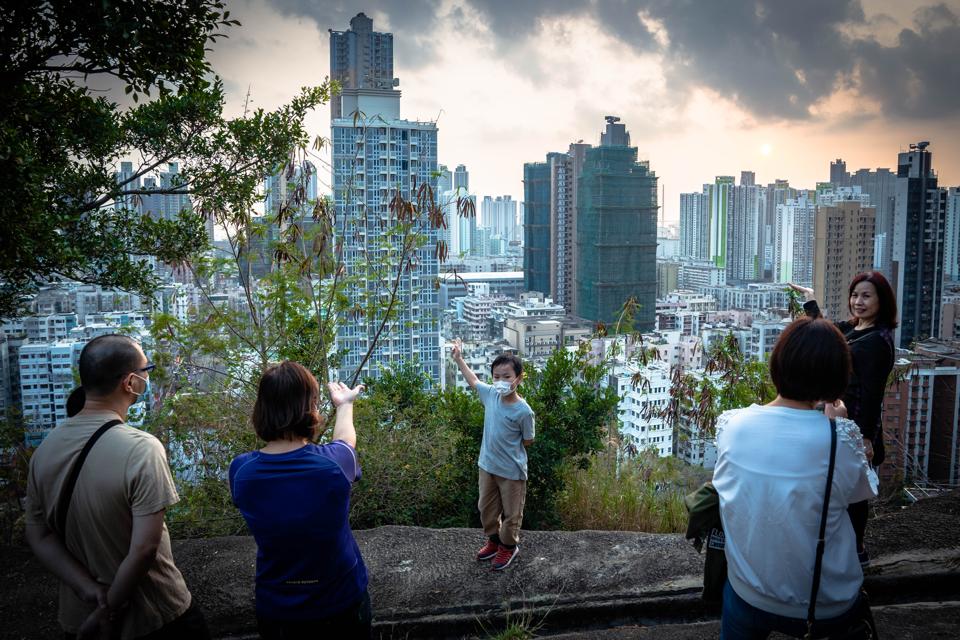 Since the onset of the COVID-19 outbreak that has shut down life for almost everyone around the world, Singapore and Hong Kong have been containing the spread of the virus with a great degree of success.

With travel restrictions and shutdowns now affecting cities and countries around the world, both Hong Kong and Singapore were close to the epicentre of the outbreak since the onset. 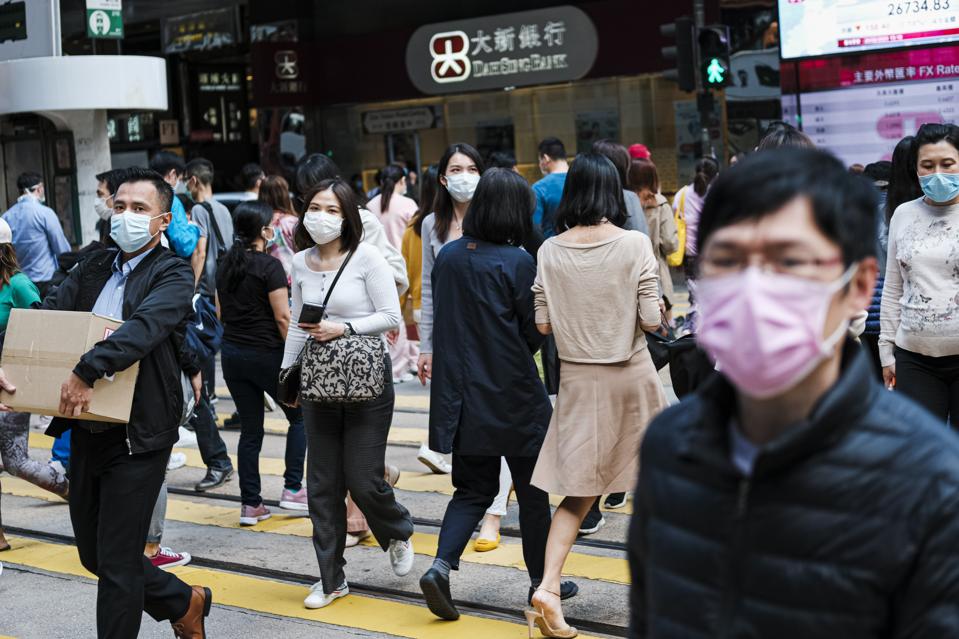 However, unlike the mass shutdowns experienced in Europe and now the U.S., these nations have calmly and effectively dealt with the outbreak.

Hong Kong has learned many lessons from the SARS (severe acute respiratory syndrome) outbreak in 2003. SARS led to 299 fatalities in 2003 on the island nation despite its proximity to the hardest-hit areas in China. 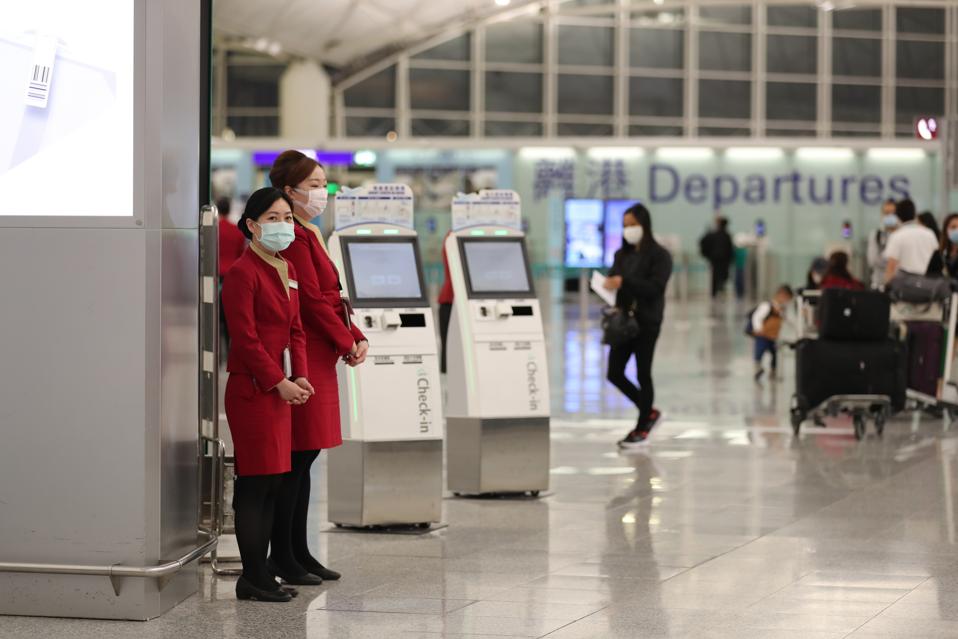 HONG KONG, CHINA – 2020/02/20: Inland flight attendants wearing protective mask at the departure … [+] hall at the Hong Kong international Airport. Since the outbreak of the Corona Virus epidemic in Wuhan, China, concerns have risen about how the virus might be spread by air travelers. Flight attendants and pilots are now wearing face masks and fewer people are traveling for fear of catching the virus. The airport in Hong Kong is much quieter than usual. (Photo by May James/SOPA Images/LightRocket via Getty Images)

The first case of Coronavirus was recorded in Hong Kong on January 23. Since then, Hong Kong has used sensible strategies to contain to outbreak of Coronavirus from the onset and officially reported just 120 cases of the virus with 5 fatalities.

Hong Kong is now being seen as an example for the rest of the world to follow. Very little panic has occurred despite contending with the outbreak of the virus for months. 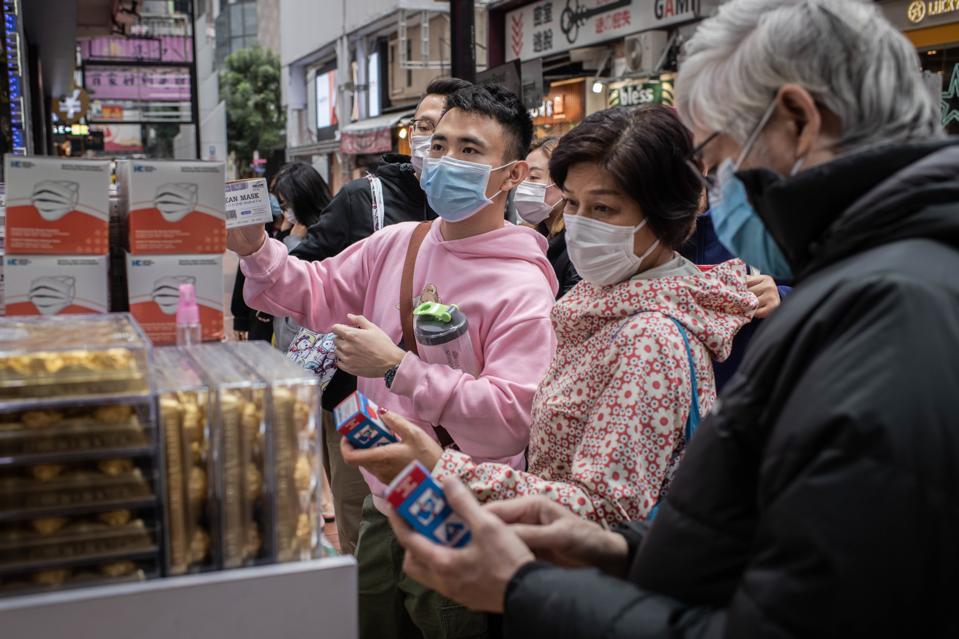 HONG KONG, CHINA – 2020/02/06: Customers wearing surgical mask buy more masks and alcohol in a … [+] Pharmacy at the Causeway Bay district in Hong Kong. Another day in Hong Kong during the corona virus outbreak. Community outbreak declared in the city: the government said all travellers from the mainland China, including Hong Kong residents would be placed on a mandatory 14-day quarantine as part of its escalated response to the contagion. (Photo by Ivan Abreu/SOPA Images/LightRocket via Getty Images)

Hong Kong already identified the dangers of Covid-19 on January 4, far before the first case was confirmed in the city-state. The country has long been aware of the rapid spread of respiratory virus’ and has taken sensible action for decades to avoid the spread of them.

The measures that are currently advised throughout the rest of the world that are experienced forced lockdowns, such as avoiding large gatherings, washing hands regularly and covering your mouth when coughing or sneezing are imperative and commonplace in Hong Kong. The country has learned from past complacency.

Hong Kong canceled school early at the end of January, immediately after the first recorded case, and encouraged citizens to practice social distancing, without having to enforce full lockdowns. 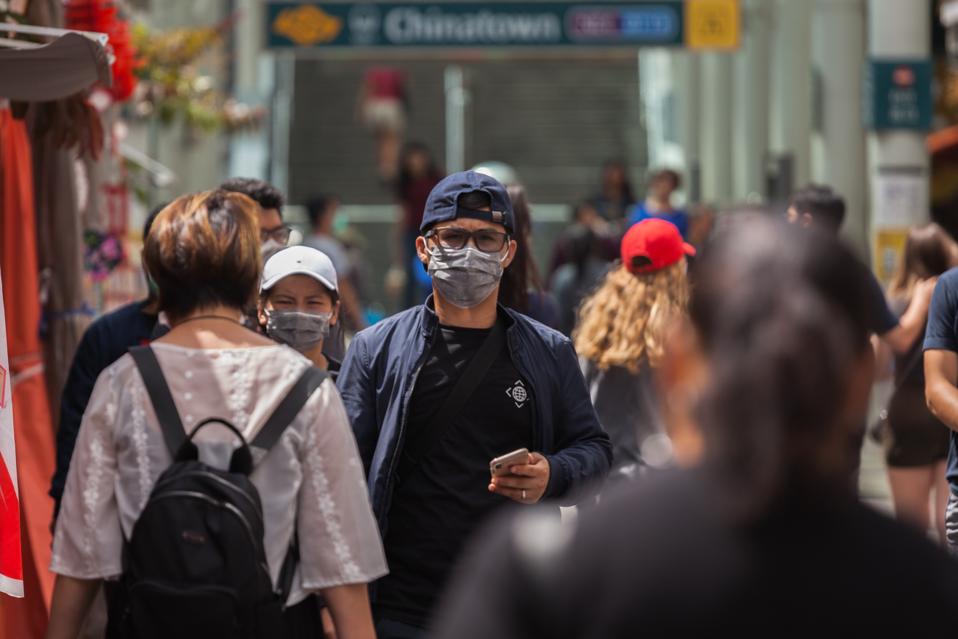 Widespread testing also took fold in Singapore which was quick to ensure that the country knew who was infected and forced isolation to prevent the virus spread.

Although there are still current restrictions in Hong Kong and Singapore, neither nation has had to implement a forced lockdown, and life has largely continued in a sensibly cautious way.

Recovery numbers in Hong Kong and Singapore are on par or even outstripping new daily cases of COVID-19 now. Although it is too early to claim the spread of the virus has been defeated in these countries, it has certainly been contained.

Many in Europe and the U.S. can look to the positivity in Hong Kong and Singapore. The difference, however, was the quick, early and sensible measures taken in these Asian countries right at the start, to ensure that countrywide lockdowns were not imposed.

Currently, for everyone around the world, the more positive outlook in Hong Kong and Singapore represent paramount hope moving forward.

A Cautionary Tale About Social Distancing For St. Patrick’s Day And Every Day