Home Technology Coronavirus Could Send Stocks Down Another 10% Or More, History Shows
Technology

Coronavirus Could Send Stocks Down Another 10% Or More, History Shows 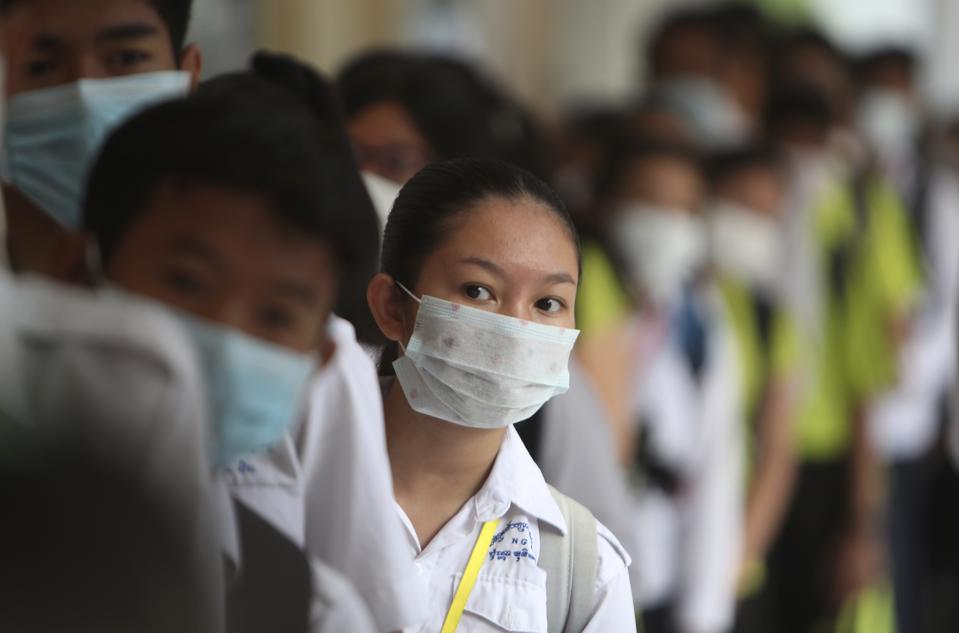 Students line up to sanitize their hands to avoid the contact of coronavirus before their morning … [+] class at a hight school in Phnom Penh, Cambodia, Tuesday, Jan. 28, 2020. China on Tuesday reported 25 more deaths from a new viral disease, as the U.S. government prepared to fly Americans out of the city at the center of the outbreak. (AP Photo/Heng Sinith)

The coronavirus, which is wreaking havoc in China, could slash another 10% or more off the value of stocks, history shows. Before the crisis is over, investor losses could be far worse.

SARS Is The Best Comparison We Have

The most talked and written about comparison to the current health scare is the SARS flu (Severe Acute Respiratory Syndrome) epidemic of 2003. Just like the Coronavirus, the SARS outbreak seems to have started in China.

More than 8,000 people got sick from SARS in 2003 with almost one-in-ten (774) of those infected dying , according to the Centers for Disease Control.

That cost the global economy between $40 billion and $54 billion, according to a paper published by the National Academy of Sciences. In other words, small potatoes when compared to the multi-trillion dollar world economic output.

But many investors may have fared far worse than did the economy.

From peak to trough the SARS crisis S&P 500 lost 14% over a period of almost two months, according to an analysis by New York-based financial firm Macro Risk Advisors (MRA.) It subsequently bounced back quickly.

Coronavirus To Make the Market Sick

If the coronavirus has the same impact on markets as did SARS, the investors should brace themselves for a rollercoaster ride in the stock market.

So far during this health crisis the stock market has barely moved. From the all-time-high reached on January 17 the S&P has fallen 1.2%. It was after that date that investors got spooked, even though news of the outbreak in China goes back to December.

That means there’s a fall coming of at least another 12% if the history of the SARS outbreak repeats.

Worse to Come from Coronavirus?

But history might not hold. The coronavirus could actually be far worse than SARS because the so-called incubation period for the disease is longer.

For SARS the symptoms could take as long as 10 days to appear, but for Coronavirus it could extend to two weeks, or 40% longer.

That means that people infected with coronavirus would be able to walk around without symptoms for far longer and so infect more people across the globe.

Or put another way, many more people could catch the disease.

Already more than 6,000 people have caught the disease and 155 have died. And the crisis has only just begun.

“The Coronavirus outbreak could get worse before it gets better,” states a recent report from MRA.

Put simply, the recent stock market bounce may be temporary unless the authorities get a handle on the matter fast. And the final hit to the stock market may be even greater than that from SARS.

Why We Need To Track The Lifecycle Of Electric Vehicle Batteries

What Won’t Change For IT Leaders In 2020