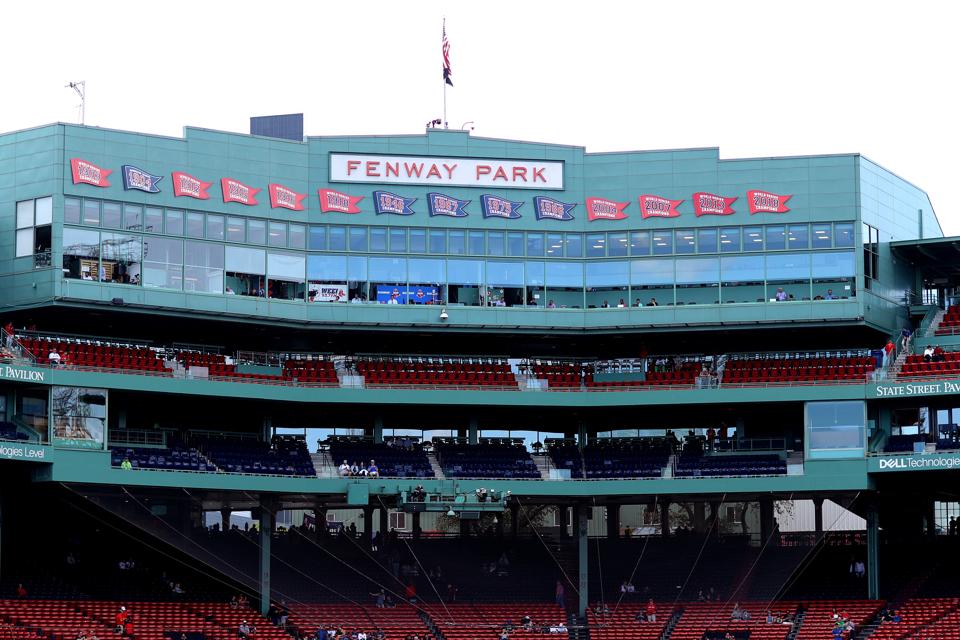 BOSTON, MASSACHUSETTS – SEPTEMBER 29: A general view of the grandstand and Fenway Park signage at … [+] Fenway Park before the game between the Baltimore Orioles and the Boston Red Sox on September 29, 2019 in Boston, Massachusetts. (Photo by Maddie Meyer/Getty Images)

The announcement that no one except for players and necessary team personnel will be allowed into Major League locker rooms is just the beginning. The next step was probably going to be that games will be played with no fans, but now the next step appears that there may be no games.

Wednesday night’s announcement by the NBA that they are suspending play will certainly not be the last major announcement by a professional sports league. The Ivy League has already cancelled all of their spring sports practices and games after cancelling their post season basketball tournament. So what does this mean for the Red Sox and Major League Baseball? 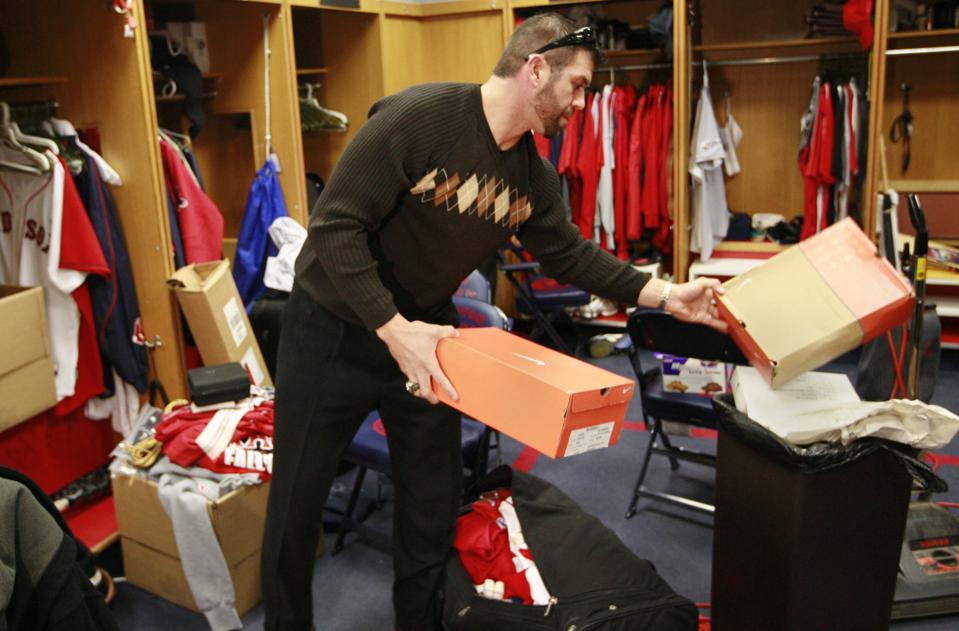 The banning of all media from Major League locker rooms was done in answer to the coronavirus, but I believe that the media will never be allowed back into a team’s locker room, and that goes for other major sports teams.

Overall, neither the media or the players enjoy this interaction, mostly because of the lack of space, at least in Boston. There are so many media members in Boston and most of the teams’ locker rooms are not very spacious, save for the Patriots’ locker room. Even with that spacious locker room at Gillette stadium, when one Patriots player talks, he is often surrounded by 20 to 40 media members. 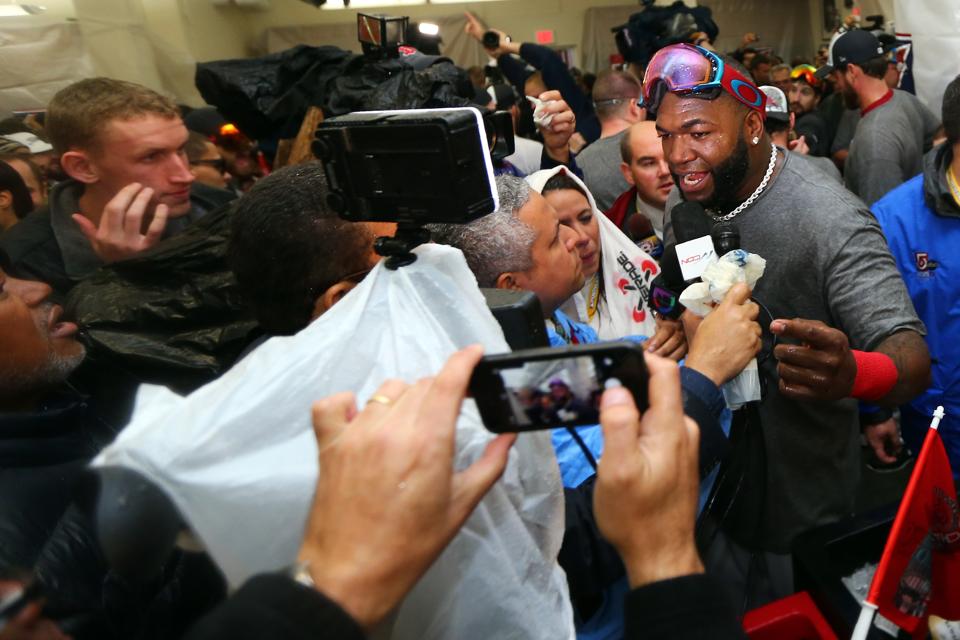 BOSTON, MA – OCTOBER 30: David Ortiz #34 of the Boston Red Sox celebrates in the locker room after … [+] defeating the St. Louis Cardinals 6-1 in Game Six of the 2013 World Series at Fenway Park on October 30, 2013 in Boston, Massachusetts. (Photo by Elsa/Getty Images)

So what is the next move for the Red Sox and Major League Baseball? The start of Japan’s professional baseball league was suspended until sometime in April. Will or should the MLB suspend the start of their season? Opening day is just two weeks away on Thursday, March 26th. Should MLB begin the season with no fans like the NCAA decided to do with the upcoming basketball tournament?

The Red Sox are scheduled to begin their season on the road with four games in Toronto followed by three more in Baltimore. The home opener at Fenway is in three weeks on Thursday afternoon, April 2nd. I cannot imagine a Major League Baseball game at Fenway Park with no fans, but at this stage it is a viable option to dealing with the spreading of the corona virus. With the current status of Covid-19, anything is possible. 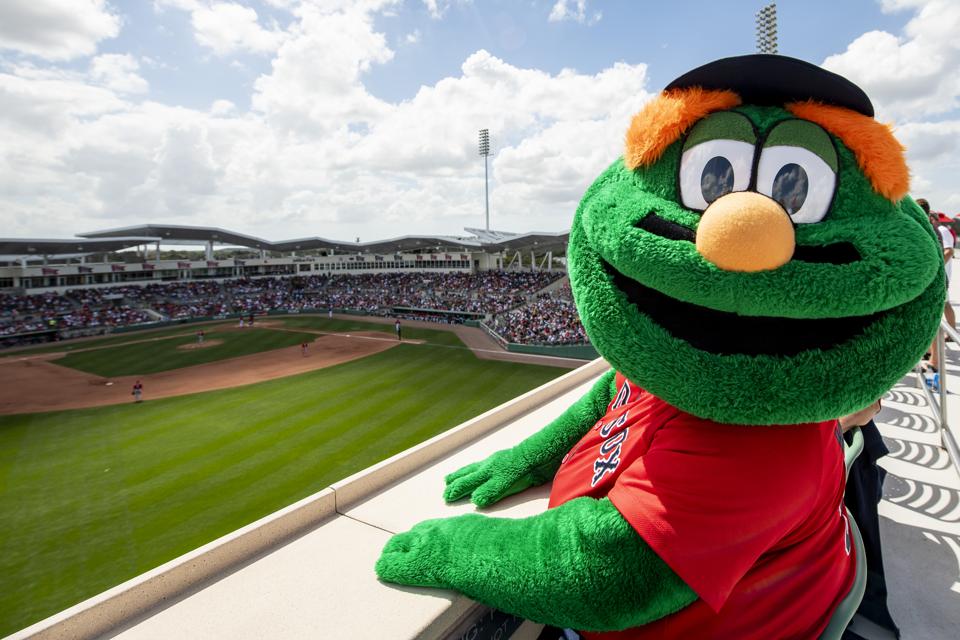 At this point, a suspension of the beginning of the MLB season makes the most sense. Teams can stay in the warmth of their spring training sights in Florida and Arizona for another week or two or as long as it takes.

It is a very uncertain time in the world. It almost seems trivial to be talking about sports, but sports is such a big business that affects so many people and their livelihoods. Tomorrow, the news will change, which will bring more challenges and more decisions.

8 Books That Will Make You Reconsider How You Manage Relationships

The Countries With The Most Critical Care Beds Per Capita [Infographic]

How To Make Your Early-Stage Startup Valuable To...