Breaking
Everything You Need to Know About Corporate Social...
Is Adaptive Leadership the Key to Motivating Employees?
Why business events are set to return with...
Business events set to return with a bang!
Expanding Internationally: 5 Things to Consider for eCommerce...
How the Machine Shop Is Going Digital in...
Sustainable Food Packaging Is Helping the Hospitality Sector...
Top 5 Investment Practices To Make More Money...
Managing IT Requirements for SMEs: 5 Aspects that...
How To Build a Successful Luxury Brand In...
Finding The Best Google AdWords Consultant for Your...
8 Top Tips To Help Your Agricultural Business...
Three Reasons Why Office Décor and Design Are...
Looking To Improve Efficiency In Your Business? Here’s...
AI and machine learning for business
How Social Media Changed the World
Home Business Coronavirus Furore Allows Lazio To Move Top Of Serie A Almost Unnoticed
Business 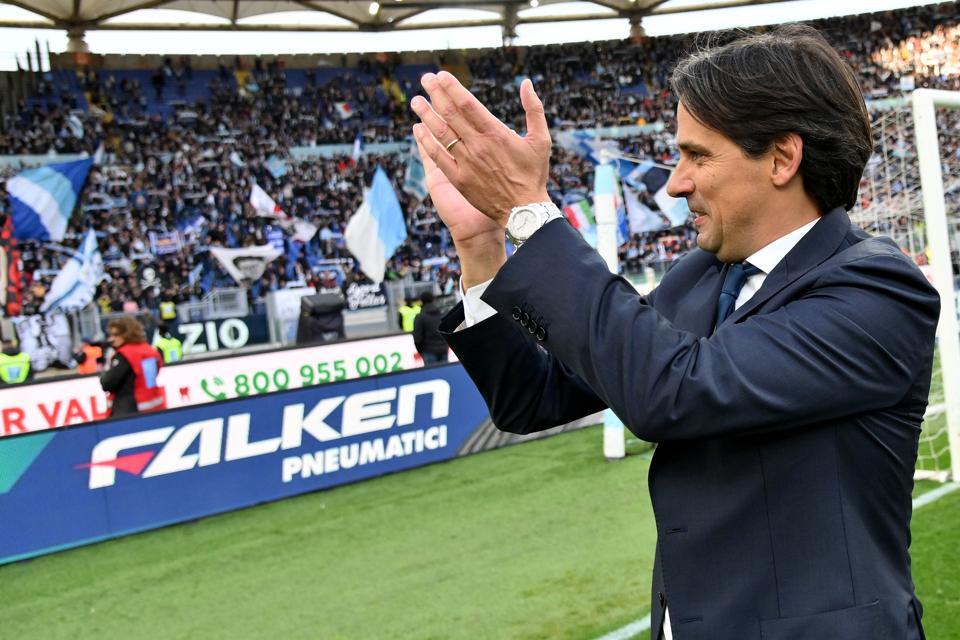 Coronavirus continues to dominate the headlines across the Serie A landscape, as the intense row and speculation over when postponed matches from affected areas will be rescheduled. While debate rages over when the crunch fixture between title-chasers Juventus and Inter will be played, one side has been quietly taking care of business, content with its place out of the limelight.

A 2-0 win over Bologna saw Simone Inzaghi’s Lazio rise to the top of Serie A last weekend, albeit having played one game more than Juve and two more than their Milanese rivals Inter. They have not occupied top spot since they won the Scudetto two decades ago, while that most recent victory has also taken them to 21 consecutive matches unbeaten, a run that has beaten their previous record by an extra four games.

That their results have even outdone that memorable 1999/2000 season, in which the Biancocelesti won the title with Sven-Goran Eriksson, has made Inzaghi’s work even more impressive. The 43-year-old was in the squad as a player that year, and it seems that he has taken on board what it takes for an underdog team such as Lazio to win the ultimate prize.

“I see a similar atmosphere,” said the boss when asked to compare winning 20 years ago to the present day. “I see lads who care for each other and a Coach that has to make dozens of difficult decisions every day that are accepted. I remember at the time, we all listened to what Sven-Goran Eriksson said and adopted his decisions.

“We are top now. I dreamed when I took this job four years ago of taking the club to success, of getting back into Europe regularly, of winning silverware. We did just that and we won three trophies in the last four years.”

Indeed, when the all-too-elusive Scudetto trophy was last theirs, it was with a squad that cost a ludicrous amount of money to assemble, but this time around, their secret is fairly simple in footballing terms. They have been much more frugal in their spending, relying instead upon keeping a fairly tight backline and scoring plenty of goals, the latter task something that striker Ciro Immobile has been only too happy to assist with.

The forward has netted an astonishing 27 times already this season, having scored six more than Cristiano Ronaldo of Juventus. Immobile’s tally accounts for no less than 45% of his team’s domestic total of 60, but he has not been able to do this alone. His team-mate Luis Alberto sits at the top of the Serie A assist chart with 12, four of those setting up Immobile and four for Argentine forward Joaquin Correa.

Behind them is the exceptionally talented Sergej Milinkovic-Savic, a midfielder who perfectly connects defence with attack, winning the ball back and either finding a team-mate or successfully taking it forward on his own.

Amidst all the noise and the speculation, Lazio are just quietly going about their business. Whether they really can break Juve’s run of eight consecutive title wins is anyone’s guess, but Inzaghi and his team are doing all the right things to give themselves the best chance possible of doing so.

Humans Are The Cause Of Bias In AI, But We’re Also The Solution