Breaking
Boston Globe Starting “Fresh Start” Initiative As Part...
Can Money Protect You From Covid-19? It May...
The Most Important Voice In Artificial Intelligence: Frontline...
Amazon’s Small Business Empowerment Team Is Helping Entrepreneurs...
10 Ways For Entrepreneurs To Power Through Tough...
Will The Cloud Take Down The Mainframe?
How Itamar Medical Stock Could Triple
How To Cash In On Biden’s Stimulus With...
The Refactoring X-Factor Behind Software Modernization
3 Habits Of Millionaires
Will The Stock Market Sell Off As Biden...
Microsoft Reverses Xbox Live Gold Price Increase Following...
Weekend Favs January 23
FDA Approves First Monthly Injections To Treat HIV
Low Volatility Investing Works In China Too
How 2020 Introduced Big Technology Startup Opportunities
Home Business Coronavirus Gets A New Name: COVID-19. Here’s Why That Is Important
Business

Coronavirus Gets A New Name: COVID-19. Here’s Why That Is Important 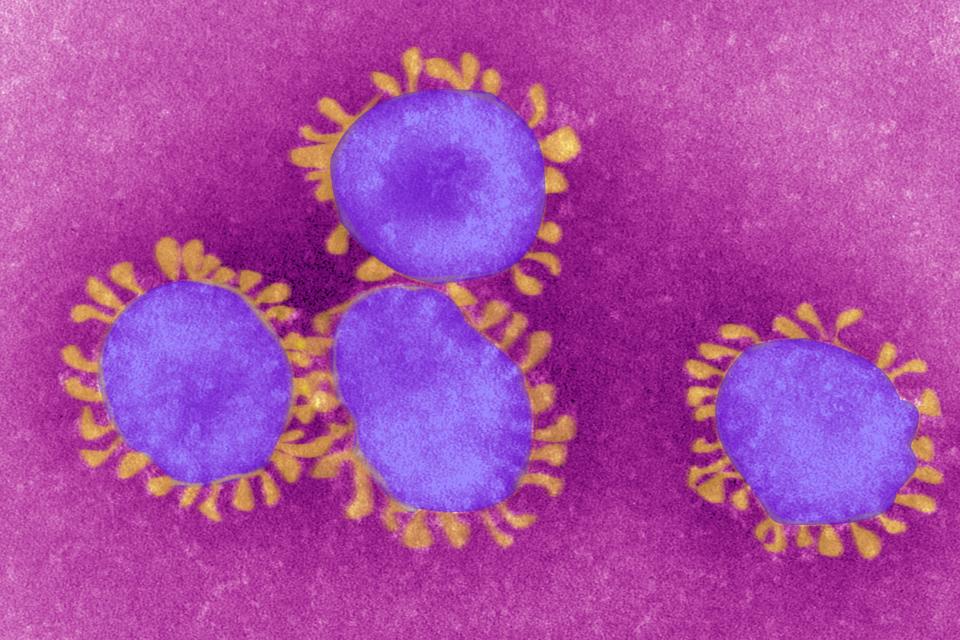 Today, the World Health Organization renamed the coronavirus involved in the recent outbreak with … [+] the hope of minimizing stigma. (Photo By BSIP/UIG Via Getty Images)

Today, the World Health Organization (WHO) announced the official new name of nCoV2019 (2019 novel coronavirus), the strain of coronavirus that has infected over 43,000 people worldwide, resulting in 1017 deaths.

COVID-19, as the virus will now be known, was decided on by the WHO, with the organization giving a number of reasons as to why it was chosen.

“Under agreed guidelines between WHO, the @OIEAnimalHealth & @FAO, we had to find a name that did not refer to a geographical location, an animal, an individual or group of people, and which is also pronounceable and related to the disease,” said Dr Tedros Adhanom Ghebreyesus, Director-General of the WHO.

The virus is thought to have originated in the city of Wuhan in China, which led to it being frequently named the “Wuhan coronavirus,” or “Chinese coronavirus,” but neither of these were official names and some believe they may have contributed to discrimination against Chinese people.

Chinese communities from around the world have been reporting racist incidents and dramatic impacts on their business including Chinese restaurants all over the U.S.

In Toronto, Canada, home to over 600,000 Chinese Canadians, restaurant owners have been reporting up to a 30% reduction in business, despite Canada having only 7 confirmed cases of COVID-19 and only 3 of these being in the province of Ontario where Toronto is located.

In the U.K., which currently has 8 confirmed cases of COVID-19, numerous reports of racist incidences against Chinese and other Asian people have been reported to authorities.

In Australia, the chief medical officer urged an end to racist attitudes towards Chinese-Australians after Chinese businesses reported a steep loss in takings and Sydney’s Chinatown was reportedly deserted on Saturday.

But does a virus’ name really matter?

Previous evidence would seem to suggest yes. “Swine flu,” which was actually a flu strain thought to originate in pigs, resulted in consumers shunning pork and causing great financial damage to U.S. pork farmers, despite there being no evidence that the disease could be spread via consuming pork.

MERS (Middle East Respiratory Syndrome), was first reported in Saudi Arabia in 2012 and is a particularly deadly coronavirus with around a third of people contracting it dying from the disease. However, the disease has so far been found in 27 different countries, including South Korea which reported a serious hit to its tourism industry when it reported cases in 2015.

Since these incidents, the WHO has decided on names which are more generic and not related to people, places or specific animals.

“Having a name matters to prevent the use of other names that can be inaccurate or stigmatizing. It also gives us a standard format to use for any future coronavirus outbreaks,” said Ghebreyesus.

It may be too late, but by renaming the current virus to COVID-19, the WHO likely hopes to de-stigmatize its association with the city of Wuhan and the people who live there.