Breaking
Can Money Protect You From Covid-19? It May...
The Most Important Voice In Artificial Intelligence: Frontline...
Amazon’s Small Business Empowerment Team Is Helping Entrepreneurs...
10 Ways For Entrepreneurs To Power Through Tough...
Will The Cloud Take Down The Mainframe?
How Itamar Medical Stock Could Triple
How To Cash In On Biden’s Stimulus With...
The Refactoring X-Factor Behind Software Modernization
3 Habits Of Millionaires
Will The Stock Market Sell Off As Biden...
Microsoft Reverses Xbox Live Gold Price Increase Following...
Weekend Favs January 23
FDA Approves First Monthly Injections To Treat HIV
Low Volatility Investing Works In China Too
How 2020 Introduced Big Technology Startup Opportunities
Apple Loop: Stunning iPhone 13 Decision, Shock New...
Home Finance Coronavirus Has Delta Airlines First In Suspending Some Flights To South Korea
Finance

Delta Airlines: not flying to South Korea anymore. At least not out of Minnesota. Other airports … [+] will see reduced service to coronavirus-hit South Korean cities. (Photo by Alex Tai/SOPA Images/LightRocket via Getty Images)

Delta Airlines is the first to say it will suspend flights to Seoul, South Korea.

Just not all of them.

The international carrier said flights to South Korea leaving from Minneapolis/St. Paul will no longer be in service and they will reduce flights to the coronavirus infected nation to five times a week between Seoul-Incheon and Atlanta, Detroit and Seattle until April 30, the company said, in an effort to help stop the spread of the virus dubbed Covid-19 that was first discovered in China in December.

Meanwhile, United Airlines added Italy to its waiver program on Thursday after already allowing for passengers to cancel flights to South Korea. They have one flight daily leaving from San Francisco.

Word of the flight restrictions came shortly after the Center for Disease Control and Prevention issued a Level 3 non-essential travel warning for all of South Korea due to the rising number of Covid-19 patients there. The CDC made the recommendation on Monday, saying there was “limited access to adequate medical care in affected areas.”

China is also a Level 3 travel warning. Italy is a Level 2.

Without the flight restrictions, Delta would be operating 28 weekly flights between the U.S. and South Korea.

American Airlines also offers flight waivers for people going to South Korea, but not yet to Italy. 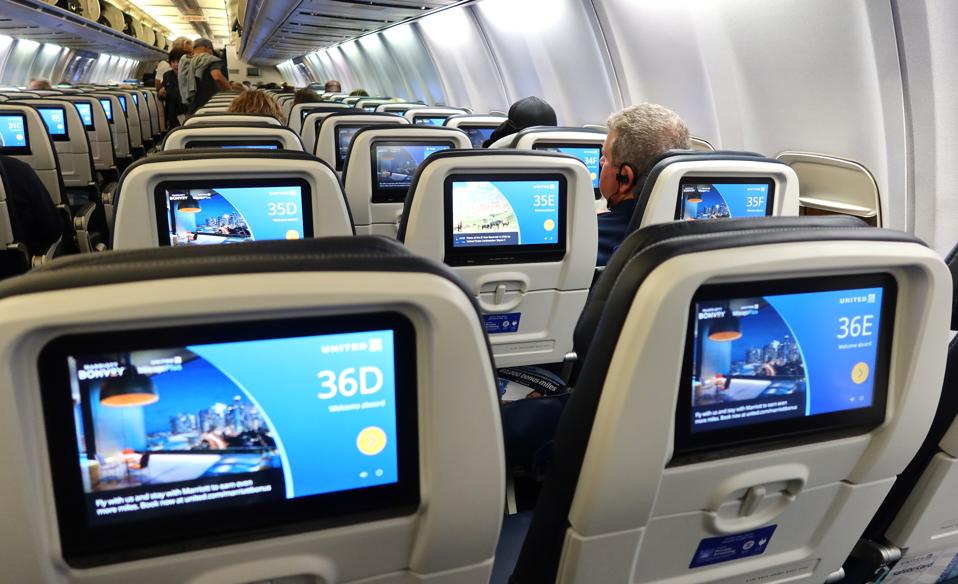 United Airlines offered waivers to passengers flying to northern Italy, one of the worst hit regions … [+] of the world with the deadly Covid-19. (Photo by Gary Hershorn/Getty Images)

All three carriers have suspended flights to China, including flights to Hong Kong. Most of them will ban their China-bound flights until the third and fourth week of April.

Both South Korea and Italy have become the top two countries after China facing an outbreak of Covid-19.

As of Thursday evening in both countries, South Korea has 1,766 cases and 13 deaths, while Italy has 528 cases and 14 deaths, according to data from Johns Hopkins University.

“It seems to me that travel restrictions are the way to go,” says Brendan Ahern, CIO of KraneShares in New York, a China-focused investment firm. “We need to restrict flights here from South Korea and Italy. Taiwan was one of the first to stop flights to China. They were reamed for it by Beijing, but they have very few cases because of it. You still had flights going from Italy and South Korea to China until very recently,” Ahern said in a conference call today.

The U.S. currently has 60 patients who tested positive for the virus. The respiratory infection is now seen spreading among people who did not go to China.

The U.S. pushed for flight restrictions with China early on, bringing Air China, China Eastern and China Southern Airline flights to a trickle.

“Trump should declare a six month corporate tax break for the airline industry,” says Vladimir Signorelli, head of Bretton Woods Research, a macro investment research firm in Long Valley, N.J. “If this outbreak worsens here and scares people away from travel you can have massive layoffs in the travel and tourism industry.”

Such a crisis would greatly impact consumer sentiment in the U.S., and in an election year. 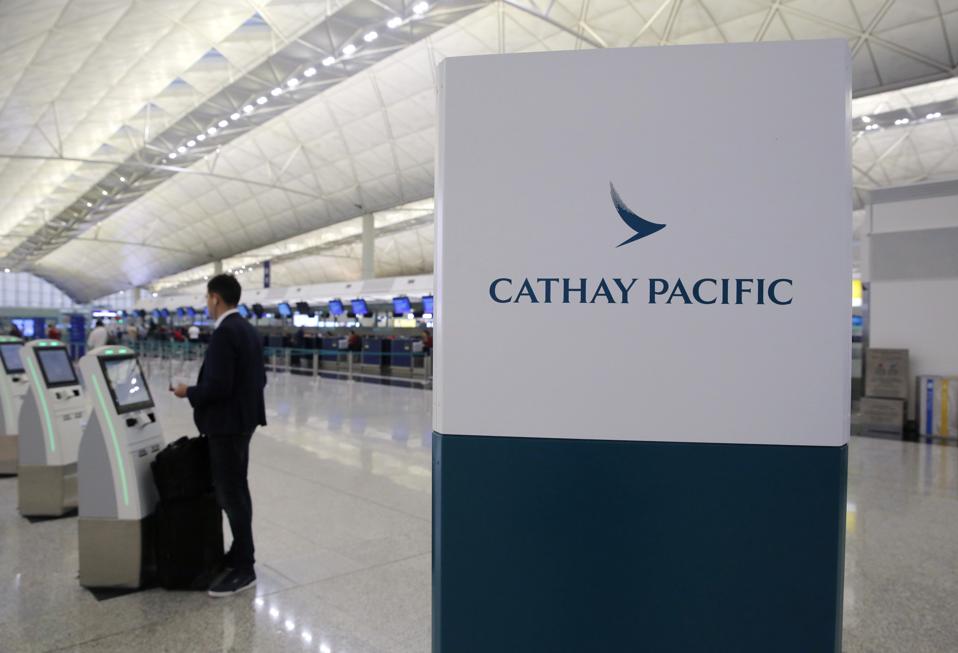 Where is everybody? Cathay Pacific is reportedly trying to convince 20,000 employees to take a … [+] temporary leave of absence without pay due to the total collapse of air travel out of Hong Kong. (AP Photo/Kin Cheung)

Hong Kong airline Cathay Pacific said that it asked 20,000 employees to take an unpaid leave of absence to keep the company afloat as air travel collapses in China.

People stricken with Covid-19 have reported symptoms ranging from mild to severe, according to the CDC. Signs and symptoms of infection include fever, cough, and difficulty breathing. Sore throat also has been reported in some patients.

Some patients developed pneumonia and died, most of them elderly or suffering from other medical conditions.

His wife Jeri Seratti-Goldman was being held in quarantine with him in Nebraska, only in separate quarters. She has tested negative for the virus and needs to go through two more tests before she can be released.

Both are currently on Do Not Fly lists maintained by the CDC.

Goldman said when he was “rescued” from the cruise ship, held in quarantine at a dock in Japan, he felt fine until he woke up on the flight home with a 103 fever. He was not allowed to get off the plane at Travis Air Force Base in California with the rest of the passengers. He said he later developed a cough.

He says he will remain in quarantine until all of his tests come back negative. He looked healthy and in good spirits.

“I’ve got to test three days in a row with a negative test. The standard is (swabs) in both nostrils and the back of your throat. I have to have nine tests in a row, because some tests out there come up positive in one nostril, negative in another,” he says. “They’re not as accurate as they should be.”

The report did not say the age of the Goldman’s but they looked to be in their 60s.

“The virus is easy to pass on, but we have to look at the demographics of the people suffering from this the most and they are mostly all elderly,” says Ahern. “When does it all end? That’s hard to say.”