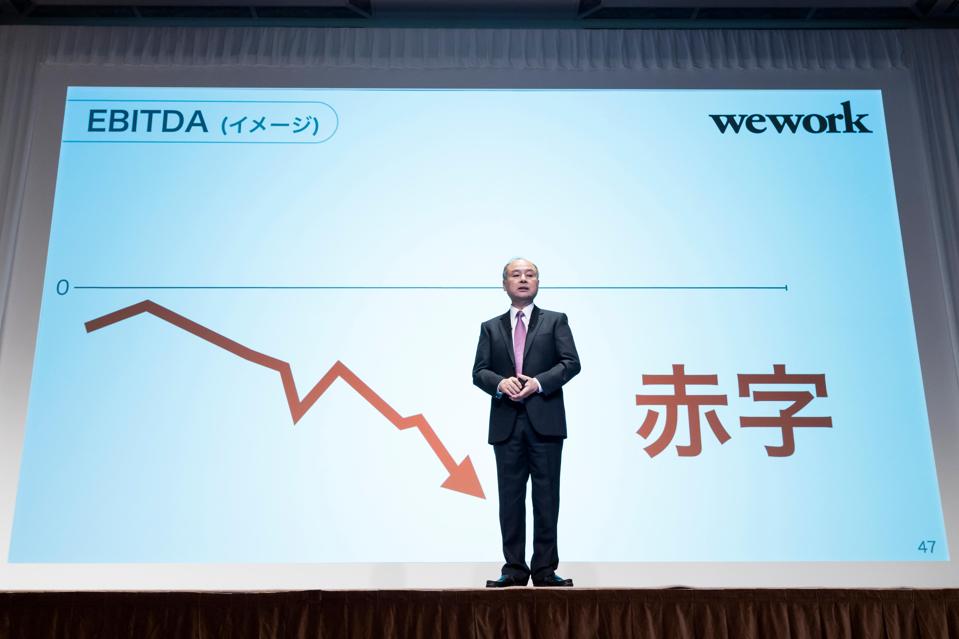 The problem, of course, is that Son’s telecom giant decided to morph itself into the globe’s most influential venture capital player. That happened around 2016, when Son leaned into his reputation as the “Warren Buffett of Japan.” That nickname stems from Son’s prescient 2000 bet on Jack Ma, who would go on to create Alibaba and greatly enrich Japan’s second-wealthiest man.

But Son is running into difficulties getting lightning to strike twice by way of his $100 billion Vision Fund. On Thursday, SoftBank Group shares plunged 17%, a loss that extended steep declines earlier this month.

Those earlier losses could be, in part, explained away by the coronavirus panic quaking bourses everywhere. Thursday’s plunge, though, came amid investors questioning Son’s ability to bring his sprawling, heavily indebted conglomerate in for a, well, soft landing. To put it in perspective: Thursday’s drop was the most precipitous since Son listed his giant in 1994.

There’s a full-circle angle here worth considering. Over the past month alone, the roughly 50% free fall in SoftBank shares eviscerated about $50 billion of market value. That’s equivalent to Son’s initial windfall from Ma’s Alibaba initial public offering in 2014.

Son, suffice it to say, has his work cut out to convince shareholders he can restore order to SoftBank in the time of coronavirus. To be fair, SoftBank is getting caught up in the surge in the price of insuring against defaults at highly leveraged companies. It was impossible, though, for institutional investors to ignore S&P Global Ratings cutting its SoftBank outlook to negative on Tuesday. 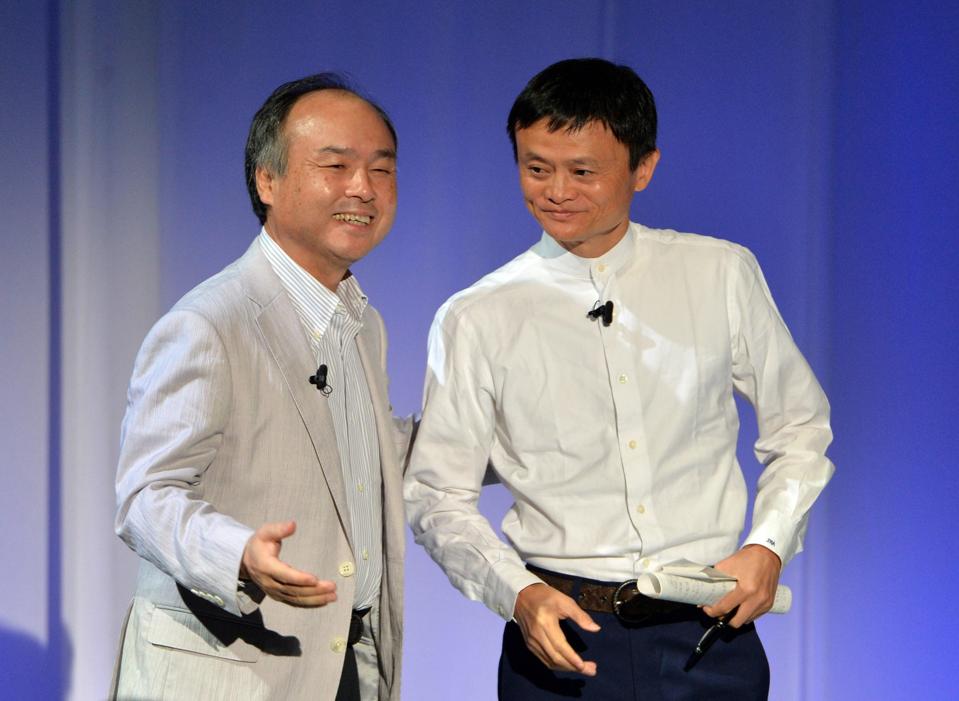 Nor can punters forget how dismal a 2019 SoftBank had. Son’s multibillion bet on the flailing “unicorn” known as WeWork cost his Buffett-of-Japan street rep some serious demerits in market circles. That the supposed Sage of Tokyo would get rolled so spectacularly by Adam Neumann’s office sharing startup could make for its own Harvard MBA course.

Son also signaled a bit of balance sheet retooling. SoftBank says it might scrap a plan to buy about $3 billion of WeWork shares. In doing so, Son is showing a bit of teeth. As analyst Dan Primack of news portal Axios puts it: “SoftBank isn’t letting a crisis go to waste, and certainly has fiduciary obligations to its limited partners.”

However, WeWork pioneers won’t be happy. Primack says, “this move is absolutely screwing over those early employees. These are people who may have made financial decisions over the past five months based on SoftBank’s signature—and who now risk having the rug pulled out from under them.”

There’s much more to do, though. Son’s Vision Fund has pursued a decidedly scattershot investment style, tossing a few billion dollars at this wannabe unicorn and another few billion at that one other there.

Yet Son’s decision to dominate the ride-share space is now veering off the road. Thanks to the coronavirus outbreak, consumers are calling fewer Ubers, Grabs, Didi Chuxings or Olas. Suddenly, congregating at a WeWork location seems unwise amid social-distancing efforts. And then there are the paper losses across the board in startups across sectors.

Son claims covering SoftBank’s debt isn’t a problem. He still retains sizable stakes in Alibaba, chipmaker Arm Holdings and SoftBank’s Japanese stable telecom business. There is, however, a disconnect that worries investors. S&P thinks SoftBank’s loan-to-value ratio will between 30% and 35% in the coming year. Son is floating a far more optimistic 25% level.

It also worries analysts like Mary Pollock of CreditSights that Son “continues to put SoftBank equity over creditors, without so much as a nod to risk management.”

Does Son really have a plan to make sense of his cacophonous universe of investments in everything from e-commerce to microchips to solar panels to robots to satellites to investment banking to rideshare to office hives? Only time will tell. But if the last week is any guide, investors’ faith in Son’s investment compass has grown soft.

What You Need To Know About COVID Loans...