Coronavirus In Europe: Is It Safe To Visit? 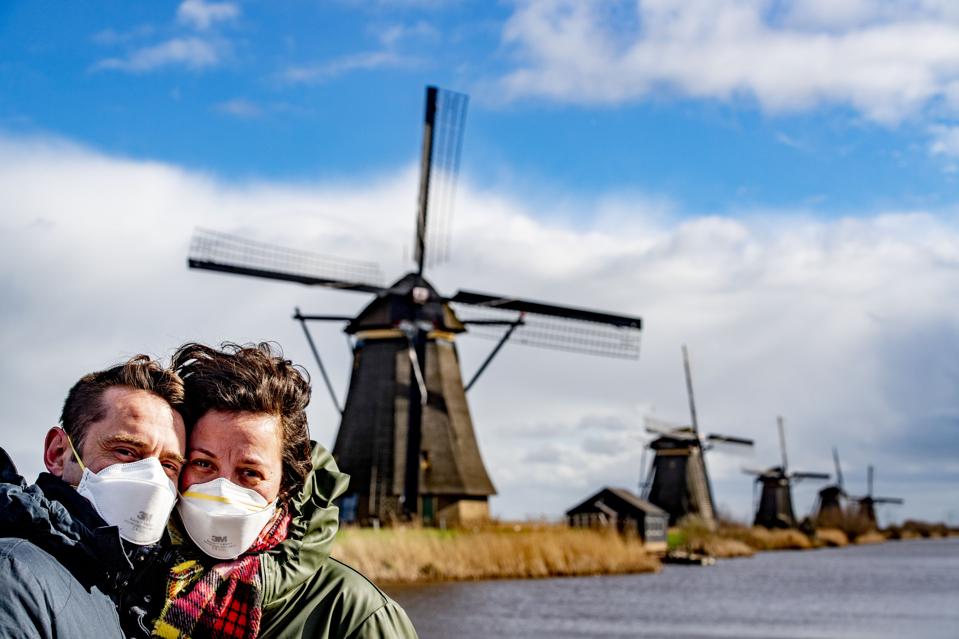 “Coronavirus conference gets Canceled Because Of Coronavirus” a recent ironic headline reports in an article about an international conference on the subject that like so many other events all over the world was banned due to what the World Health Organization has designated a global pandemic.

The headline is an apt illustration of the critical public health crisis caused by the Coronavirus outbreak and the results of the measures taken by the various governments trying to control the spread of the illness.

In Europe, the irony is widely apparent in terms of tourism — especially in cities that have been suffering from the burden of over-tourism. Flights still operating are semi-vacant, as are trains, boats and tours.

In European cities, streets are largely empty as are buses and other means of public transportation. Lines for museums, stadiums, concerts and exhibits…gone. Pollution diminished, hotels offering half-price deals, promotions galore for travel packages (outside Italy, which has shut down entirely but for selected businesses such as grocery stores and pharmacies).

Unfortunately such ‘ideal’ tourist conditions are the result of the Coronavirus crisis that has forced the closing of museums, theaters and stadiums, cancellations of conferences and schooling at all levels, from pre-k through university in one country after another.

As the epidemic progresses, countries are announcing ever-expanding restrictions, such as in Italy, where the death toll has passed 1,000 and entire regions have been declared under quarantine and the entire country closed to travel, while the Trump administration will suspend all flights from Europe starting midnight Friday for 30 days.

U.S. citizens and their families will still be allowed to travel and the measure is not intended to affect international trade.

Almost all European countries, according to The Guardian in an article listing the different measures by country, have totally or partially closed or restricted schools, banned mass gatherings, suspended mass in churches, closed night clubs, restaurants and bars.

Europe currently has approximately 25,000 confirmed cases of the coronavirus, with about half of those in Italy.

The following photos, as the saying goes, are worth a thousand words: 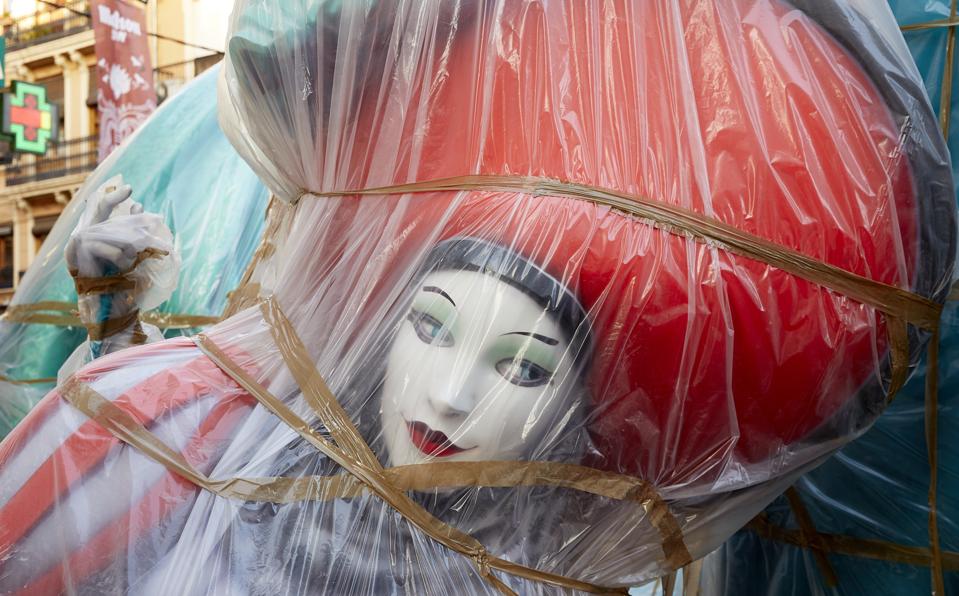 A typical ninot of Las Fallas Festival is wrapped with plastic as a protection in Valencia after the … [+] event was cancelled due to COVID-19 infections in Spain. 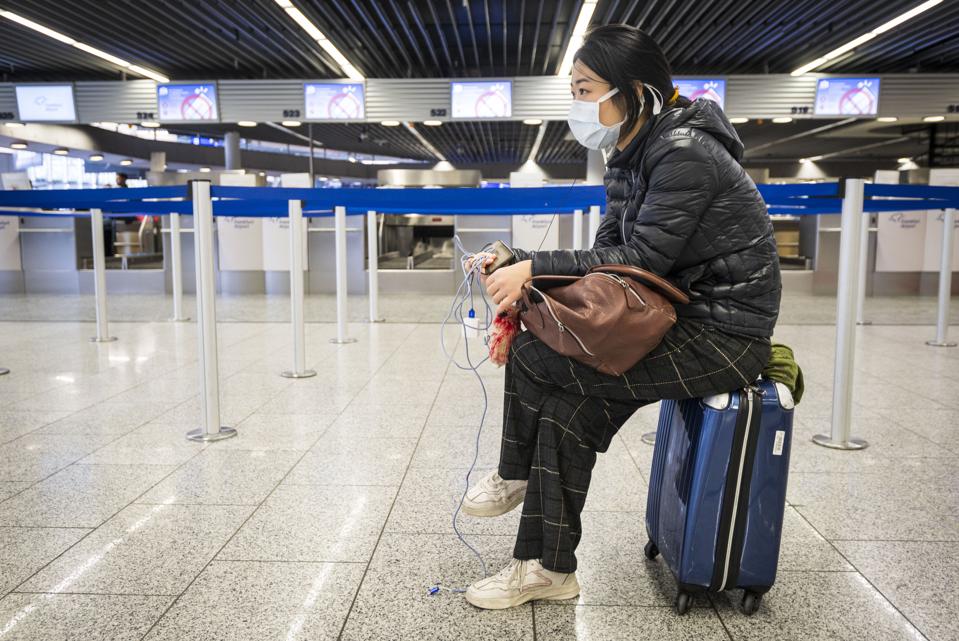 A passengers waits by a closed check-in counter at Frankfurt Airport in Germany after U.S. President … [+] Donald Trump announced he is imposing a ban on most travelers from continental Europe entering the U.S in an effort to stop the spread of the coronavirus. 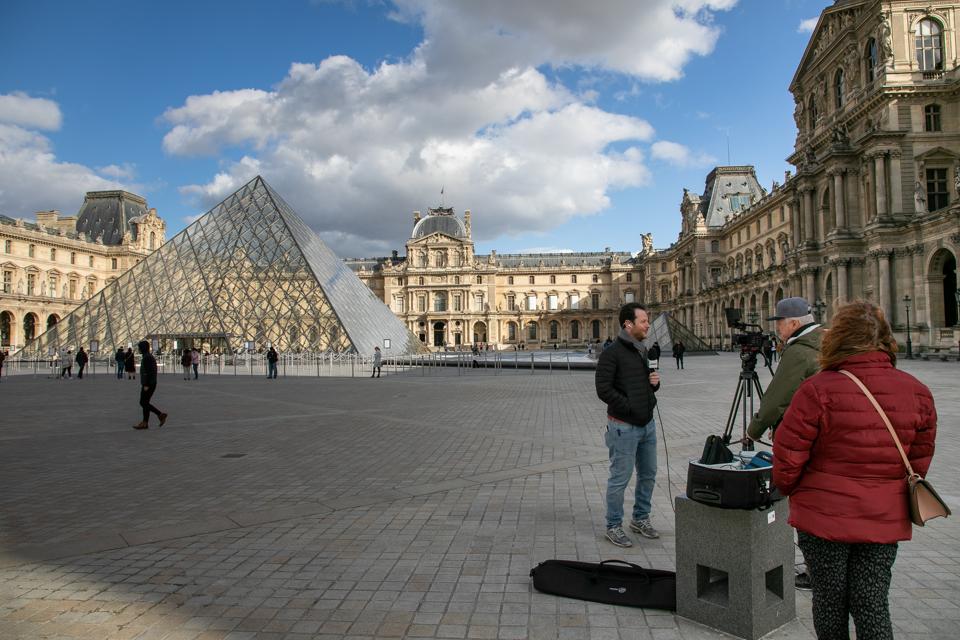 An unusual view of the Louvre Museum, minus the normal hoards tourists. 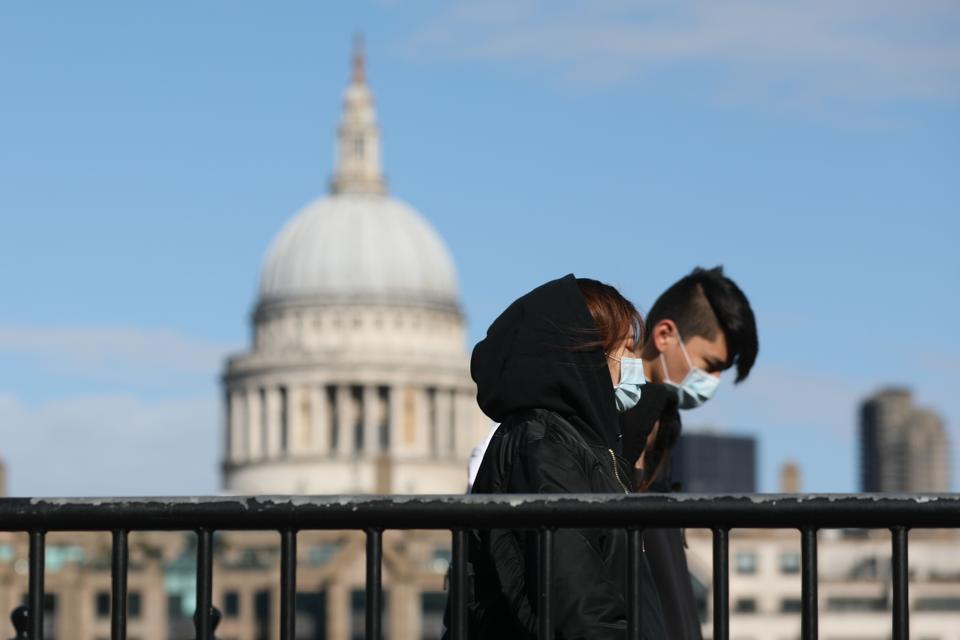 Tourists wearing face masks walk along a bridge with St Paul’s Cathedral in the background in … [+] London. 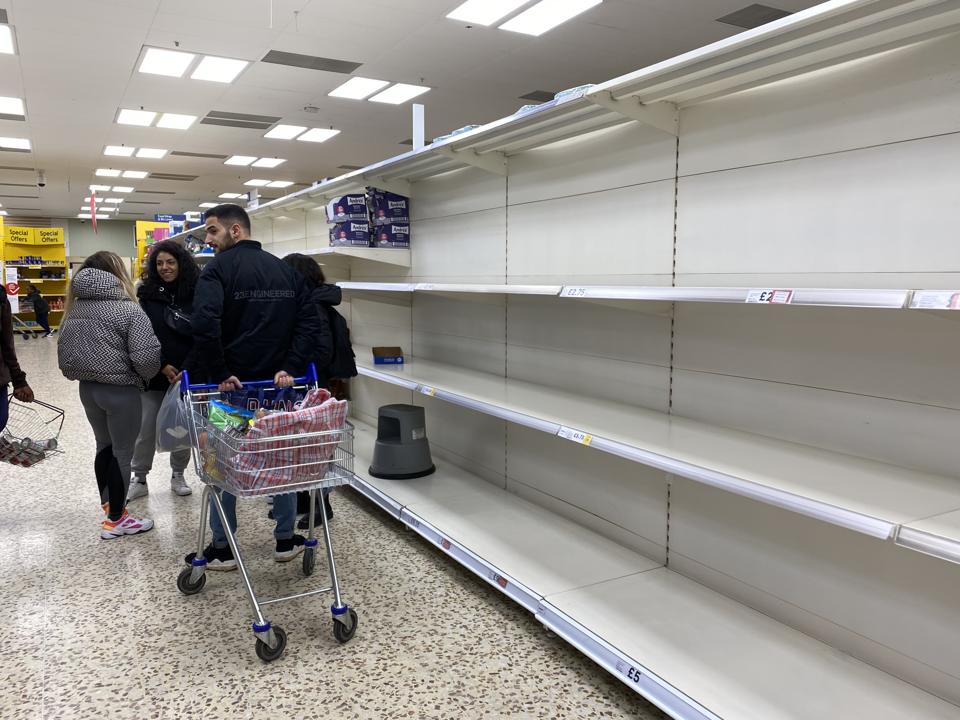 Empty shelves of pasta and personal hygiene products are seen in a London supermarket. 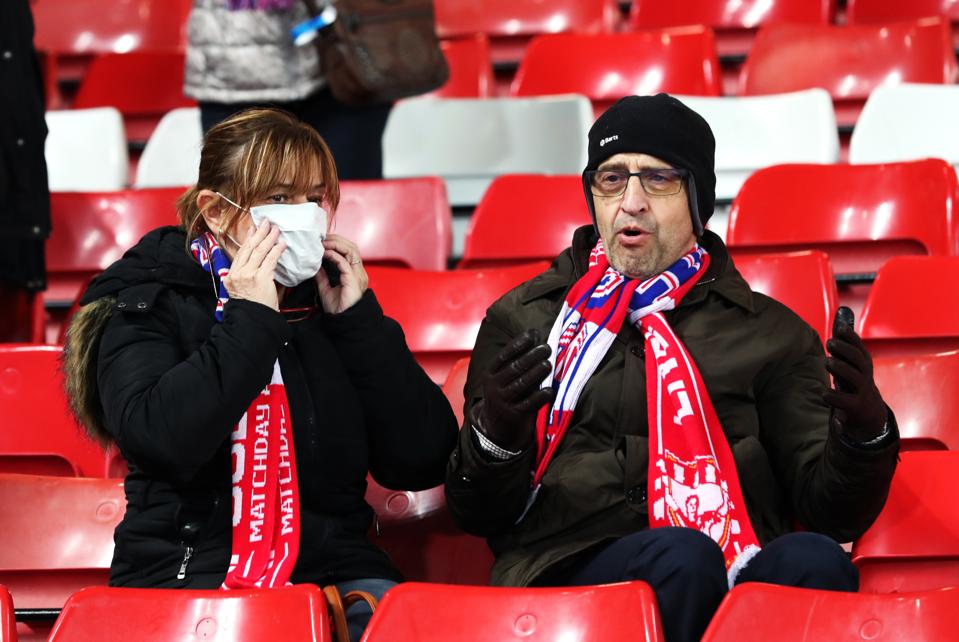 An Atletico Madrid fan wearing a protective mask at a near-empty stadium during a UEFA Champions … [+] League at Anfield, Liverpool. 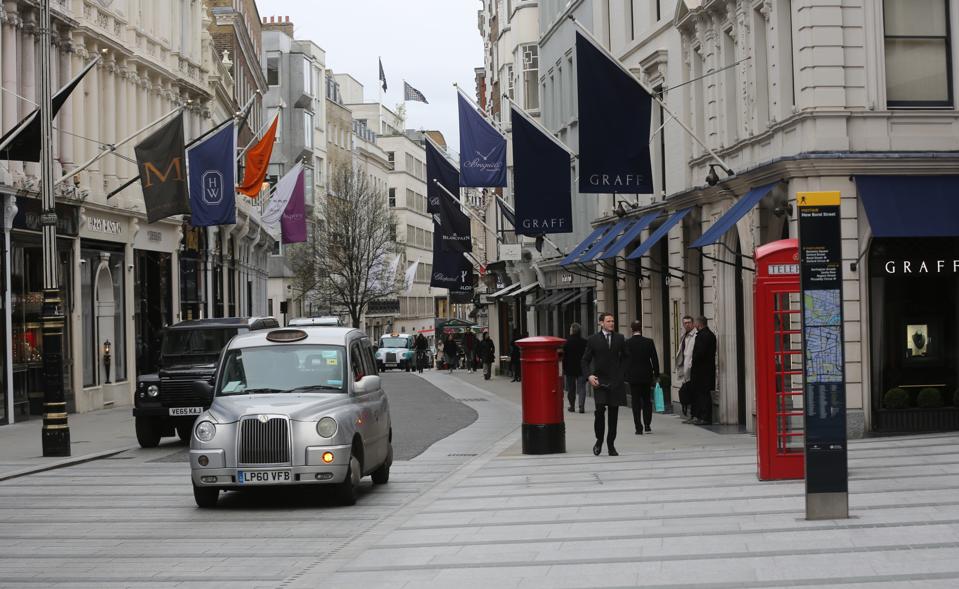 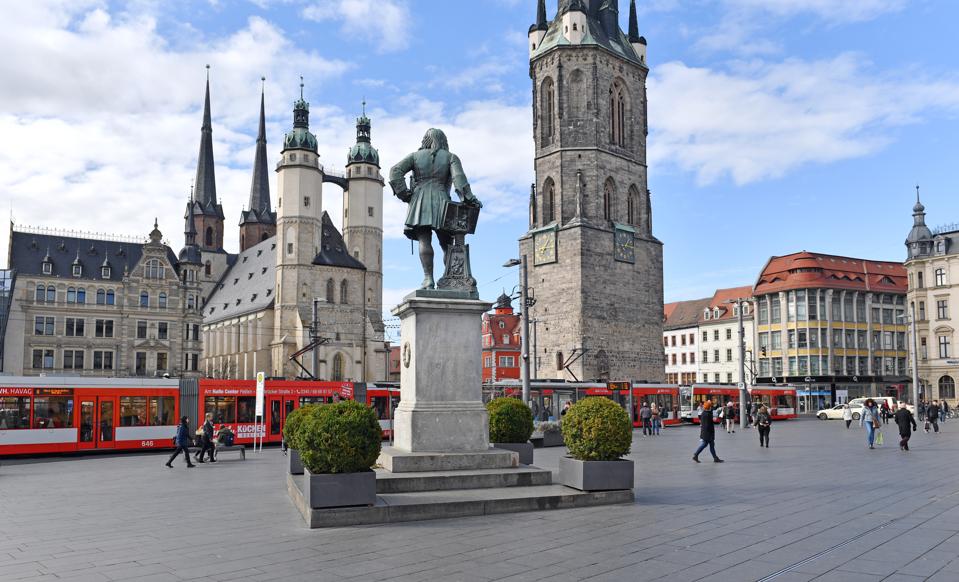 The almost-empty marketplace of Halle/Saale with the town church and the red tower in Halle in … [+] Saxony-Anhalt, Germany, which will close all daycare centers and schools starting Friday. 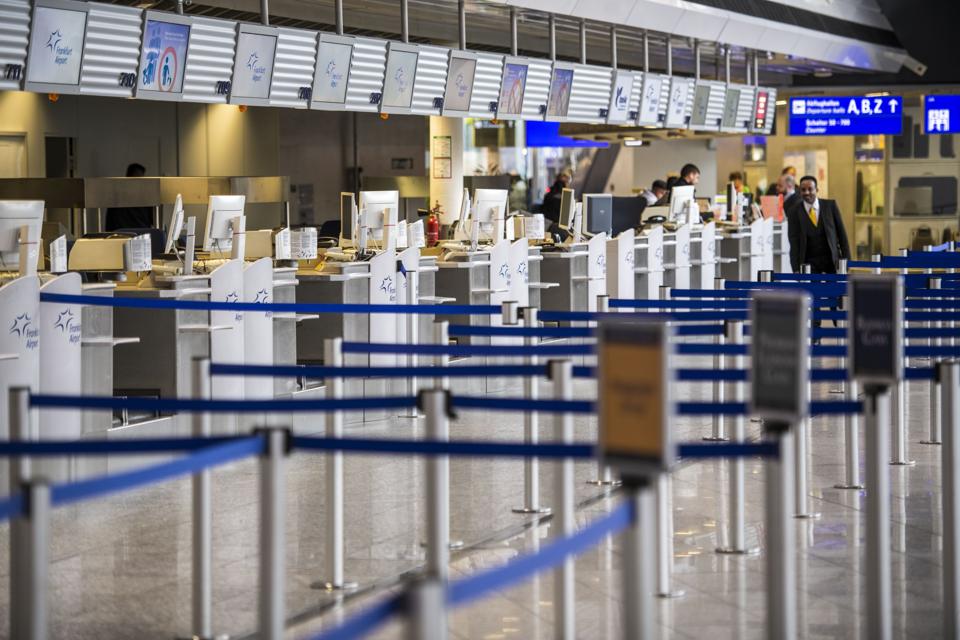 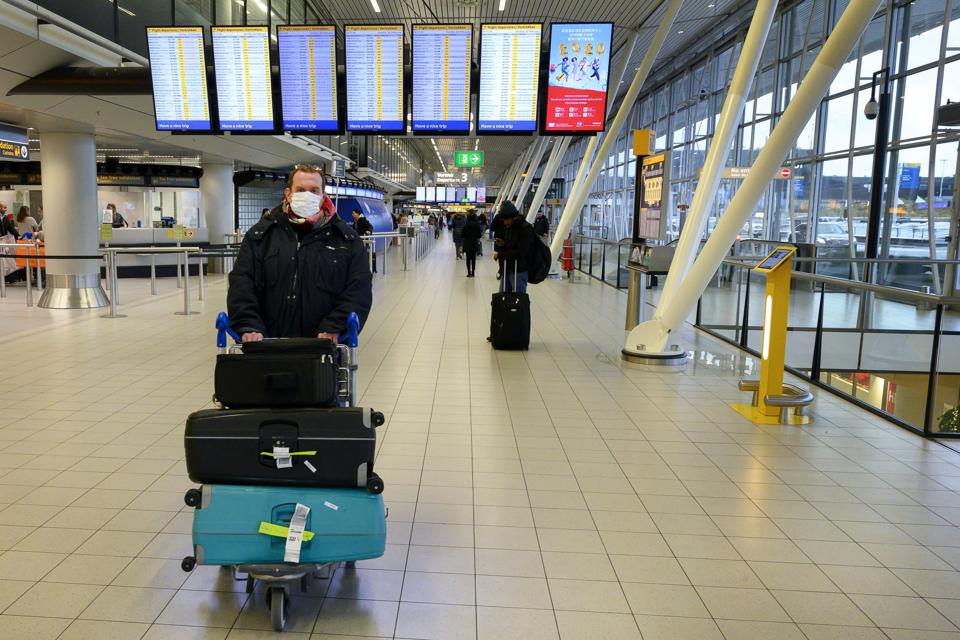 A traveler wearing a face mask pushes his luggage at Amsterdam’s Schiphol airport. 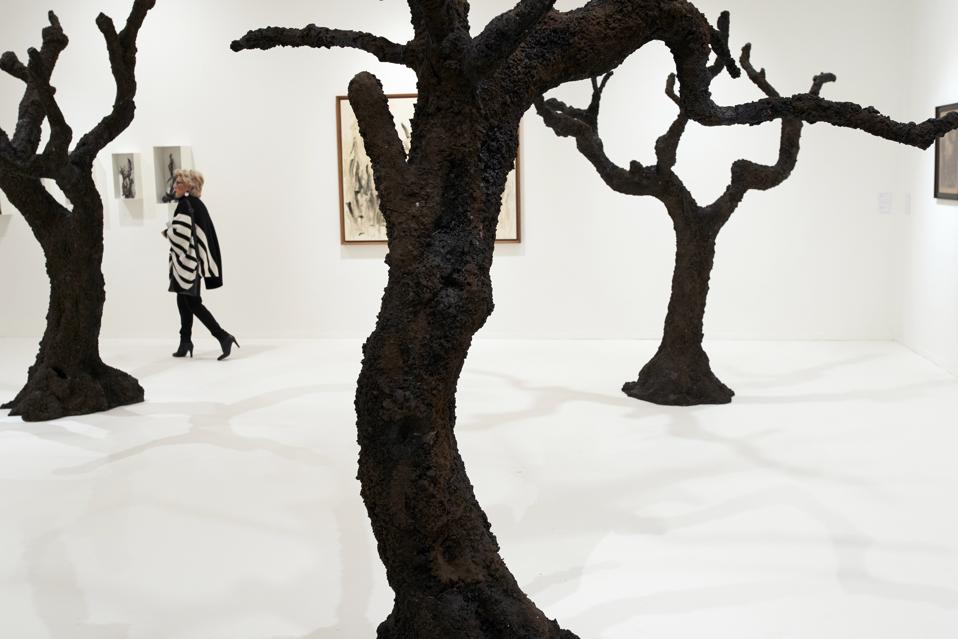 A visitor at the Fine Art Fair, TEFAF, in Maastricht, Netherlands, Europe’s most prestigious fair … [+] for traditional art and antiques. Its 33rd annual edition has carried on despite postponement or cancellations of similar art fairs, like Art Basel Hong Kong and Art Dubai. 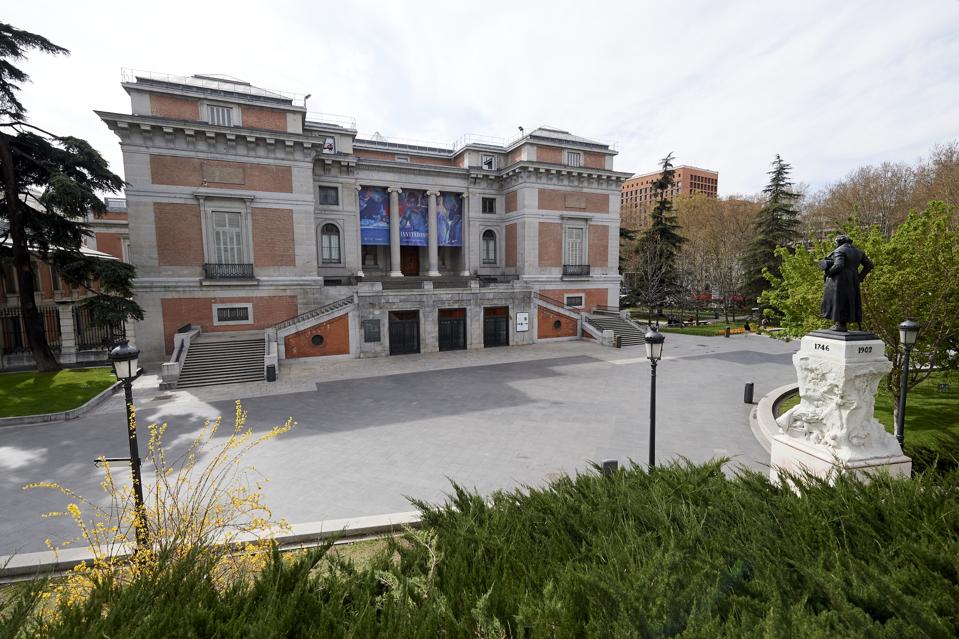 The main entrance of the Prado Museum without people in Madrid, Spain. Many public events, plays and … [+] concerts have been cancelled around the country. 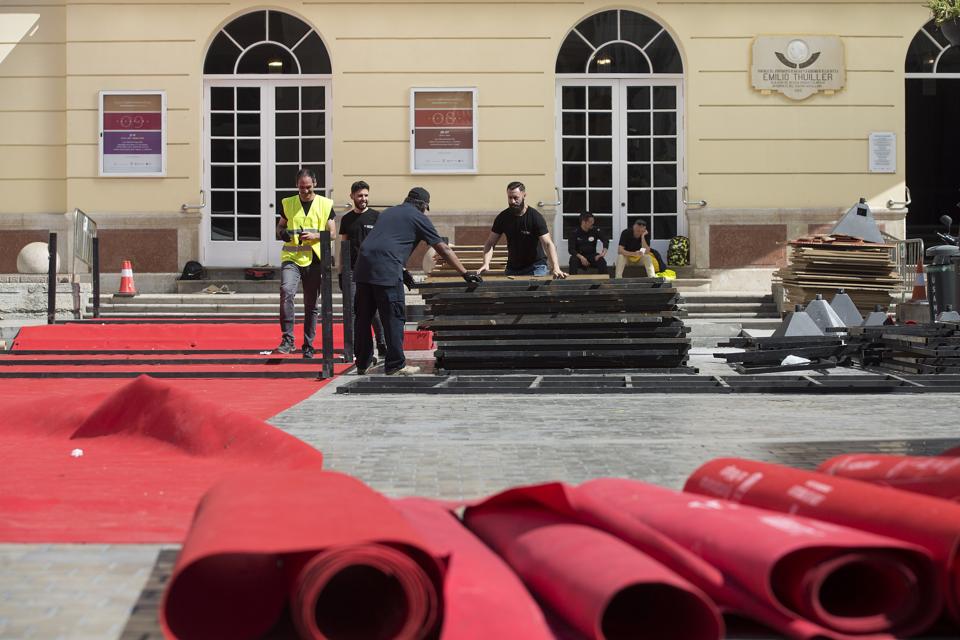 Workers dismantling the red carpet at the 23rd Malaga Film Festival that has been canceled. 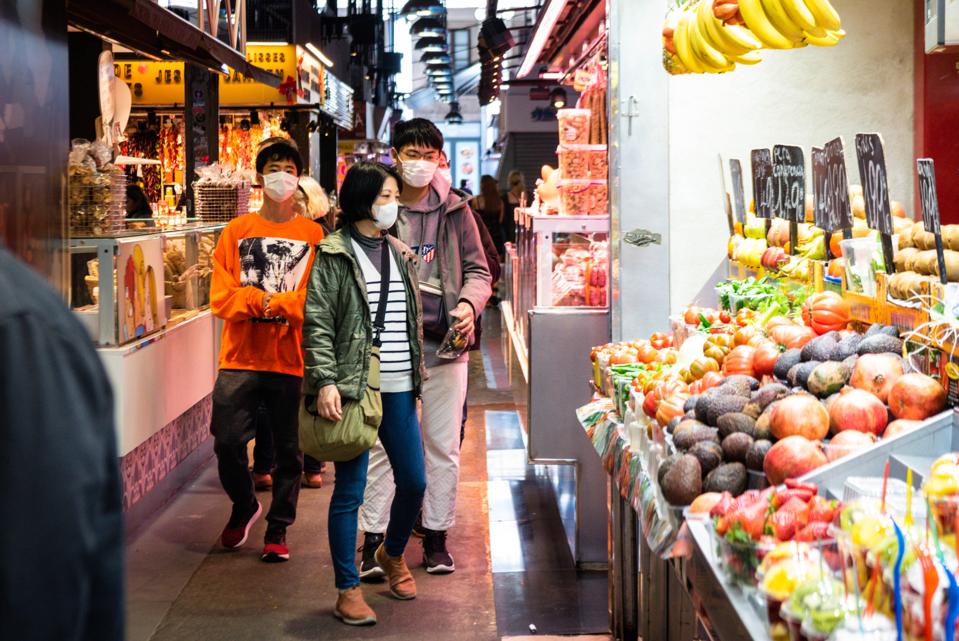 People wearing protective masks in one of the most visited markets in Barcelona usually packed with … [+] tourists. 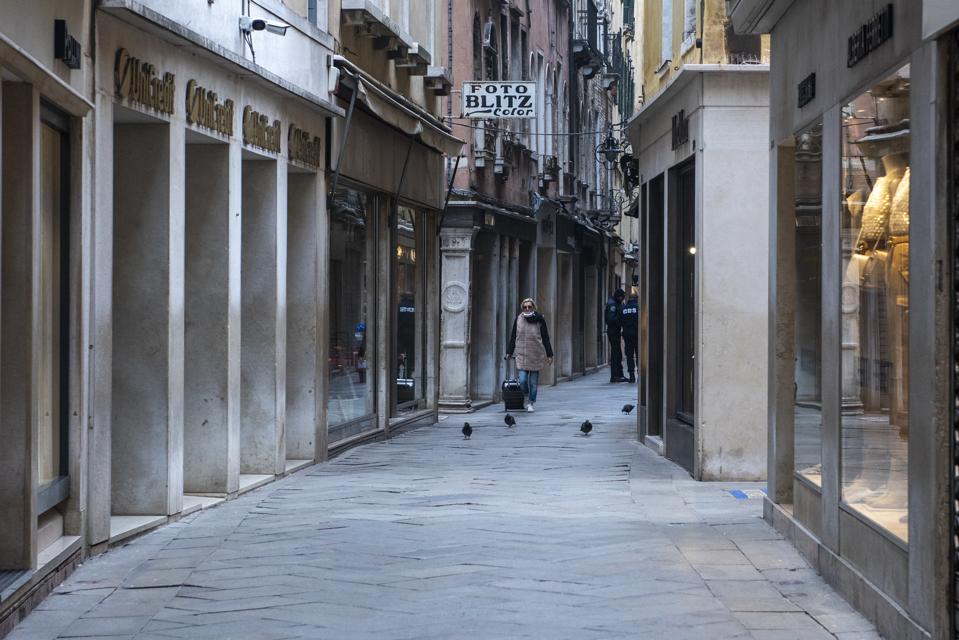 Venice looks surreal without tourists around the streets, which are mostly empty after the lockdown … [+] decided by Premier Giuseppe Conte around Italy. 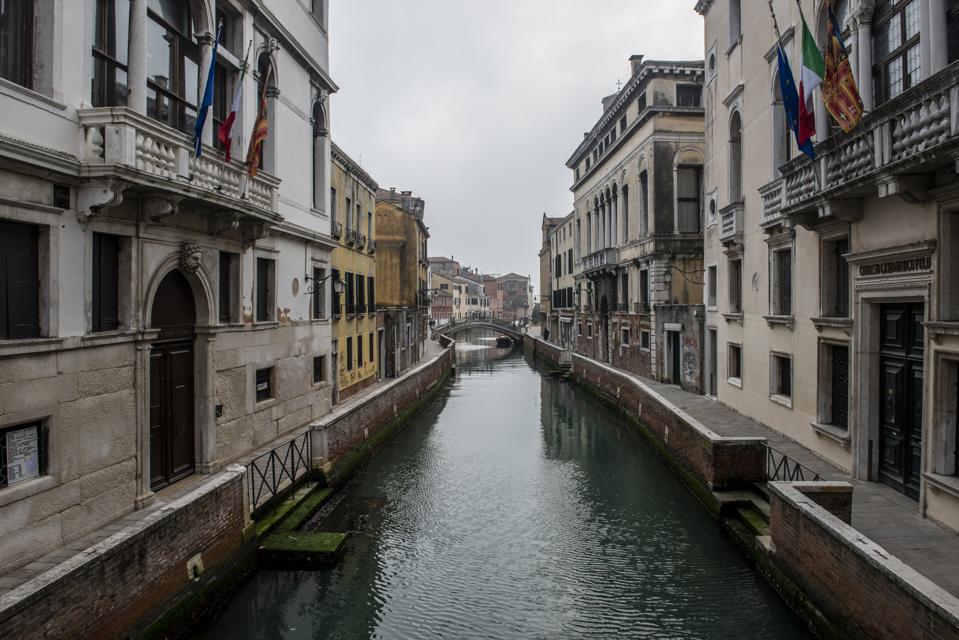 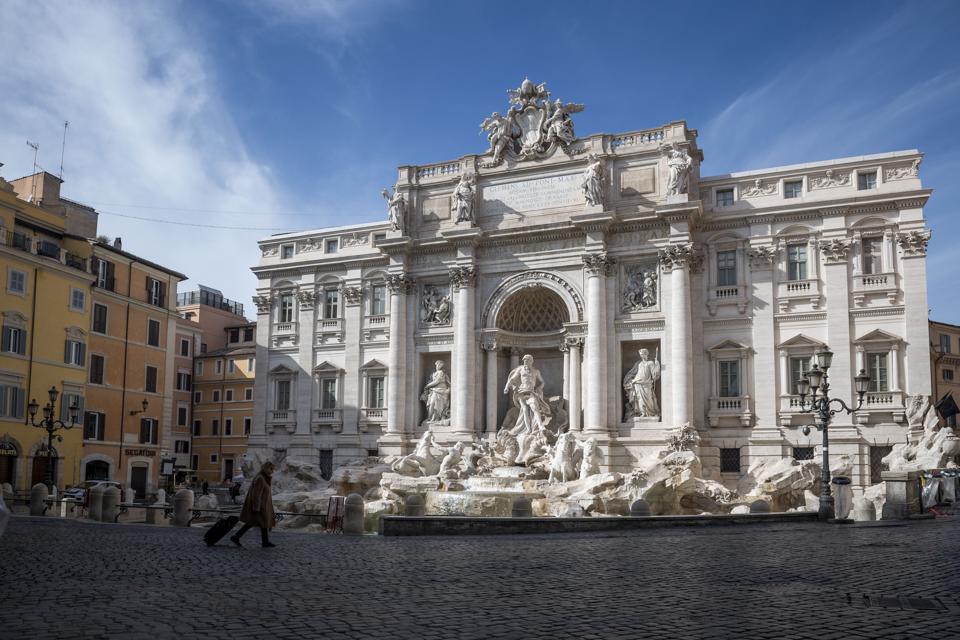 Talking Points On An Economy Taxed By Coronavirus