Lost Gas Demand From China Will Push Prices Down

China is the single most important growth market for liquefied natural gas (LNG). At the margins of LNG trade five years ago, government policy to improve air quality sparked a dash for gas. China has accounted for 40% of the global growth in LNG demand since 2015. Imports will exceed 82 million tonnes per annum (tpa) in three years time, when China will overtake Japan as the world’s biggest buyer.

Coronavirus (covid-19) is one of the “unknown unknowns” which can shatter expected trends in energy markets. I asked Robert Sims, Director Short Term LNG analysis, for his team’s view of the impact on the global LNG market.

How will the virus affect China’s imports this year?

At this stage it’s impossible to quantify. Covid-19 will cut economic growth; and has already led to a steep drop in gas demand in the industrial and power sectors, the two biggest consumers. Demand will bounce when people can return to work; it’s just difficult to gauge when the factories and plants can return to full production.

Our central case is for annual gas demand to be 2% below our pre-outbreak forecasts, assuming a swift recovery to normal demand by April; and by 4% in a more prolonged slowdown. LNG will be disproportionately hit because national oil companies will favor domestic supplies and maintain offtake from pipeline imports which are already at minimum take-or-pay volumes. 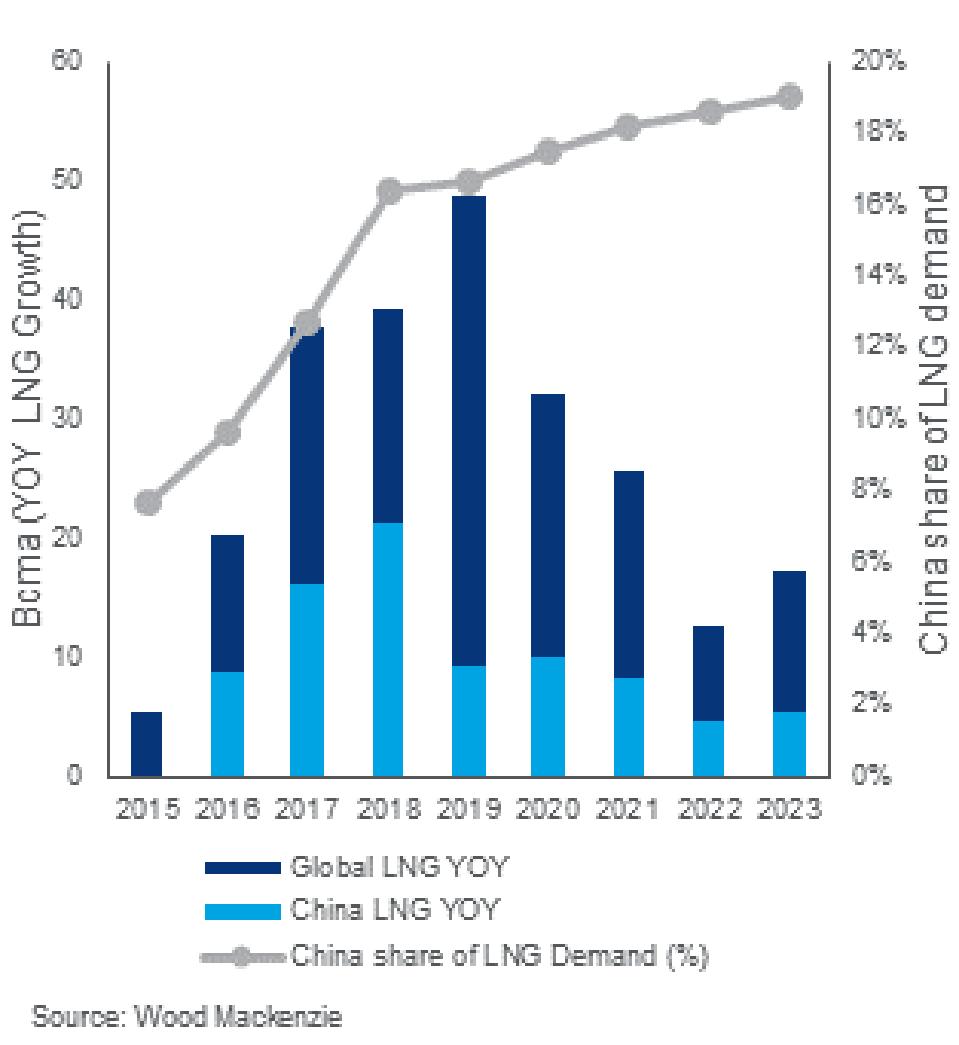 And in the very short term?

The hit will be most severe in February and the months immediately following. And it comes when the market is already awash with LNG near the end of a mild northern hemisphere winter and with supply from new projects still coming on stream. 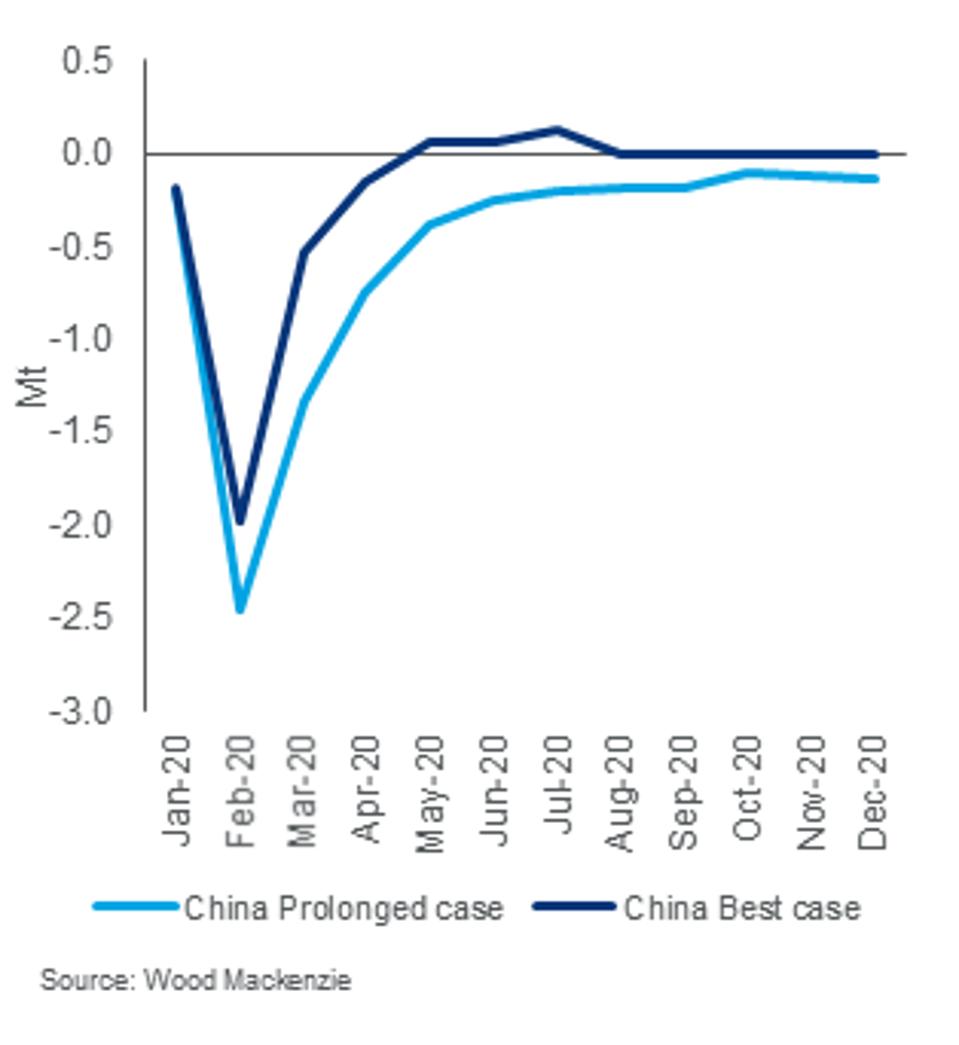 Coronavirus threatens as much as 6 million tonnes of global growth

Covid-19 could be the straw that breaks the camel’s back – we can certainly see evidence of the market creaking. China’s biggest importer of LNG, CNOOC, has called force majeure on some of its cargoes for February delivery and there are rumours other buyers will follow suit. Asian spot LNG prices have sunk to new lows below US$3 per million British thermal units for April delivery. In Europe, the “sink” for surplus LNG cargoes looking to find a home, spot gas prices are also plumbing new depths.

Yes, but only to a limited degree. We saw that in Europe last year right across the value chain. Power generators switched from coal to gas, utilities cut back on pipeline contract volumes to buy cheaper spot LNG, and inventory levels reached record levels. But inventories today are already at seasonal highs, so there’s far less flexibility in the system for a similar response. 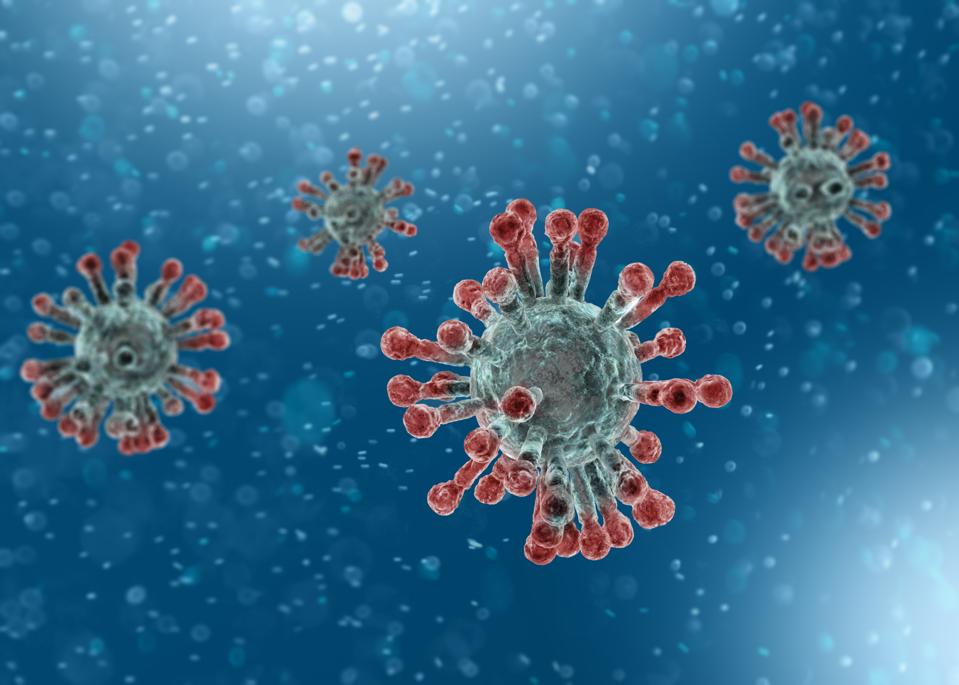 There are no other markets big enough or sophisticated enough to absorb a lot of LNG quickly. Asia’s other big markets, like Japan and South Korea, will see only limited coal to gas switching in power due to rigid market structures, existing inflexible LNG contracts and regulated pricing.

India might step up. It’s got huge potential but has proved frustrating due to the limited pipeline infrastructure linked to the import terminals. Perhaps India will seize the opportunity presented by this latest downturn or at least position for the next. Sellers will certainly redouble efforts to build the market.

Will producers shut in supply?

Most LNG projects, whether conventional or Australian coal seam gas, have low marginal costs and will continue to produce. The primary focus is on what US producers will do. The price for spot US LNG cargoes (FOB) is now below US$2.00 per million British thermal units for April/May loadings. That’s less than the typical variable cost (FOB) – comprising domestic US gas price plus the 15% uplift for procurement and liquefaction losses.

This suggests some US cargo contracts will be out-of-the-money; and off-takers could exercise cancellation options. That might help the global LNG market to some extent, but it would just push gas back into the US and exert still more downward pressure on a swamped Henry Hub deck.

Yet there are reasons why US projects may continue to produce and sell what appears to be loss-making LNG. Hedging is one; another the risk of reputational damage. US LNG is relatively new to what is a long-term game and an increasingly competitive one. Off-takers may choose to take a long-term view.

7 Ways To Love Your Online Community

How Brands Need To Adapt To A Changing...

The Holidays Are Here. Is Your Online Business...