Coronavirus Is Already Slamming The Jobs Market. How High Could Unemployment Go? 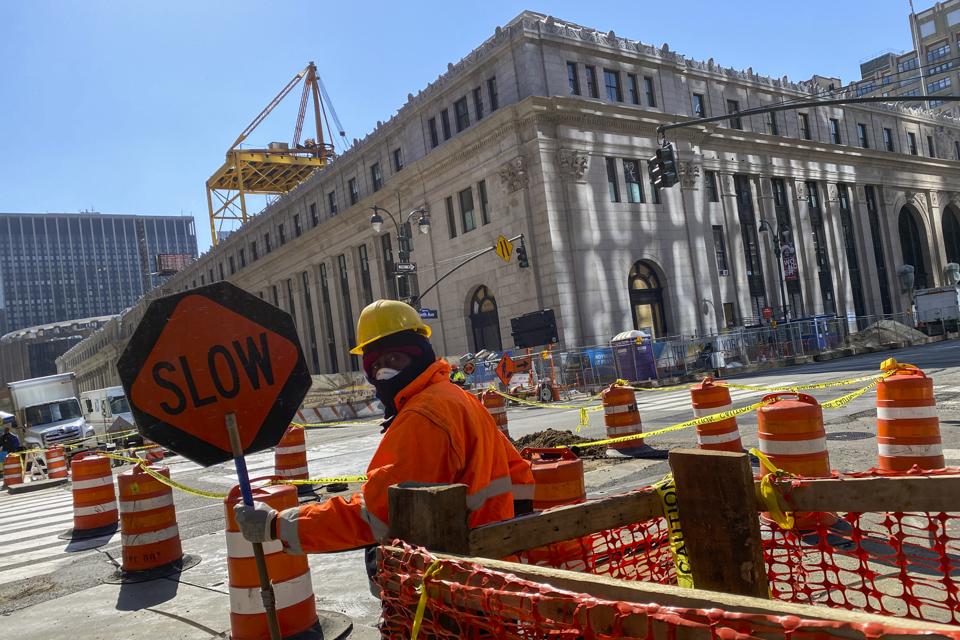 It is difficult to properly gauge the magnitude of the decline at present, but most estimates … [+] suggest an unprecedented drop in economic activity.

Topline: With the coronavirus pandemic taking an increasing toll on the economy, some of the most concerning indicators show that widespread business shutdowns with weekly jobless claims reaching a record 3.28 million last week; meanwhile, leading economists say the unemployment rate could reach 30% as a result of the ongoing health crisis.

Crucial quotes: “It’s not a question of if the data will be worse—just how much worse,” says Mark Freeman, chief investment officer at Socorro Asset Management. The fundamental question, he points out, is how long these waves of large weekly jobless claims will last. The sharp hit to the labor market will have a “pronounced effect on the consumer side” as well, he predicts: “If you lose your job, your consumer confidence goes to zero.” The next thing to watch for, Freeman says, is “how much wage growth slows from there.”

Key background: Before the coronavirus started to wreak havoc on the economy, the U.S. job market was on solid footing, with the national unemployment rate sitting at a roughly 50-year low of 3.5% in February. But last week’s record number of jobless claims, along with other worsening economic data such as consumer confidence and manufacturing, sent shockwaves through the market—as it became more clear to investors just how much of an impact the coronavirus will have on the U.S. economy. “The data for the second quarter promises to underscore the full effect of the social distancing efforts impacting the U.S. economy,” according to Ben Ayers, senior economist at Nationwide. “It is difficult to properly gauge the magnitude of the decline at present, but most estimates suggest an unprecedented drop in economic activity.”

Surprising fact: A host of companies have said they won’t make any layoffs during the coronavirus outbreak—most recently on Tuesday, both Bank of America and PayPal pledged not to do so.

What to watch for: Weekly jobless claims will be reported on Thursday, April 2, and the March jobs report will be released by the Labor Department on April 3.

“One thing is certain. The 3.5% jobless rate for February is now history, in the rearview mirror, marking the low-point during the 11-year economic expansion,” says Mark Hamrick, senior economic analyst for Bankrate. “The consensus is that March payrolls will decline, marking the first such negative number since September 2010.” He describes that the unemployment rate is expected to rise to 3.7% in March, after which it will then “certainly skyrocket” when data for April comes and “catches up to reality.”

Tesla Vs Everyone Else: Why Electric Cars From...