Breaking
Meet Onesimus, The Enslaved Man Who Saved Boston...
How to Build a Sales Forecast Model
The Unexpected Ways COVID-19 Has Forever Changed What...
Google Posts: Conversion Factor — Not Ranking Factor
How To Bring Your Branding To Life
Coinbase Cofounders And Investors Poised To Rake In...
How To Stay Top-of-Mind For Your Audience With...
Employers: Eight Red Flags You May Not Notice...
The benefits of videoing in the automotive industry
Ted Lasso, Other Apple TV+ Shows Arriving Soon...
How To Incorporate Click And Collect Into Your...
What Are Working Capital Loans and When Should...
The 10 Biggest Trends in Entrepreneurship to Look...
Clubhouse Has Grown 10X In Two Months. Here’s...
Here’s Why Tyson Foods Stock Looks Undervalued At...
How To Maintain Client Relationships During Long Projects
Home Finance Coronavirus Layoffs: Landry’s Inc., Philly YMCA Latest To Let Workers Go Amid Pandemic
Finance 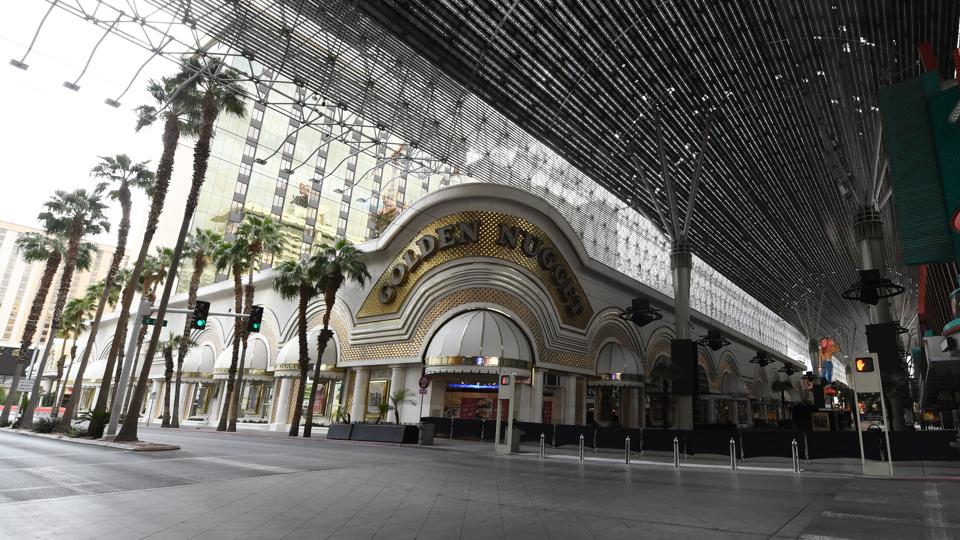 The view on Sunday of the shuttered Golden Nugget Hotel & Casino, owned by Landry’s Inc.

Big number: 3.28 million. That’s how many American workers filed for unemployment, according to data released Thursday. It’s an increase of 3 million over the previous week of 280,00 claims⁠—already the highest number of applications since 2017, according to Department of Labor data.

Key background: There are now nearly 80,000 reported coronavirus cases in the U.S. and over 1,100 deaths, according to data from Johns Hopkins University. Worldwide cases now amount to over 521,000 infected and over 23,500 dead. Meanwhile, President Trump signed a coronavirus relief bill into law Wednesday evening. A $2 trillion (or possibly more) stimulus package proposed by the White House was unanimously passed by the Senate late Wednesday night, with the House set to vote on it Friday. New York and other state and city governments have declared states of emergency, banned large gatherings and ordered the closings of restaurants and bars to stem the spread of disease. Cancelations of concerts, sports leagues, festivals, religious gatherings and other large events have impacted millions of people. President Trump enacted 30 day travel ban from Europe (later including the U.K. and Ireland) that sent airlines and travelers scrambling to adjust, before declaring a national state of emergency March 13. Markets have essentially erased all gains made under the Trump presidency (although recovering somewhat at the promise of a stimulus deal), underscoring the economic threat of coronavirus.