Breaking
How, When And Where You Can See A...
New $2.2 Trillion Stimulus Bill Proposed—$1,200 Stimulus Checks,...
Why Do We Do What We Do? Manipulating...
California Brand Goes All-American As Amazon Bans Foreign...
The 3 Best Analytics Companies of 2020
Senator Cory Booker: Supporting Small, Minority-Owned Businesses Will...
Trump’s Taxes Are Finally Leaked—What’s Next?
Washington Heats Up Ahead Of First Presidential Debate:...
Systemic Racism Leads To Disparities In Nursing Home...
The New Regular: Prepare For Conflicts Of Customer...
Web VR.0 – Have VR Websites (Finally) Arrived?...
This Next Evolution Of E-Commerce Did $18 Billion...
This Next Evolution Of Ecommerce Did $18 Billion...
IRS Taxes Most Lawsuit Settlements And Exact Wording...
13 Questions To Answer Before You Die
Just Launched: Long-Term Stock Exchange For Companies Building...
Home Technology Coronavirus Lockdown Likely Saved 77,000 Lives In China Just By Reducing Pollution
Technology 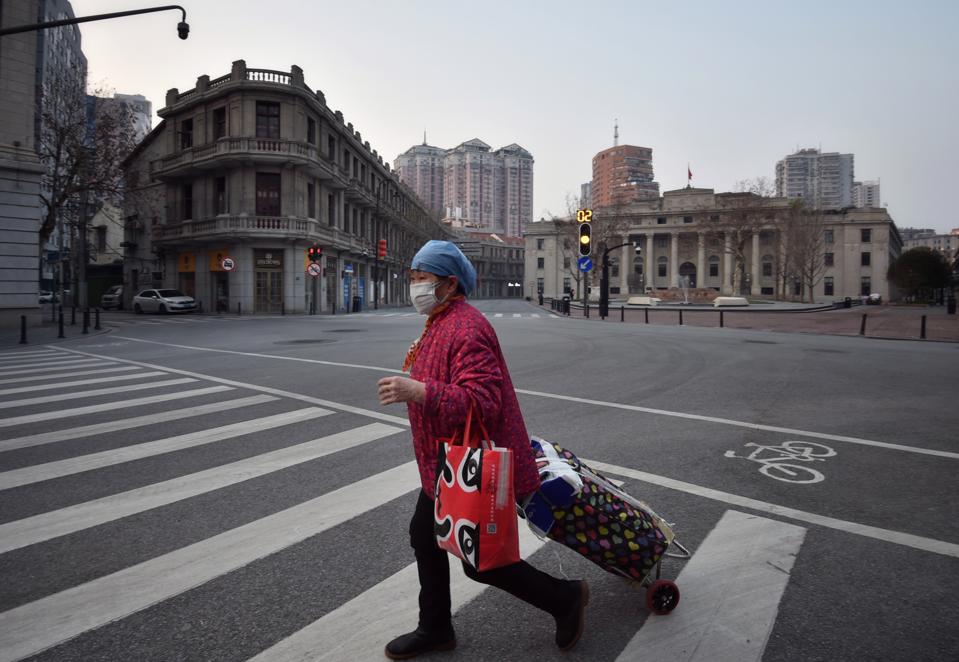 WUHAN, CHINA: A masked woman walks in the empty street due to the lockdown to curb the COVID … [+] epidemic in Wuhan in central China’s Hubei province Friday, Feb. 21, 2020. Photo by Feature China/Barcroft Media via Getty Images.

China’s coronavirus lockdown likely saved tens of thousands of lives by slashing air pollution from factories and vehicles, according to a new analysis by a Stanford University scientist.

Earth Systems Professor Marshall Burke used data from U.S. government sensors in four Chinese cities to measure levels of PM2.5, the tiny particulate matter considered the primary cause of death from air pollution. He averaged the drop in pollution levels and calculated the subsequent effect on mortality nationwide.

Two months of pollution reduction “likely has saved the lives of 4,000 kids under 5 and 73,000 adults over 70 in China,” he writes on G-Feed, a blog maintained by seven scientists working on Global Food, Environment and Economic Dynamics.

To keep his calculations conservative, Burke assumed no additional deaths for people between the ages of 5 and 70. Burke tested his prediction with a more conservative mortality calculation and still emerged with 1,400 kids saved and 51,700 elderly.

“Even under these more conservative assumptions, the lives saved due to the pollution reductions are roughly 20x the number of lives that have been directly lost to the virus,” Burke writes, using statistics current on March 8. 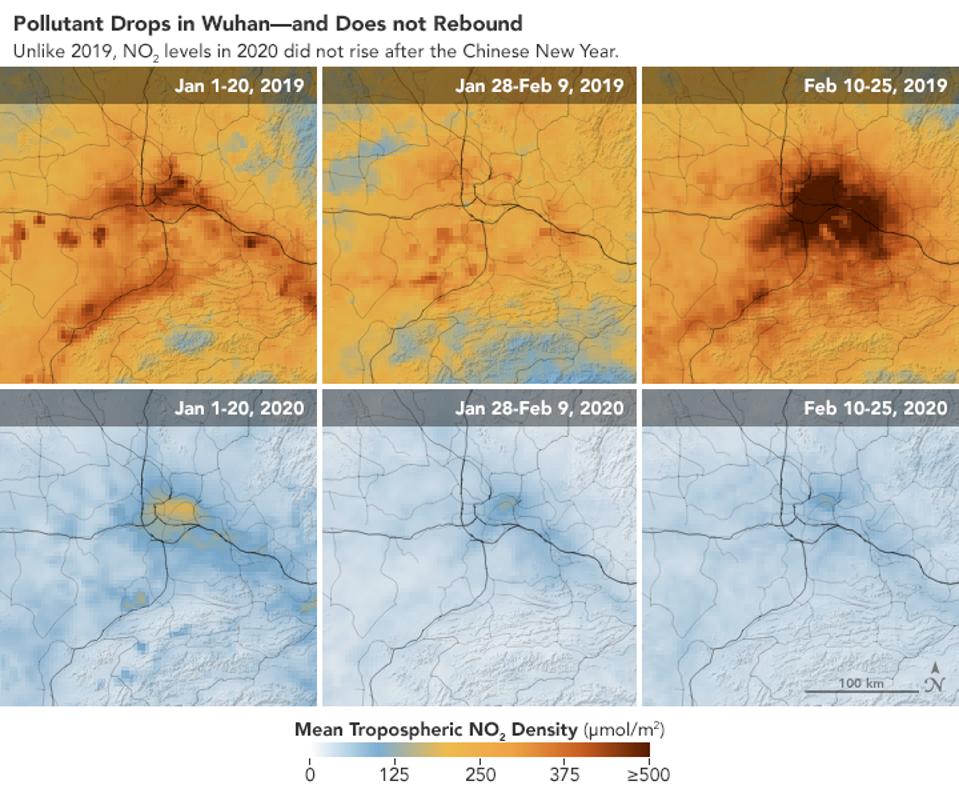 These NASA satellite images compare levels of NO2, a noxious gas, over Wuhan China in 2019 (above) … [+] and during coronavirus lockdown in 2020 (below).

Burke cautions that his statistics are a prediction of mortality impacts, not a measurement. And his numbers do not include other negative consequences of the lockdown.

“But the calculation is perhaps a useful reminder of the often-hidden health consequences of the status quo,” he writes, that is—“the substantial costs that our current way of doing things exacts on our health and livelihoods.”

COVID-19 might help us see those costs more clearly, he says.

“More broadly, the fact that disruption of this magnitude could actually lead to some large (partial) benefits suggests that our normal way of doing things might need disrupting.”

The effects were most dramatic in southern Chinese cities like Shanghai and Wuhan, he said, where wintertime pollution comes mainly from cars and small industry.

They will likely be repeated across the globe as more countries enforce lockdowns. The European Space Agency captured vanishing nitrogen dioxide pollution over Northern Italy as that country entered lockdown:

“The decline in nitrogen dioxide emissions over the Po Valley in northern Italy is particularly evident,” said Claus Zehner, ESA’s mission manager for the Copernicus Sentinel-5P satellite. “Although there could be slight variations in the data due to cloud cover and changing weather, we are very confident that the reduction in emissions that we can see coincides with the lockdown in Italy causing less traffic and industrial activities.” 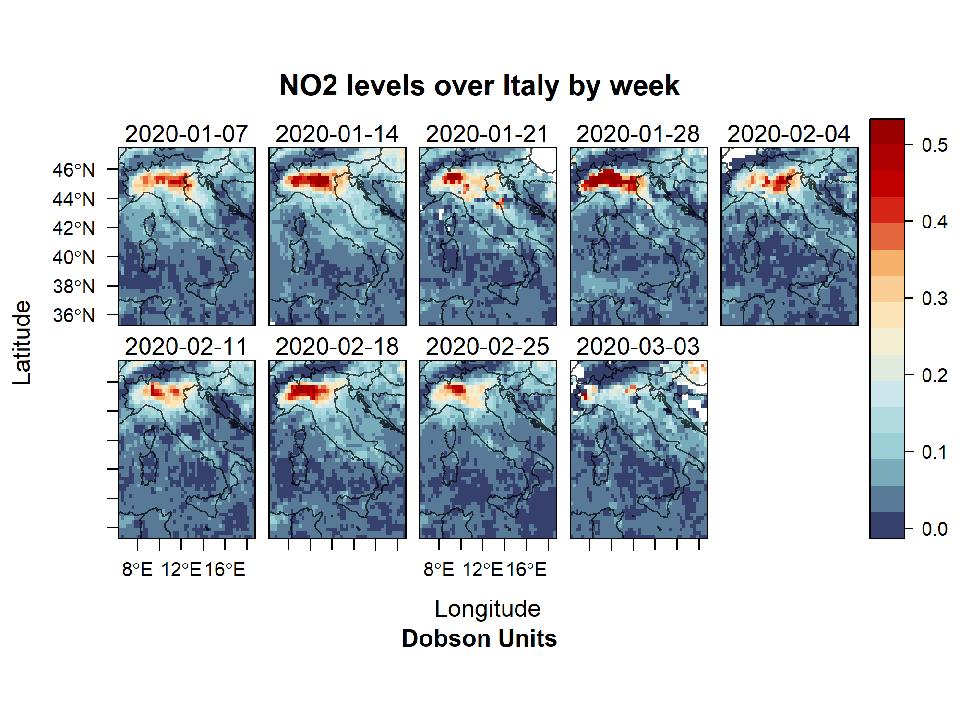 Deaths from air pollution should likewise decline globally, according to the Centre for Research on Energy and Clean Air.

“These reductions in pollution just over one month could mean tens of thousands of deaths avoided from air pollution,” the Centre tweeted.

“That is NOT to say that the pandemic is some kind of a blessing in disguise, with all the suffering it has imposed on people. At the most, it shows it’s easy to overlook chronic, long term health threats such as air pollution, and thus, harder to muster an adequate response.”

(The Centre’s lead analyst, Lauri Myllyvirta, earlier reported that the lockdown wiped out 25 percent of China’s carbon emissions in its first month, the equivalent of 200 metric tons of CO2, by reducing coal consumption, oil refining, airline traffic and other sources.)

Meanwhile, the satellite has begun to record pollution levels rising again in China as the government eases its lockdown: 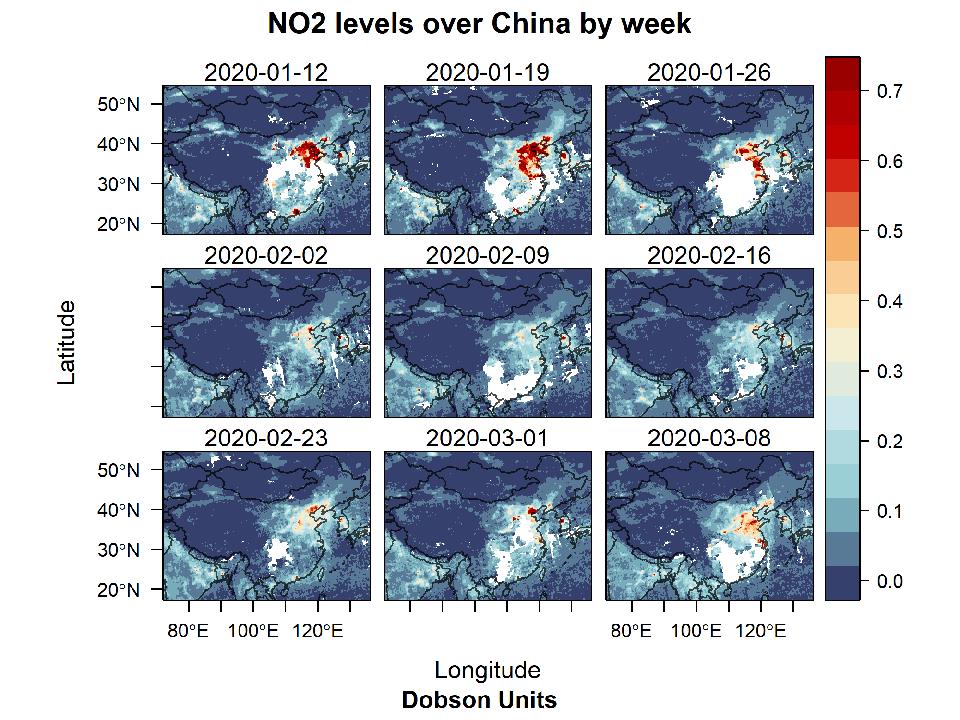 Nitrogen dioxide levels disappear over China during the coronavirus lockdown and then begin to … [+] reappear as the Chinese economy resumes last week. Note that the lockdown began earlier in Wuhan, depicted in the graphic at the top of this page, than in this nationwide image, dominated by emissions near Beijing.