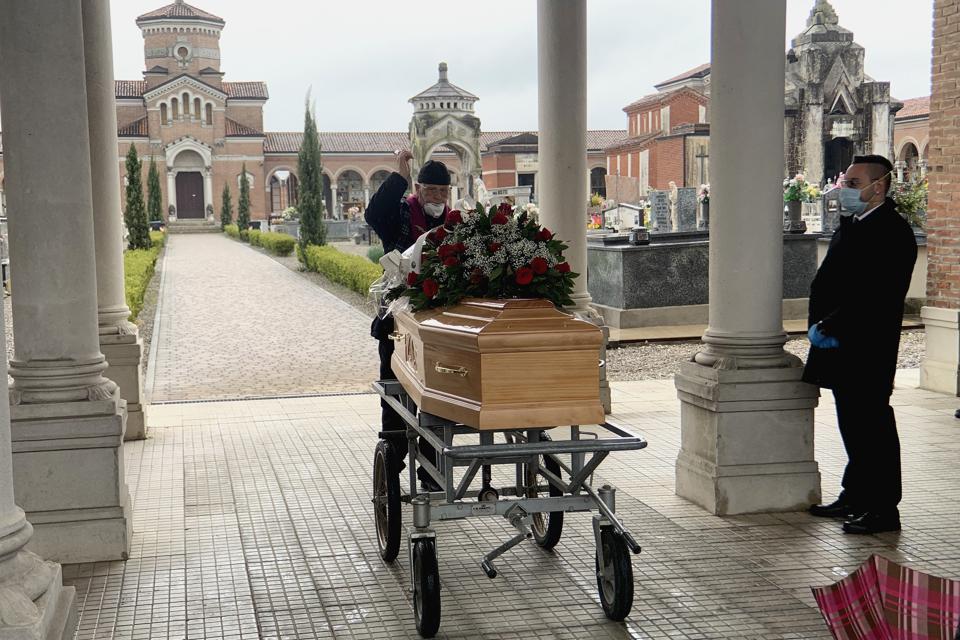 A priest splashes holy water on a casket on March 27, 2020 in Brescello, Italy. The Italian … [+] government continues to enforce nationwide lockdown measures to control the spread of the new SARS coronavirus. (Photo by Pier Marco Tacca/Getty Images)

The worst case is the pandemic sews just enough discord among the voting public in Europe that country’s throw in the towel on the European Union.

Perhaps, within the next two weeks, Italy will have reached peak coronavirus. If so, then the dust would be settling on that country’s worst health crisis since the Spanish flu. Other countries in Europe will have a better grasp as to how long they will have to deal with quarantine measures and soaring infection rates. They will start to feel they have a handle on this. Cooler heads will prevail. This is the best case scenario.

In the meantime, the fast spreading and deadly new SARS coronavirus from China is crashing European economies. Nearly 17,000 have died in about four weeks, most of them in Italy and Spain. 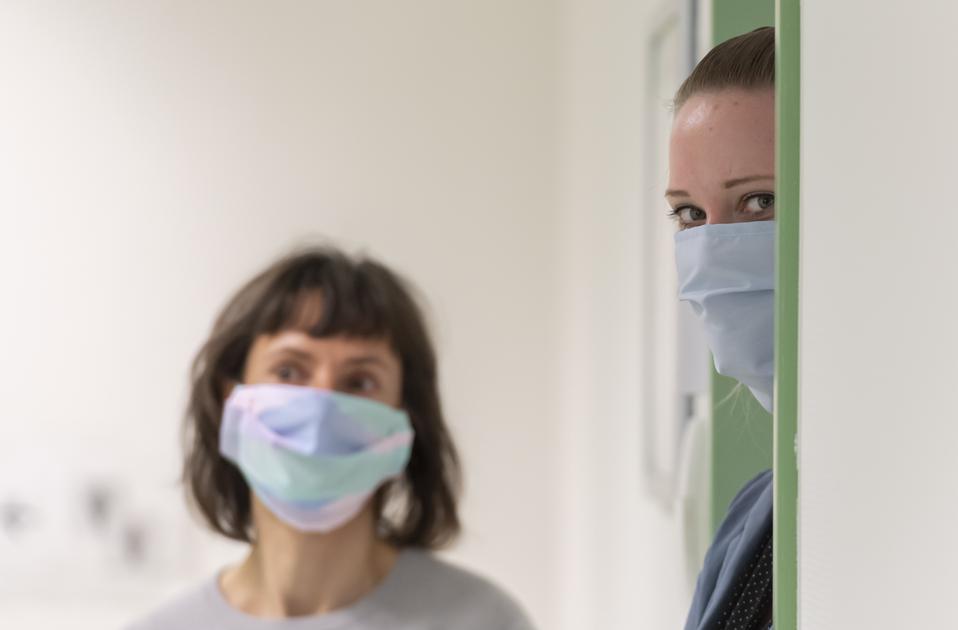 Medical staff work in a newly-built ‘Saxony’s central Corona center’ at the University Hospital to … [+] dispatch patients during the pandemic in Dresden, Germany on Thursday, March 26, 2020. (Matthias Rietschel/Pool via AP )

European leaders cannot agree on aid packages. Germany is in deficit spending mode for the first time in God knows when, and opening its doors to Italian patients suffering from COVID-19. Make no mistake about that, this is a major gesture of unity. And it’s needed.

If you thought Brexit was a test of the European Union, SARS-CoV-2, aka the new coronavirus, is a much bigger threat. They have to get this right.

Think of it this way, if President Trump fails in his war against the coronavirus, his odds of re-election look dismal.

If Europe fails at it, the odds of people wanting to follow in the UK’s footsteps look pretty good.

European leaders clashed this week over how to pull their economies through the coronavirus crisis, not much different than Democrats and Republicans did this week here at home. They have had their “come to Jesus” moment. Europe will, too.

For being the worst hit by the pandemic, Italy accused other EU countries this week of not doing enough to help hospitals and sectors of the economy that have been ravaged by the virus like an unfortunate seal caught in the jaws of a Great White shark.

Italy wants a “European recovery bond” or “coronabonds” to be backed by EU-nations to lift them out of a recession and increase spending on healthcare. France and Spain, two of the other worst hit countries, agreed. Germany and Austria aren’t too enamored by the idea.

On Friday, the French Prime Minister Edouard Philippe said “the situation is going to be very difficult over the coming days”, according to a report in French business daily Valeurs Actuelles.

Like Italy today, the situation has deteriorated in Paris over the past 24-hours. Several Paris hospitals “are saturated” already. At the current rate, hospital ICU units in the city would have been exhausted to capacity.

France reported 1,700 deaths over the last two weeks, including a 16 year old girl from Ile-de-France, the youngest victim of COVID-19, and perhaps in all of Europe at this time. She supposedly had no underlying health symptoms, at least none reported out of Europe at the time of this writing. 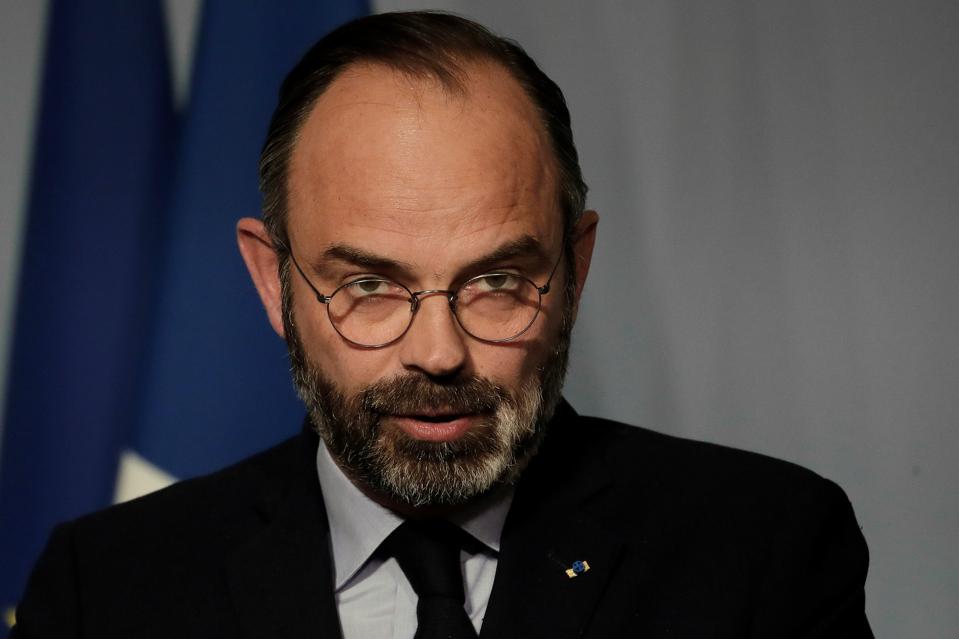 France, Italy, Spain…people there are terrified. There’s a lot of finger pointing.

For the market, the European Union continues to teeter towards fuller integration, with very different approaches to governing in German and Belgium versus the southern states of Europe. That sort of partisan bickering works in a nation, but might not work for a coalition of nations. Crises like this pandemic exposure the Union’s weaknesses. In times of duress, the weakness is what knocks you down, no matter how muscular you are.

“As we have seen with Brexit, there are forces resisting the brand of government that the EU promises,” says Sebastien Galy, head of macro research for Nordea Asset Management, one of Europe’s largest wealth managers.

Galy is optimistic. But his optimism rides on Italy healing soon.

Credit risk in Italy is set to remain elevated until there is some clarity on the size of the credit line from the European Stability Mechanism run by the European Commission, and the conditions it will impose on Italy to access that money.

Meanwhile, an expected 9,000 people would have died in the country by early next week if the trend line continues. Millions are out of work.

On a positive note, the EU leaders were able to unite over the idea of more careful screening of foreign investments in order to protect Europe’s strategic assets, meaning medical and pharmacological inputs that are entirely dominated by China.

The BBC is noting the discord. “The EU is finished,” gloat the nay-sayers. “Even faced with the coronavirus, its members can’t stick together.”

It’s like the anti-Brexit BBC is blocking tackle for a foreign government, trying to get out ahead of what is obvious to the lumpen masses — these guys are dropping balls left and right. We were right to jump ship. 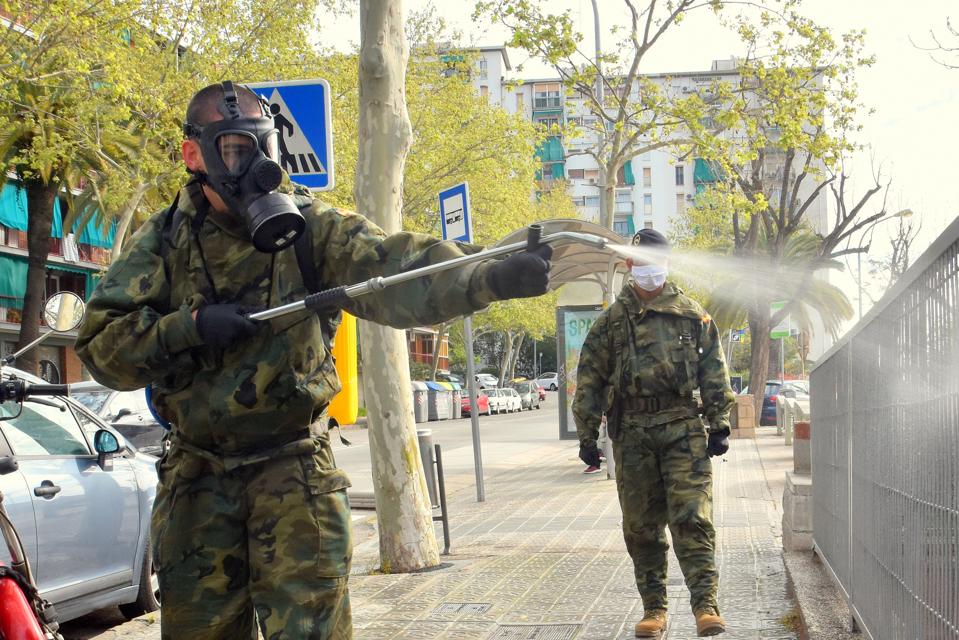 The Spanish military has been called in to disinfect public places. It is believed the new SARS … [+] virus can survive up to three days on metal surfaces. (Photo by Ramon Costa/SOPA Images/LightRocket via Getty Images)

But who isn’t tackling the coronavirus like a bunch of Keystone Cops?

China dropped the ball. They jailed doctors in Wuhan and called them rumor mongers for putting out on their social media accounts in December that they found a new variant of the SARS coronavirus in a patient who had died from lower respiratory failure.

The U.S. was fast to block traffic to China, but slow on blocking it from Europe. President Trump likes to say “nothing is inevitable” but perhaps this crisis was.

Once it ripped through Italy, the early success the U.S. had in containing the China travelers was wiped out. Italy didn’t stop travel to China. China didn’t restrict travel to Europe, as they are now. The virus found just enough hosts to kick off its world tour some four weeks ago, starting most notably in Lombardy in northern Italy.

All eyes are on Italy for the next week as it approaches its peak — estimated to be between six weeks and eight weeks from the time infection rates began to rise exponentially. For Italy, that was the third weekend of February.

Once the public health crisis looks to be under control, as is the case now in China, the origin of the SARS-CoV-2 virus, then it will be a matter of agreeing on fiscal stimulus to keep the European economy afloat.

Should those measures work well, and people who have lost their jobs to quarantine measures are not forced to drastically reduce the quality of their lives for months on end, then there is an equal chance people in Europe will perceive the system has worked for them.

Despite the mayhem, a mayhem the blindsided everyone from Beijing to Berlin, the best case is that the worst case — millions dead and a prolonged global recession — doesn’t happen after all.

The leaders of Italy and France called this a war. World War II united the European Union. The war against the coronavirus should unite them just the same.

What It Means To Be A Leader Right Now