Breaking
Florida Supreme Court Tells The American Bar Association...
How to Write Perfect Paid Social Media Marketing...
How To Boost Productivity In Your Small IT...
How Restaurants Can Design a More Sustainable Food...
Expenses That Small Business Owners Need to Be...
How You Can Make Saying Goodbye To The...
Biden To Meet Royal Family At Cornwall’s Eden...
It’s Going To Be Emotional — Going International...
Peer Mentoring For Students: STEM & Buds
7 PR Trends in 2021: The Story So...
Google Plans Radical New Google Pixel Smartphone Upgrade
Where Did COVID Come From?
Ride To Growth With A Business Vehicle
C3.ai’s Tom Siebel: How To Scale AI
Moz Acquired by iContact Marketing Corp
10 Examples of Brands Using TikTok Stitch and...
Home Finance Coronavirus Politics Infects U.S. As It Infected China
Finance

At a campaign rally last week in North Charleston, South Carolina, President Trump declared that “Democrats are politicizing the coronavirus,” which he characterized as “their new hoax.” These statements combine the obvious with the absurd. What is obvious is that discussion and debate about government response to the coronavirus outbreak should be part of a national political debate.  What is absurd is that the outbreak is a hoax. 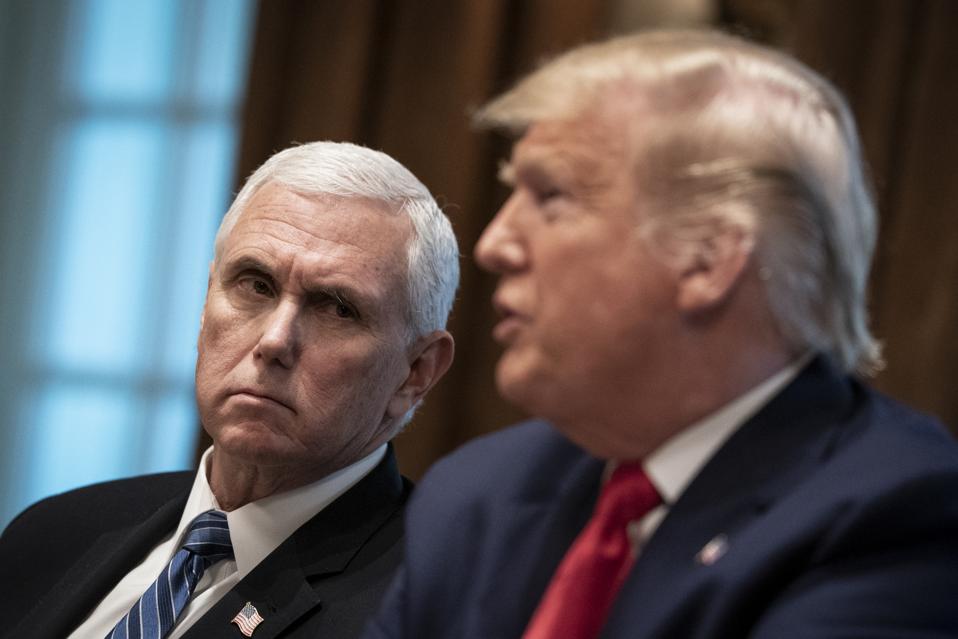 Americans need to worry that our politics are infected with the same kind of psychological dysfunction that produced the COVID-19 outbreak in China, and allowed it to spread across the globe. What we face in the U.S. might simply be a milder form of the political and psychological syndrome that has so severely damaged China.

A constant theme in my blog posts is that a relatively small group of psychological pitfalls wreak havoc across the landscape of human decisions, which collectively we downplay and fail to address. I describe these pitfalls in my books, especially Behavioral Risk Management, and apply them to all kinds of situations, including epidemics. My book analyzes these pitfalls, and discusses a series of remedies for mitigating their effects.

One of the most important points I make in the book is that there is a list of usual psychological suspects upon which to focus. These suspects are: excessive optimism, overconfidence, confirmation bias (including groupthink), status quo bias, aversion to accepting a sure loss, and responsibility-related regret.

Looking back at media descriptions of the COVID-19 narrative, which begins in the Chinese city of Wuhan, I encourage you to ask yourself whether the usual suspects apply.

During December 2019, when local authorities in Wuhan silenced doctors and others for raising red flags, did those authorities succumb to confirmation bias? Confirmation bias is downplaying or ignoring information that disconfirms a position being tested or held, while overemphasizing information that is confirming of that position. As we know, there is the sad, poignant story about the late Dr. Li Wenliang who first warned his medical colleagues about the possibility that a dangerous, novel virus had emerged in Wuhan, and who was reprimanded by Wuhan’s authorities who claimed he had generated a false rumor. An especially important instance of confirmation bias involves Wuhan’s health officials ignoring evidence of COVID-19 being transmitted within families, and therefore transmission from person to person.

After the outbreak of COVID-19 it took officials in China at least seven weeks before alerting the public. Status quo bias featuring inertia, meaning a lack of action.

Wuhan’s mayor eventually acknowledged having delayed releasing information about the true scale of the epidemic. He claims that he was constrained by China’s national law on infectious diseases, which required him to have central government approval to release such information. Aversion to accepting a sure loss entails accepting an imprudent risk featuring a large loss exposure in place of a modest sure loss, hoping to beat the odds. Some call this behavior doubling down. In the end, it was the residents of Wuhan who lost big. Notably, the Communist party secretary of Hubei Province, within which Wuhan lies, did lose his job and was replaced.

The COVID-19 outbreak in China illustrates how politics took precedence over health policy. The point is that political appointees in China are rewarded for supporting those up the political ladder, and are punished for doing otherwise. At the start of the year, annual meetings of Communist Party-run legislatures take place. These meetings are a time to tout successes, not to highlight problems. Both the mayor Wuhan and governor of Hubei Province acknowledge this reality; and they behaved in conventional ways that reflect the associated political incentives. Psychologically, exhibiting behavior that is unconventional exposes people to the pain of regret, should their decisions turn out to be problematic. Moreover, the greater the responsibility a person bears for a decision, the greater the exposure to regret.

In the COVID-19 scenario that played out in China, all of the usual psychological pitfall suspects were present in great force.

Now that COVID-19 has emerged in the U.S., we are witnessing the same suspects at work on our soil. The sharp and precipitous declines in U.S. financial markets appear to reflect investors’ realization that the virus has been circulating among us for longer and more widely than our public health system had led us to believe. Just as the citizens of China came to mistrust their government’s competence in protecting them from the virus, Americans now are beginning to wonder whether the same is true of our government.

Congressional representative John Garamendi has raised concerns about a lack of competence at Travis Air Force Base in California. Travis has been used to quarantine Americans who had been on the ship The Diamond Princess and tested positive for COVID-19. Garamendi has raised concerns that improper procedures and poor training resulted in a government health care worker becoming infected while on the base, and then when leaving the base unknowingly transmitting the virus to the community. It only takes one slip like this to lose control and end up with community-based transmission in which it becomes virtually impossible to track the source of infection.

Author Laurie Garrett who studies epidemics has expressed concern that the U.S. health system is simply not prepared for a real epidemic. Interviewed on the radio program On the Media, on February 28, 2020, she warned that the Trump administration is structuring public health messaging with a view to managing its political reputation at the expense of combating the spread of the virus. She suggests that a main focus of the messaging effort is to calm financial markets, whose recent downturn constitutes an unfavorable development for President Trump’s re-election effort. In this regard, she points to statements by the Secretary of Health and Human Services (HHS) that contradict messages from the Center for Disease Control (CDC), and asks why the Vice President would be placed in charge of the government’s communication strategy rather than someone with scientific credentials. Garrett is particularly concerned that the Trump administration has been hollowing out the public health infrastructure that we need to address epidemics (such as COVID-19) on our soil. That hollowing out strategy has deprived the country of the ability to respond quickly to viral threats, leading us to be passive rather than active.

When I look at the way COVID-19 is spreading across the U.S., I see clear evidence of excessive optimism, overconfidence, confirmation bias, status quo bias, aversion to accepting a sure loss, and responsibility-related regret. All of the usual suspects are here, junior versions of their cousins in China: at least for now.

BTS’s New Album Has Now Hit No. 1 In The Five Largest Music Markets In The World