Coronavirus Reality Check: Yes, U.S. And EU Will Track Our Smartphone Location Data—Get Used To It 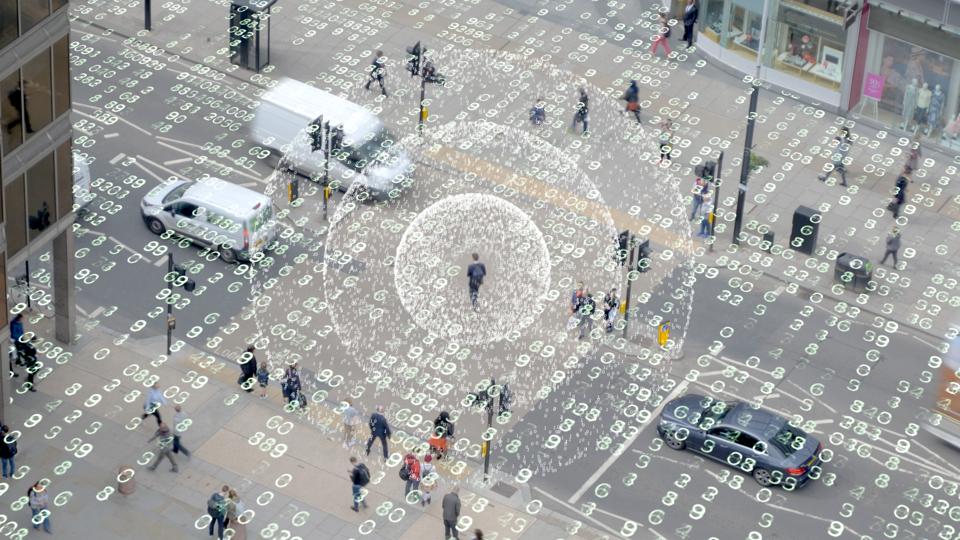 There’s an irony to the surveillance measures being put in place to combat the global coronavirus pandemic. The outbreak started in China. The country with the most extensive population surveillance capabilities on the planet quickly put it to work. Extensive data analysis, facial recognition, phone tracking, apps, even drones. The state set out to know who was where and when. And with who, of course. Where they’d been and where they were allowed to go. China did what China does.

We are inured to such stories from China. We have read countless reports over the last two to three years about the emergence of this domestic surveillance capability. Added to its extensive controls on information, the internet, the economy, it came as no surprise. We had not yet had our own coronavirus shocks to our stable systems. This, coming from China, just seemed to be more of the same.

Then we had stories of government surveillance in South Korea and Singapore. More transparent, certainly, but extensive and mandatory. Again, we put this down to a level of cultural difference. What happens in Asia, we told ourselves, is very different to what happens here, in the U.S. and Europe. And while we acknowledged the success such measures had in containing early infections, it felt far from home.

Meanwhile, there were reminders as to what governments might do if let off the leash—Iran comes to mind with its stupidly simple app pushed out by the government as a self-diagnosis tool. This was quickly uncovered for what it was. Crude spyware intended to monitor the population, to build a dataset.

But then came Israel. “All means will be used to fight the spread of the coronavirus,” the country’s prime minister said last weekend. He was announcing the use of “digital means” to monitor the population, technology designed for counter-terrorism that Benjamin Netanyahu admitted “until today I have refrained from using among the civilian population.” There was a twist here. This was not about monitoring known patients—that’s more easily done. This was data mining.

What was most interesting in the news from Israel was what Netanyahu didn’t say. He talked about geolocating phones. Everyone assumed this simply meant adding a patient’s phone details to a watchlist and see where it went. That’s the simplest tech imaginable in surveillance. That’s not what he meant.

Our phones are the front-end to an absolute wealth of data that can all be collated and mined. Your phone knows where you go, yes, but it also knows who you know, who you speak to, how often. If I add the phone’s location to details of who you know and look at where those people might also be, I create a dataset that provides a map of likely contact. And likely contact means possible infections. And I can go much further, building and manipulating that dataset using just metadata.

As I told the Washington Post at the time, “you’re trying to track back in history to determine who has been where and who has met whom. I can’t imagine there won’t be dozens of countries thinking about doing the same thing.”

And so to Europe and the U.S. We’re now in this for the long haul. Everything about coronavirus and the fight to stem infections is unprecedented. More and more our leaders talk about “the invisible enemy” and being on a war footing. And the technology at their disposal in that regard will create a huge conflict within each of us. We want out governments to do all they can to face down the issue. But at some point we will find ourselves making privacy compromises as never before.

Yesterday (March 18), the Washington Post reported that the U.S. government “is in active talks with Facebook, Google and a wide array of tech companies and health experts about how they can use location data gleaned from Americans’ phones to combat coronavirus.” Right now this would be anonymized, generic scale trends, not tracking specific individual’s “daily whereabouts.”

The idea behind this initial move would be predicting hotspots using “aggregated anonymized data.” That could include density mapping—is social distancing working or are we still seeing too many people in certain places, and where that might be, does it link to infections, how do we react?

We are still at the very earliest stages of this fight. The technologies developed over generations to fight terrorism, serious and organized crime, to safeguard national security and track those that would do us harm, these are now sitting deep within our agencies as a tantalizing security tool that may become the best means we have of tracking this new “invisible enemy.”

Right now, the sensitivity for Big Tech and the carriers with the Snowden backlash in mind will keep the brakes on how far this goes. At least in the U.S. There will be European countries that move much faster. Care to be a privacy advocate arguing the case in Italy right now? But longer term, this will create the greatest conflict within each of us as to the balance of privacy and safety. How much power are we willing to see vested in the state as we push them harder for a resolution.

And so, initially anonymized and then slowly starting to venture into use cases with identifiable data elements, we will see our governments track our phones. The tech exists and can be used. China has led the way for all the wrong reasons and we have been rightly critical. Now we will be asked to question our tolerance for our own governments doing some of the same for a very different cause.