Breaking
Everything You Need To Know About EMI Option...
Social Security’s Government Pension Offset (GPO)-A Common Sense...
5 Practical Tips for Small Businesses Going Through...
Part II: How To Optimize Product Ownership In...
How Zoom Conquered Video Conferencing
How To Meet Customer Expectations This Holiday Shopping...
A Technology Solution For Muni Bond Disclosure
Five Common Ways To Fund A Small Business...
Your Floss Pick Habit Is Killing The Planet,...
Customer Service Recovery: Six Keys To Turn Complaints...
10 Unique Habits To Positively Impact Your Productivity
How Becoming A Learning Organization Is Key To...
IRS Increases Enforcement On Cryptocurrency: What This Means...
Optimus Prime Finally Gets The Diaclone Update He...
No, There Isn’t A Black Hole At The...
The Fed Could Be Repeating This Key Mistake...
Home Finance Coronavirus Stimulus: That $1,200 Check And Two Other Numbers That Will Affect Your Wallet
Finance

Coronavirus Stimulus: That $1,200 Check And Two Other Numbers That Will Affect Your Wallet 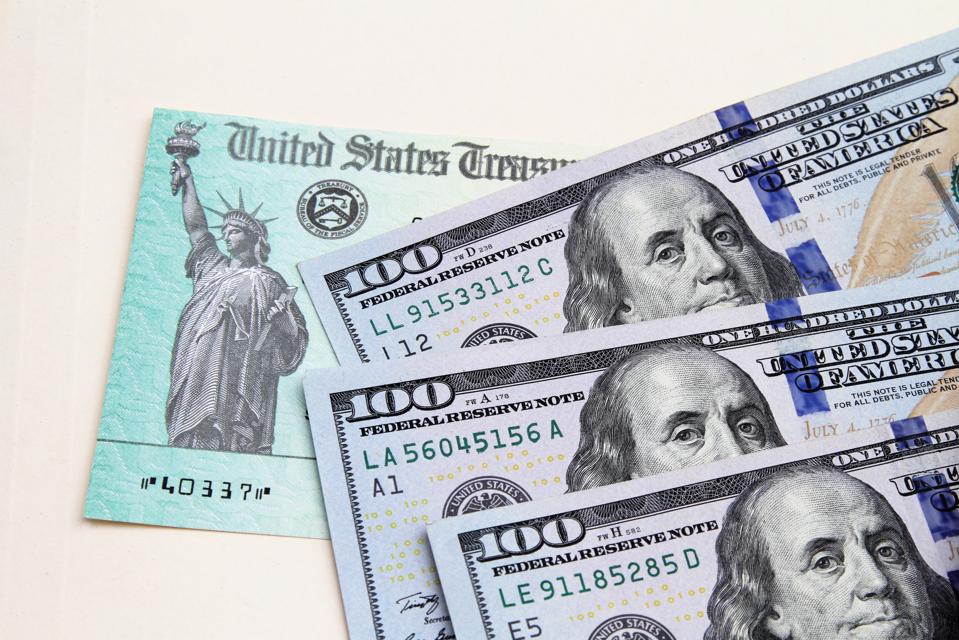 All eyes are on Trump’s economic stimulus plan.

As the coronavirus outbreak continues to take its toll on the United States, all eyes are on the Trump administration’s proposed $1 trillion economic stimulus plan—which Senate Democrats are still weighing in on—and the wildly-swinging stock market. Here are three numbers from this week that could have a big impact on your wallet in the uncertain days to come.

Under the GOP bill, American adults making less than $75,000 per year would receive a check for $1200 each, plus $500 per child, within three weeks of the bill being passed. The payments are lower for those making more than $75,000, and they disappear entirely for those making more than $99,000 per year. If the economic crisis still persists six weeks after the first checks are sent, the government will cut another check for the same amount. According to Treasury Secretary Steven Mnuchin, the whole effort will cost $500 billion.

The bill would also expand eligibility for some small businesses to access loans from the federal government—up to $10 million, in some cases, under the Small Business Act. The bill says these loans could be used for worker wages, sick leave, and healthcare benefits. The U.S. Small Business Administration is also offering up to $2 million in Economic Injury Disaster Loans for small businesses impacted by the coronavirus.

The idea, of course, is for the federal government to prevent smaller companies from going under. Layoffs driven by the coronavirus have already begun to ramp up in earnest, especially in the leisure and hospitality sectors, and the U.S. is bracing for job losses of a magnitude unlike any seen in recent memory (in the millions next week, experts predict). Small businesses are especially vulnerable. It’s a stark contrast from a job market that was operating at near-capacity just last month.

At a press briefing on Friday, President Trump said that the federal government has temporarily suspended all payments on federally held student loans as a result of the ongoing coronavirus outbreak. Trump had already waived interest payments earlier this week. Borrowers can now delay payments for up to 60 days without penalty, Trump said. But there’s a very important caveat: according to the Department of Education, borrowers with current loans need to contact their service provider in order to request the forbearance.

ContourGlobal Abandons Coal In Kosovo And Switch To Renewables

On The Frontlines Of COVID-19 With No Health Insurance