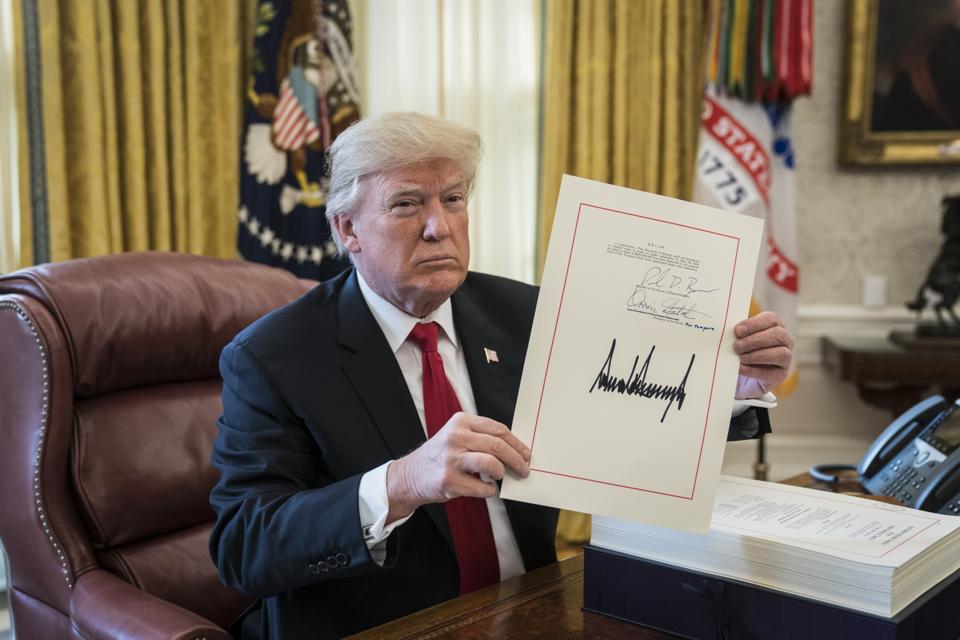 Corporate taxes are again in the news (as if they ever really leave). National Public Radio put together a piece that looked at how the 2017 tax cuts failed to deliver GOP promises. Scott Horsley did a an overall good job, although claiming that “more than 60% of the tax savings went to people in the top 20% of the income ladder” was a shaky statement, based as it was on a December 18, 2017 Tax Policy Center analysis.

People were still trying to understand exactly what changes had hit the tax code and the implications of them. It may be that the 60-20 scenario is correct. It might assume too much accretion to the top 20%. Or, as I suspect, maybe not enough.

However, there are other good observations (check Horsley’s piece for details):

·        There was no permanent boost in economic growth.

·        The tax cuts for most individuals were so small that people didn’t notice them.

The corporate drop might seem less than you’d expect from statutory rates that went down 40% from 35% on profits to 21% with the 2017 legislation. However, according to a 2016 GAO report, the largest corporations were paying only about 14% of their profits in federal income tax in the period from 2006 to 2012. And two-thirds of all active corporations in any given year paid no federal income tax.

I don’t know what the driving factors are. Part is tax loopholes and special benefits Congress has afforded large corporations. Another part can be ascribed to large companies keeping profits rather than passing them on to shareholders as dividends, instead letting them focus on rising share prices.

What seems clear, however, is dysfunction in the tax priorities and systems in the country. I’ve heard from conservative economics who swear by lowering corporate taxes under the assumption that doing so grows the economy and claiming that a “fairer” form of taxation would be a consumption tax like a VAT. That, of course, becomes an utterly regressive form because it would transfer the vast bulk of responsibility to those who get the least from the economy. It’s a socialization of cost with privatization and upward concentration of benefit.

Trump And Pelosi Bring $15B Gift To Health Insurers

A Trump, China, And Coronavirus Perfect Storm Could...

What To Consider Before Moving A Parent Into...