Breaking
Mayo Clinic And Kaiser Permanente Invest $100 Million...
MozCon Virtual 2021 Interview Series: Wil Reynolds
Commodity Spikes May Be Close To Peaking, Futures...
Benefits of Responsive Web Design
ESBC Major Updates: Tons Of Heavyweight Greats Added...
5 On-Demand Courses To Help Develop Your Leadership...
How to Run Nonprofit Marketing Ads
Entrepreneurs Are Bringing Transparency To Home Buying And...
Best Incentive To Get Vaccinated: Money, Messaging, Or...
Page Level Query Analysis at Scale with Google...
How A CIO Can Align IT With Business...
Blogger of the Month: Jo, Girl Eats World
6 Things Women In Business Know That Men...
How to Use First-Party Data for Ad Personalization
Pressing Reset—Putting A Fallen Unicorn Back On Its...
How We Went Viral: Promoting Content with Influencers,...
Home Technology Cosmos:Possible Worlds Instills Wonder And Sparks The Imagination
Technology 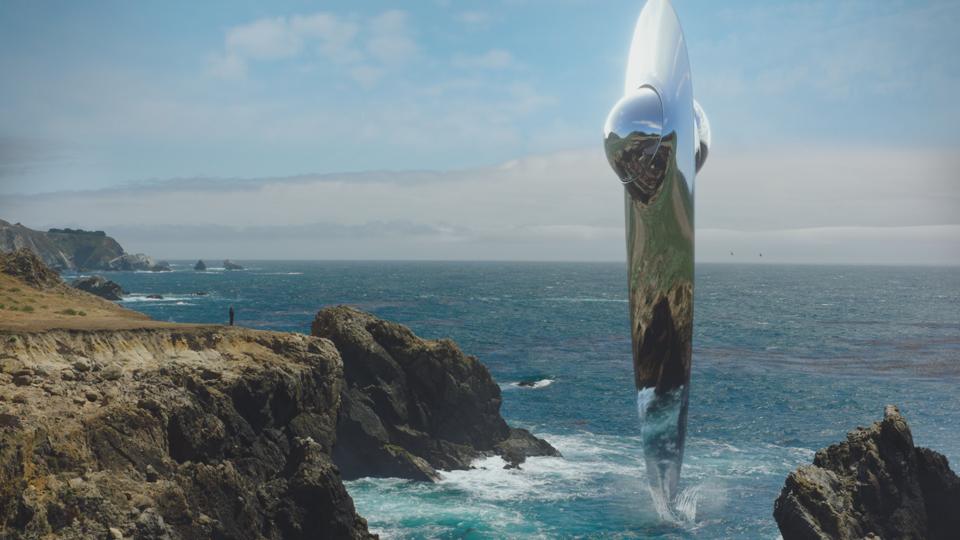 Host Neil deGrasse Tyson stands on a cliff with a spacecraft behind him that serves as the vessel … [+] for exploring the universe in Cosmos: Possible Worlds.

A Sense of Wonder

When it comes to science and exploring the nature and the laws of the universe, there are thousands—perhaps tens of thousands—of people around the world and throughout history who work diligently to explain the world around us. Among those, there are a few who emerge as the personalities of science—the story tellers who share the sense of wonder with those of who are not scientists and help us to understand our place in the universe and our role in the continuing saga yet to come.

Carl Sagan was one such person. A press release from Nat Geo explains, “Many decades ago, a young Carl Sagan daydreamed on the rug of a tenement, envisioning something quite unique for someone so young: a drawing filled with a boy’s dreams of the Space Age and interstellar exploration. A world-renowned visionary, Sagan lived those dreams and shared them with the world in Cosmos: A Personal Voyage, sparking the most beloved science franchise in television history.”

Ann Druyan was Carl Sagan’s wife and his partner and collaborator on the original Cosmos, and she is the guiding hand in continuing to produce this series. She is quoted in the Nat Geo press release, “Cosmos is much more than a dramatic, cinematic journey; we hope that it will awaken the widest possible global audience to the sacred searching at the heart of science. You will meet new heroes who were willing to give up their lives rather than tell a lie or jeopardize the future. Cosmos: Possible Worlds is a vision of the future we can still have if we have the wisdom and the will to act on what the scientists are telling us.”

I had the pleasure of speaking with Ann about this new season of Cosmos. She told me that she was inspired by a video she found online of opening remarks from Albert Einstein at the 1939 World’s Fair in New York. Einstein began his speech saying, “If science, like art, is to perform its mission totally and fully, its achievements must enter not only superficially but with their inner meaning: into the consciousness of people.”

She told me that it struck her that the 1939 World’s Fair expressed so much optimism and such a wondrous vision for the future at a time that sat between the wake of the Great Depression and the dawn of World War 2. It motivated her to imagine the world 100 years later and consider what a 2039 World’s Fair might have to offer. In spite of the resurgence of fascism around the globe, the spread of pandemic diseases, and impending doom of climate change, what might the future hold If we remain optimistic and curious—focused on exploration and progress instead of chaos and destruction?

The result of that spark is Cosmos: Possible Worlds.

The 13-episode season provides a voyage through past and present, and into uncharted territory and imagining the future. The episodes integrate state-of-the-art visual effects, stylized animation and dramatic reenactments to carry the audience deep into the future to imagine what potential exists to change our reality.

I also spoke with host, Neil deGrasse Tyson. I asked him what lesson or takeaway he hopes viewers will get from watching this season of Cosmos. Neil responded, “This season is not unlike the previous two. I think what they all have in common is the ability to not only enlighten you with science—and occasionally the technology behind the science, but find a way that that matters to you and empowers you to become a better shepherd for civilization.”

He emphasized that we have the knowledge, but the question is whether we have the wisdom to apply the knowledge in nature and the world around is to assure we will survive—and thrive. Neil added that he hopes Cosmos: Possible Worlds leaves viewers with a sense of enlightenment coupled with duty to do something about this world.

I want you to watch the series for yourself, so I won’t spoil it for you. Suffice it to say that it is awe inspiring and well worth your time to watch. All I will say is that it is mind-blowing the way the first episode compresses all time since the dawn of the universe into a single, 12-month calendar. Considering humanity and our impact on the universe through that lens provides amazing perspective.

Nat Geo excels at creating content that is engaging and entertaining, yet also educates and informs, and Cosmos: Possible Worlds continues that legacy. Cosmos: Possible Worlds airs from 8-10 PM Eastern time for seven weeks beginning March 9, in the US, and it will air globally in 171 countries and 43 languages and on FOX this summer.