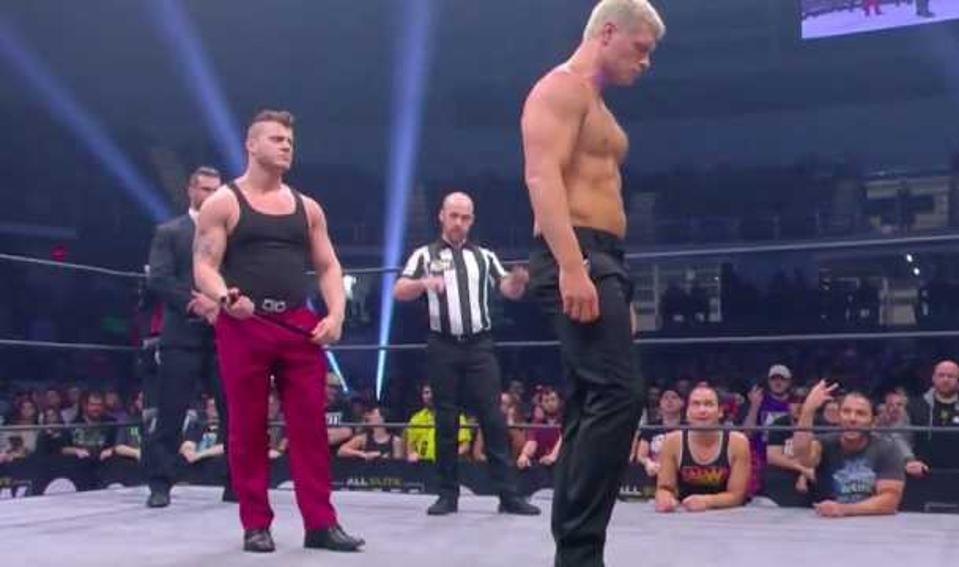 AEW Dynamite will air a historic broadcast this evening as uber babyface Cody will be pitted against debuting monster heel Wardlow in what will be the promotion’s first-ever Steel Cage Match.

The Steel Cage Match was announced on the January 1 broadcast of AEW Dynamite, and exists as a stepping stone for Cody to finally get his hands on sworn enemy MJF. MJF infamously betrayed Cody during November’s Full Gear pay-per-view, resulting in a stipulation where Cody can never challenge for the AEW World Championship ever again.

In addition to being a Steel Cage Match—pro wrestling’s de facto resolution—there are several ingredients in play that, at the very least, give this broadcast an outside chance of possibly clearing one million viewers.

This match has been promoted for well over a month, similar to Cody’s 10 lashings which were announced on that same aforementioned January 1 broadcast. The much-anticipated and heavily promoted main event segment powered AEW to 928,000 viewers, up big from 828,000 the week prior. AEW Dynamite’s viewership fell back down to 817,000 the following week.

Viewers are clearly responding to the slow-burn storytelling of Cody vs. MJF. AEW has not achieved one million viewers since the October 16 broadcast drew 1.014 million. Though they have dominated the head-to-head ratings war with WWE NXT, the promotion averaged just over 900,000 viewers in 2019. That number has fallen to 824,000 through February of 2020.

AEW’s formula of heavy promotion for one of its hottest feuds will be the case for tonight’s broadcast, but this time around there are far more elements of intrigue—and more importantly—far more at stake.

Wardlow’s debut match in AEW will be a point of interest, as will the aesthetics of AEW’s Steel Cage. The match itself is typically a crowd pleaser, especially within a promotion that has yet to bastardize the otherwise potent stipulation. Also at stake is Cody’s ability to challenge MJF at AEW Revolution, something that cannot happen should Cody lose.

The broadcast will also be bolstered by a tag team Battle Royal featuring The Young Bucks, and the AEW debut of Jeff Cobb.

Outside of Chris Jericho’s Inner Circle, Cody and MJF have consistently been the two top draws on AEW Dynamite. Per a study by Brandon Thurston of Wrestlenomics, MJF’s segments average a 3.4% increase in quarter-hour viewership while Cody’s are segments are not too far behind with a 3.0% increase.

Positioning their blood feud in a much-hyped main event cage match bodes well for Dynamite’s viewership, and after clearing 920,000 viewers for their last major segment, one million may not be out of the question.

We Know The New Samsung S20 Is An Awesome Consumer Phone, But What For The Enterprise?

States That Defend Us—Where Do Our Military Volunteers Call Home?

Juice WRLD Doubles Up Inside The Top 10...