Breaking
How To Get Your Startup Business Off The...
How To Create A COVID Safe Construction Site
How to Make a Good First Impression at...
3 Lucrative Hidden Benefits Of Podcasting
Your Stargazing Guide To Fall: One ‘Halloween Blue...
Mnuchin: White House Still Supports Direct Payments For...
How To Retain Your First Startup Product Users
China Shipments To The U.S. Are 7 Times...
Reviewing ‘The iPhone Of Air Conditioners’
The 8 Best CRO Companies of 2020
AARP BrandVoice: The Doctor Will See You Now,...
ThoughtSpot’s New Cloud-Based Tool Aims At Boosting Growth...
10 Ways Service-Based Businesses Can Generate Positive Word-Of-Mouth...
A Customer-Centric Culture Starts By Embracing This One...
Report: Struggling Black-Owned Businesses Need More Government Grants
Microsoft Races Ahead On RPA (Robotic Process Automation)
Why The Fed’s Outlook Paints A Sobering Picture...
As The End Of 2020 Approaches, The Cybersecurity...
Do Businesses Have A Role In Solving Poverty...
Home Technology Could Astronauts Use Their Own Urine To Make A Moon Base From ‘Space Concrete?’
Technology

Could Astronauts Use Their Own Urine To Make A Moon Base From ‘Space Concrete?’ 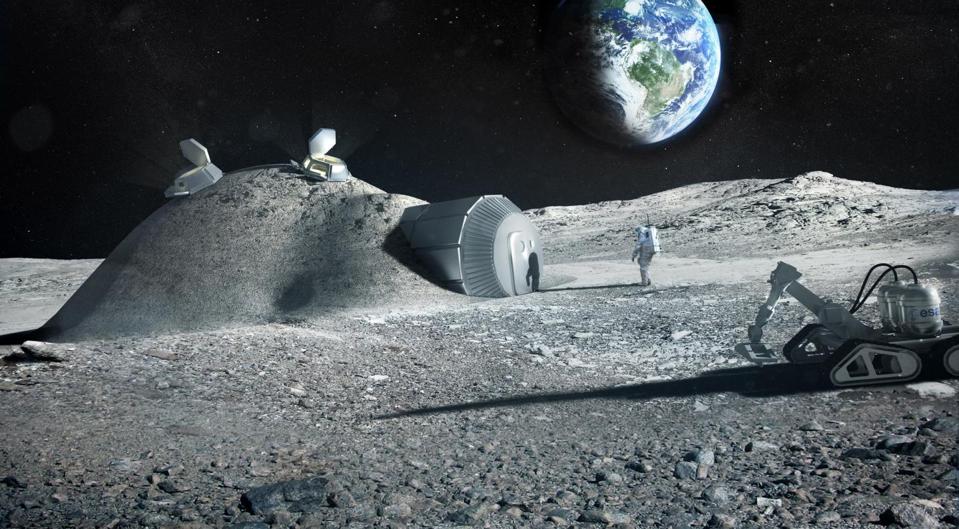 Future moon bases could be built with 3D printers that mix materials such as moon regolith, water … [+] and astronauts’ urine.

According to the 12 astronauts that have walked on the moon, the lunar surface smells like gunpowder. However, in future there could also be a whiff or urine if the latest research comes to pass.

Published this week in the Journal of Cleaner Production is research that suggests that space agencies like NASA, the European Space Agency (ESA) and the China National Space Administration (CNSA) could utilise the urea in the pee of astronauts as a plasticizer to create “moon concrete” for building structures and modules of their planned moon bases.

The research is based on the premise that getting construction materials to the lunar surface would be both expensive (transporting about 0.45 kg from the Earth to space costs about $10,000) and a major logistical problem.

So scientists from Norway, Spain, the Netherlands and Italy—in cooperation with ESA—conducted several experiments to verify the potential of urine urea as an additive that can be incorporated into concrete to soften the initial mixture and make it more pliable before it hardens. 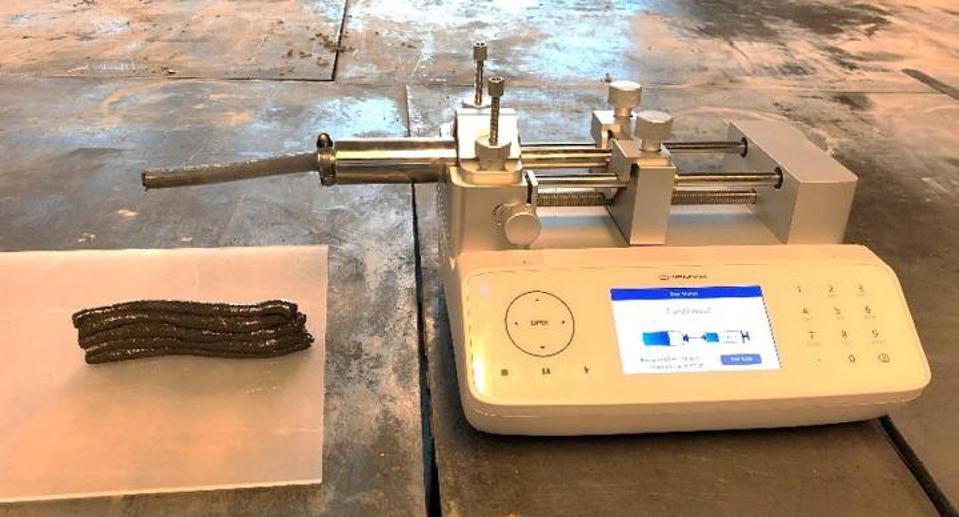 How to make ‘moon concrete’

Essentially, you mix regolith—the loose material from the moon’s surface—with water and astronaut pee. “To make the geopolymer concrete that will be used on the moon, the idea is to use what is there: regolith and the water from the ice present in some areas,” said Ramón Pamies, a professor at the Polytechnic University of Cartagena (Murcia), where various analyses of the samples have been carried out using X-ray diffraction. “A waste product, such as the urine of the personnel who occupy the moon bases, could also be used,” he added. “The two main components of this body fluid are water and urea, a molecule that allows the hydrogen bonds to be broken and, therefore, reduces the viscosities of many aqueous mixtures.”

The mixture of material with 3% urea (sample U) and another with 3% naphthalene, a common … [+] plasticizer (sample N).

The experiments, carried out at Østfold University College (Norway), were conducted using a material developed by ESA that is similar to moon regolith, together with urea and various plasticizers. The researchers then used a 3D printer to make “mud” cylinders and compared the results. It revealed that the samples carrying urea supported heavy weights and remained almost stable in shape. Once heated to 80°C/176°F, their resistance was also tested and even increased after eight freeze-thaw cycles like those on the moon.

Houston, we have a problem

“We have not yet investigated how the urea would be extracted from the urine, as we are assessing whether this would really be necessary, because perhaps its other components could also be used to form the geopolymer concrete,” said Lena Kjøniksen, one of the Norwegian researchers. “The actual water in the urine could be used for the mixture, together with that which can be obtained on the Moon, or a combination of both.”

The scientists stress the need for further testing to find the best building material for the moon bases, where it can be mass-produced using 3D printers.