Breaking
How The US Department Of Health & Human...
Why Do Chinese Companies List Their Shares In...
Can You Get Covid-19 Coronavirus From Food? Frozen...
Winklevoss Twins Tell Bar Stool’s Dave Portnoy To...
Berkshire Hathaway Doubles Down On Net Lease REIT,...
70% Of Americans: Ban Foreign Apps
This Week In Credit Card News: Pandemic Brings...
Three ‘Big Impact’ Surprises That Could Slam Stocks,...
Quantum Computing: What Does It Mean For AI...
5 Questions With Jonathan ‘Magar’ Martinez Cannabis Curing...
5 Concise Questions With Jonathan “Magar” Martinez Cannabis...
Lessons From The Frontlines: Preparing A Global Vaccine...
Behind The Curtain—Chapter 11 From The Inside—Chapter 4—First...
What To Look For In A Nursing Home...
Apple’s Radical iPhone 12 Upgrade Suddenly Confirmed
5 TikTok Growth Hacks You Need To Know
Home Business Could David Blatt Be The Next General Manager Of The Knicks?
Business

Could David Blatt Be The Next General Manager Of The Knicks? 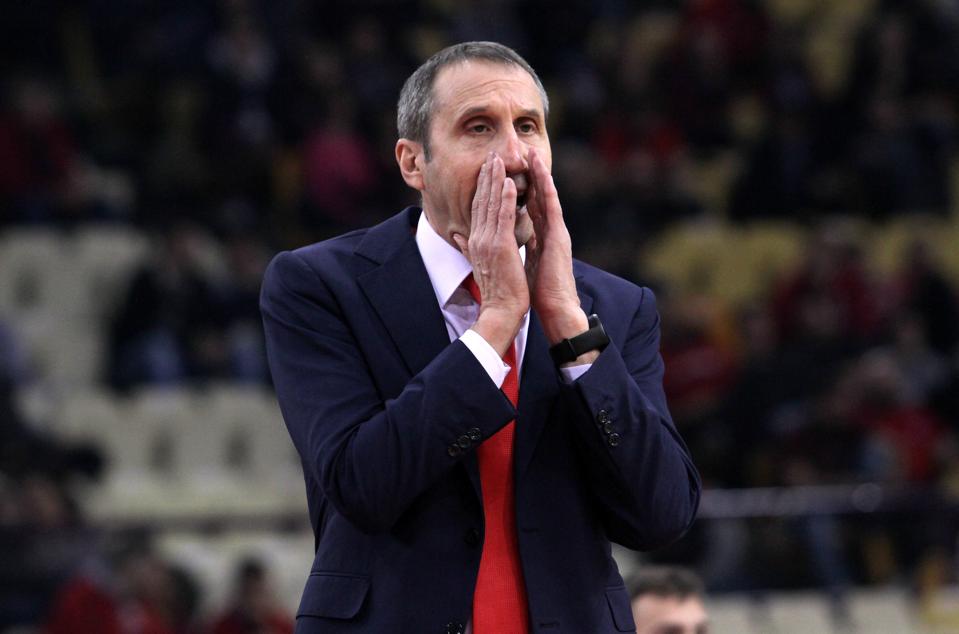 The popular theory in NBA circles is that Masai Ujiri of the Toronto Raptors is going to move to New York next season to rebuild the Knicks. But getting Toronto to part with him would be costly, and the last team that needs to be sacrificing draft picks is New York.

So it was curious that the ‘Bockers brought in David Blatt as a front office consultant as the team tries to make something out of a lost season and looks toward what can be accomplished at the trade deadline, the draft and in free agency next summer. 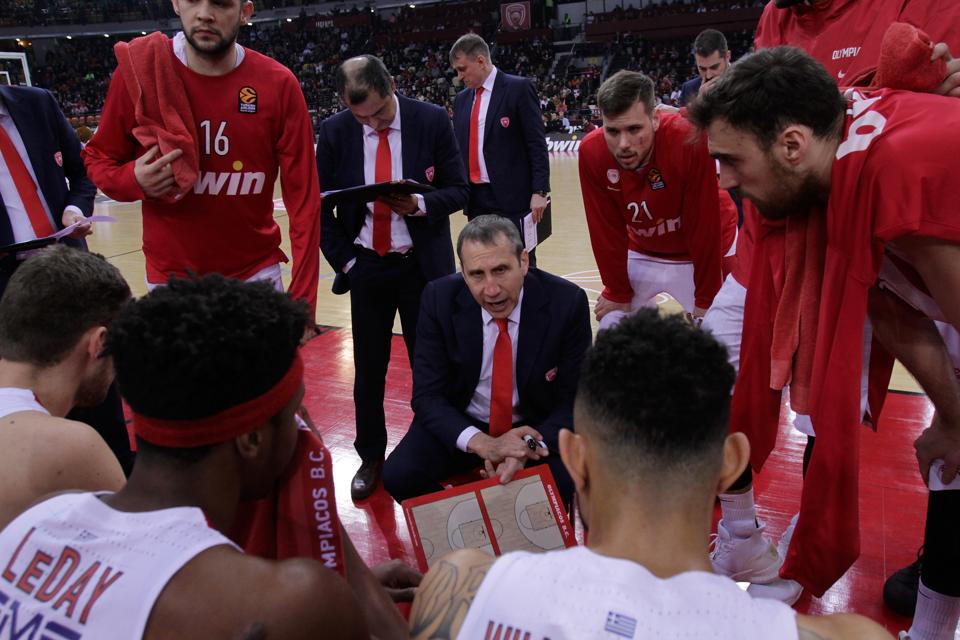 Blatt, suffering from multiple sclerosis, has put his coaching days behind him. One of the most accomplished coaches in European history, and longtime American ex-pat took the Cleveland Cavaliers to the NBA Finals but famously clashed with LeBron James, costing himself a job.

Anyway, back to the Knicks.

Scott Perry is the current general manager, and aside from drafting R.J. Barrett — which was a bit of a no-brainer — his moves have not panned out. 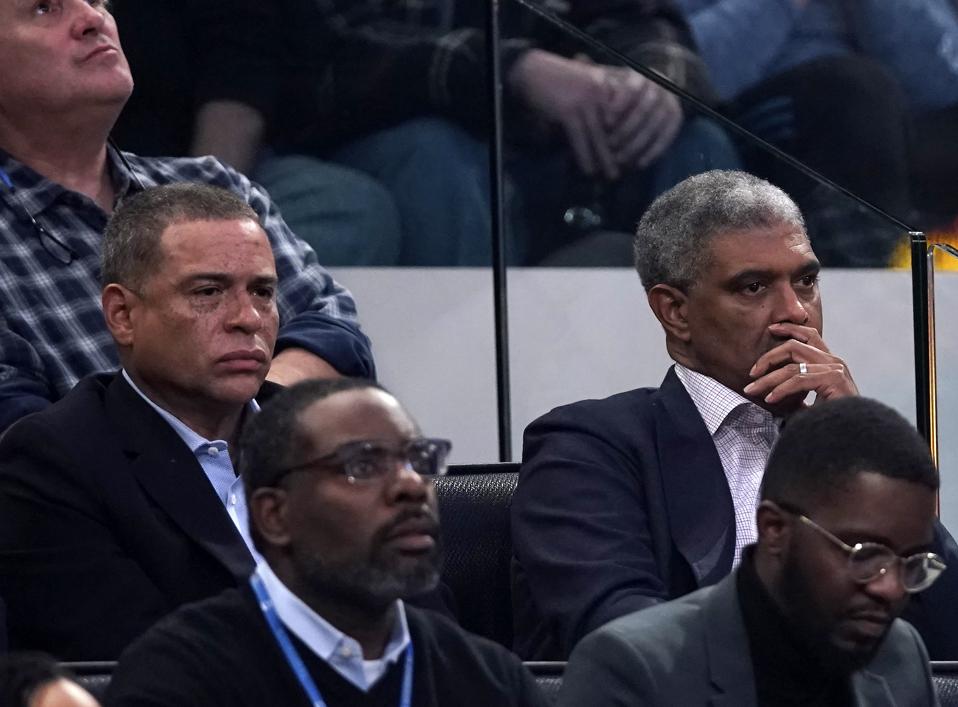 NEW YORK, NY – DECEMBER 07: New York Knicks General Manager Scott Perry and President Steve Mills … [+] watch the game in their seats at an NBA basketball game between the Knicks and Indiana Pacers on December 7, 2019 at Madison Square Garden in New York City. Pacers won 104-103. NOTE TO USER: User expressly acknowledges and agrees that, by downloading and/or using this Photograph, user is consenting to the terms and conditions of the Getty License agreement. Mandatory Copyright Notice (Photo by Paul Bereswill/Getty Images)

The Kristaps Porzingis trade yielded very little (Dennis Smith has underperformed, and two future first-round picks from Dallas are the only remaining assets from that deal.)

So if the assumption is that Perry is on borrowed time, here is the theory as to why Blatt might up in that role:

Blatt, Mills and team executive Craig Robinson were all teammates at Princeton, and all seem safe in their posts. Perry was brought in from Sacramento, and he does not have anywhere near the longevity that Mills has.

Right now, New York is tied with Cleveland for the third-worst record in the league, and there will come a point when Knicks fans will be rooting for losses rather than wins in order to improve their chances in the James Wiseman/LaMelo Ball lottery.

The Knicks will not have their own second-round pick in 2020 (they owe it to Philadelphia), but they do have Charlotte’s second round pick.

Also, their committed team salary for next season currently stands at $82 million — a number that can drop to $67 million if Bobby Portis’ second-year option is declined. So they will have salary cap space.

Between now and mid-February, the task for New York’s front office will be to try to trade away one or more of the players they signed to short-term deals last summer, with Marcus Morris Jr. (averaging a team-high 18.8 points) probably their best trade asset. 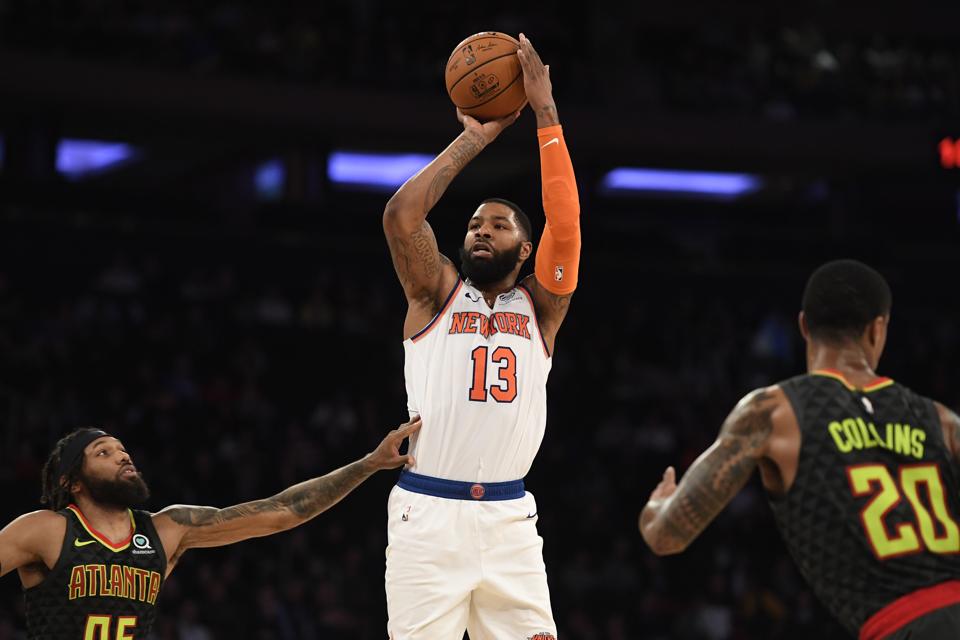 NEW YORK, NEW YORK – OCTOBER 16: Marcus Morris #13 of the New York Knicks attempts a basket during … [+] the fourth quarter of the preseason game against the Atlanta Hawks at Madison Square Garden on October 16, 2019 in New York City. NOTE TO USER: User expressly acknowledges and agrees that, by downloading and or using this Photograph, user is consenting to the terms and conditions of the Getty Images License Agreement. Mandatory Copyright Notice: Copyright 2019 NBAE (Photo by Sarah Stier/Getty Images)

Blatt is an astute judge of talent, and it remains to be seen how much influence he will have with Perry in getting this latest rebuild done. One thing to remember with the Knicks is that internal politics and relationships with owner James Dolan are crucial, and few people are more secure than Mills.

Another unknown is whether Blatt’s health condition would allow for him to take on a full-time job, and coaches who know him in Europe said he was notably taxed while coaching Olympiacos in Athens before resigning in October.

There are more unknowns than knowns when it comes to the Knicks, including who will be their next coach (hey, maybe Mike Miller will earn himself the job by costing the team ping-pong balls.)

Either way, the Blatt hiring is intriguing. Stay tuned.