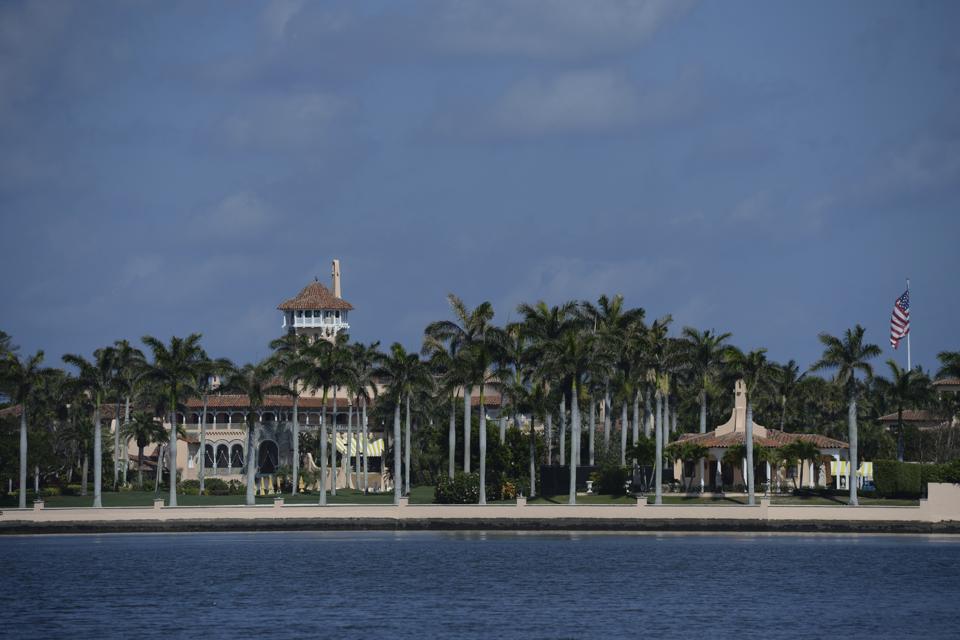 Revelations about President Trump’s Mar-a-Lago residence may cost him millions in state income tax if the New York Department of Revenue takes them seriously.

A story in the Washington Post by Manuel Roig-Franzia maintains that the President’s claim of Mar-a-Lago as his permanent residence violates agreements that he made when he converted Mar-a-Lago from a private residence to a club.

The digging on this was the work of disgruntled neighbors who are upset about the President’s plan to put in a boat dock.

Under the agreement, President Trump is only allowed to live at Mar-a-Lago for three non-consecutive seven day periods. Mr. Roig-Franzia interviewed attorney Glenn Zeitz who indicated that the agreement was “a substantial and serious potential legal impediment” to the President using Mar-a-Lago as his voting address.

Florida is a swing state and as we recall 2000, it can be close, but it is probably not going to come down to two votes – assuming for the sake of argument that the First Lady will vote for her husband. So the political implications are immaterial.

The state income tax effect, on the other hand, could be enormous.

I actually kind of predicted President Trump’s change of domicile in 2017 when he was complaining about the Tax Cuts and Jobs Act hurting him. I didn’t consider that speculation Forbes worthy, but I did cover the actual move on this platform in 2019. What was on my mind in 2017 was the deduction for state income taxes, which I assumed for the President would be, as we say, a number.

One of my sources who runs a family office for someone with a real estate empire bordering on Trumpian proportions recently speculated that the President’s change was motivated by the nasty state income tax implications of Code Section 461(l). That is the section whose effect was retroactively delayed in the CARES act to the delight of a few and the anger of many.

It is possible to be taxed as a resident of more than one state. There is a concept called statutory resident that involves counting days. On the other hand you will be taxed by your state of domicile even if you don’t spend any days at all there.

Domicile is a concept that borders on the mystical and probably is obsolete for many wealthy people, but it persists. You always have a domicile. And if you abandon your domicile, swearing that you will never return, it remains your domicile until you establish a new one.

And if you abandon a domicile in a high tax state, like New York, to establish one in a no-tax state like Florida, you need to be prepared to defend the change – both the abandonment of the old domicile and the establishment of a new one.

Domicile audits can be intense and they can turn on the oddest things. There was one fellow who won based on where his dog was. A woman lost in part because of glowing statements about her by the Borough President of Brooklyn.

The Washington Post has handed the New York revenuers a fairly straight-forward attack on the President’s change. The President is implicitly taking the position that Mar-a-Lago is his new “permanent place of abode”. But from the New York Department of Revenue website, we have this:

In general, a permanent place of abode is a residence (a building or structure where a person can live) that:

It could turn on the meaning of “suitable” i.e. whether the agreement rules out year-round use.

President Trump’s going from consummate New Yorker to Florida Man did not relieve him of the obligation to pay New York income taxes. As a non-resident he has to pay on his New York source income. That has me wondering about a recent tweet he made.

Why the concern about states taxing capital gains? Other than the general Republican belief that tax cuts are a kind of universal solution to every problem. Is the President thinking about making his severance with New York complete by selling his iconic properties and resenting the whopping tax bill on the gains regardless of his domicile status?

How To Navigate Regulation Crowdfunding With Crypto And...