Breaking
Google Meet’s Unlimited Calling Will Continue To Be...
The Need For Speed-Is Quantum Computing A Good...
Stock Market Crash: The End Game Approaches
Best Video Conferencing Software
For These Indigenous Artists “Land Back” Is Both...
The Current Tech Stock “Bubble” Reflects Pessimism, Not...
A Look At What’s Inside House Democrats’ New...
Page Authority 2.0: An Update on Testing and...
How Public Health Experts Are Harnessing The Power...
This Husband And Wife Built A Luxury Brand,...
This Husband & Wife Built A Luxury Brand,...
Luxury Footwear Brand Chelsea Paris Re-Launches And Stays...
The 30 Upgrade Module ‘Avengers’ Farm Trick You...
50 Years After Milton Friedman, Where Does Capitalism...
House Prices To Rise Through The Recession As...
Is An Internet Service Provider Revolution On The...
Home Finance Could Shipping War with Walmart Force Amazon to Bid for FedEx?
Finance 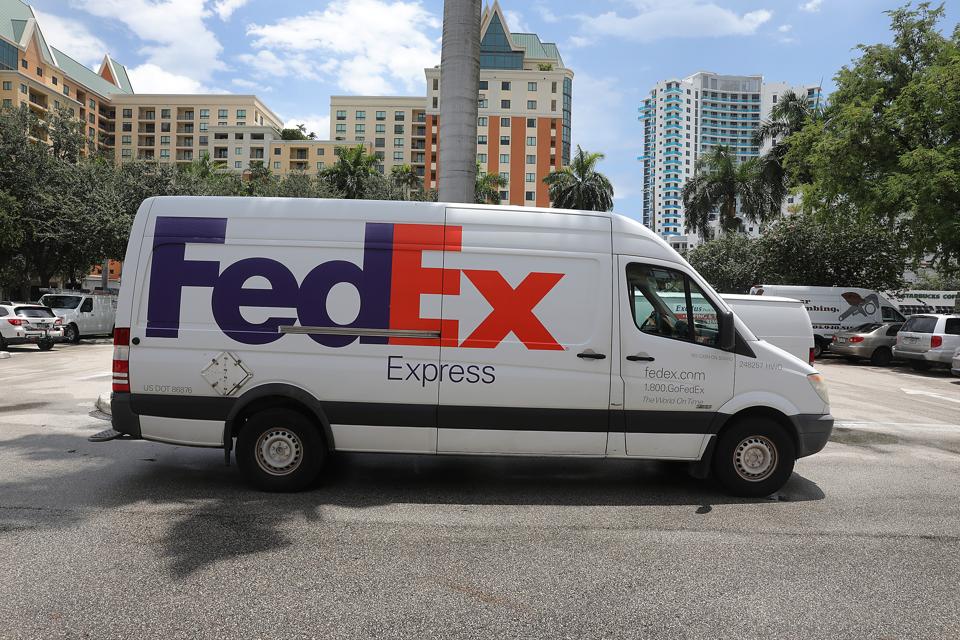 For years Amazon has been eating everyone else’s lunch when it comes to e-commerce, but in 2019 the field of battle shifted as Walmart began to catch up in online shopping and Amazon’s advantage in next-day delivery began to erode. As improbable as it may sound, Amazon may face a unique dilemma that can only be solved by a radical move—the acquisition of FedEx.

Speculation about such a combination surfaced early last year when analysts at Chicago-based investment firm Loop Capital suggested that such a combination makes sense for an e-commerce giant built on logistics expertise. The question may not be whether Amazon, which has become a giant in cloud computing, can become a giant in the delivery business, but whether it can afford not to.

The way consumers shop has changed. They want their products in the shortest amount of time possible.  According to a consumer study by Dropoff, consumer expectations and behavior are changing, and Amazon is the beneficiary. They are constantly responding to the consumer’s need for speed, as consumers want faster delivery and they’re willing to pay for it. Ninety nine percent of U.S. consumers say ‘fast delivery’ is important to them when making online purchases. The survey also revealed that 43 percent of U.S. consumers expect companies to have ‘much faster’ delivery times than the previous year. That’s up from 35 percent in 2017.

I was recently interviewed in a MarketWatch Sector Watch video about “The Cost of Speedy Delivery,” and I discussed how retailers are now challenged to offer the best logistical capabilities possible to get products to consumers. There is a true cost to deliver product to a customer, and it is costing companies a lot of money. Retailers need to consider profitability, not only top-line revenue, and remember that the company is absorbing the considerable cost of “free” shipping.

Amazon relied for years on FedEx, UPS, and the U.S. Postal Service to delight customers and gobble market share with rapid delivery of bargain-priced merchandise. But over the past three years Amazon has aggressively been building out its proprietary supply chain, buying cargo jets, trailer trucks, and infrastructure. And last summer FedEx booted Amazon out of its ground-shipping contract.

According to Rakuten Intelligence, a digital economy research firm, Amazon has grown the share of its shipments that it controls from 15 percent to 50 percent. Although Amazon has disputed the Rakuten estimate, the company has been spending big on a new one-day delivery service and recruiting an army of independent “last-mile” contractors to get the boxes onto the porches.

FedEx defended firing the big customer by pointing out that Amazon’s business represented only about 1.3 percent of the carrier’s annual revenue in 2018 and tried to assure investors that the change “is consistent with our strategy to focus on the broader e-commerce market.” If Amazon was FedEx’s only problem the move might seem relatively inconsequential. But 2019 was a bad year for the company.

Trade wars and other factors have squeezed profits and driven the stock down in a rising market. In spite of a strong buy signal from Goldman Sachs in July with a 12-month target price of $200 a share, FedEx shares finished last year down 6.27 percent in a market that was up nearly 30 percent. FedEx shares (NYSE: FDX) currently trade at just under $160 a share, down from $170 a year ago.

Although FedEx is also a big company, it’s a mouse to Amazon’s lion. FedEx’s current market capitalization is just above $40 billion. Amazon was briefly worth $1 trillion last year, and its market cap is about $940 billion today. Whatever it might cost to buy FedEx (assuming no regulatory issues, which would be a brave assumption), it would be cheaper than building out an equivalent capability.

As long as the US Postal Service is not for sale, Amazon’s other option would be to try to buy UPS (NYSE: UPS), whose current market cap is just above $99 billion. But UPS stock is widely held by employees and executives who would certainly resist such a gambit, not to mention federal regulators during an administration that has been overtly hostile toward Amazon.

Meanwhile, Walmart has its own fleet of trucks, years of experience, and is investing heavily in the online shopping experience with one huge and unreproducible advantage over Amazon—brick and mortar in the form of more than 4,700 US stores. Amazon has made forays into consumer staples, but Walmart has been selling us paper towels and mayonnaise for decades. Walmart customers who are going food shopping or to pick up prescriptions at the pharmacy will ultimately be able to find the same goods that are available on Amazon, order them through the Walmart platform, and pick them up the same day. No more packaging guilt or porch pirates.

One challenge that retail continually faces is the “markdown death spiral” of discounting and promotion. It’s not a “race to the bottom” in pricing or “race for the last 100 yards” of the delivery. The win comes from differentiating your PRODUCTS. This allows the customer to start and end with you because you delight them with the PRODUCTS you offer.

Amazon isn’t going away, but it’s worth noting the inequity in its valuation against Walmart. Amazon earned $10 billion in net income in 2018 on gross revenue of $233 billion while Walmart earned $9.86 billion on $500 billion in revenue. The disparity shows up in the two companies’ price-earnings ratios. Walmart’s is 23, Amazon’s is a stratospheric 84.

One wonders how much longer Amazon can get away with buying market share at the cost of profits and then scooping up assets on the cheap. All while equity analysts turn a blind eye.

Sugar Maple Trees Have Nowhere To Go Under Climate Change

If Bombardier Ever Sold Its Business Jet Unit, Who Might Buy It?