Home Business Could Some Of Newcastle United’s Failed Transfers Have Succeeded With Patience?
Business

Could Some Of Newcastle United’s Failed Transfers Have Succeeded With Patience? 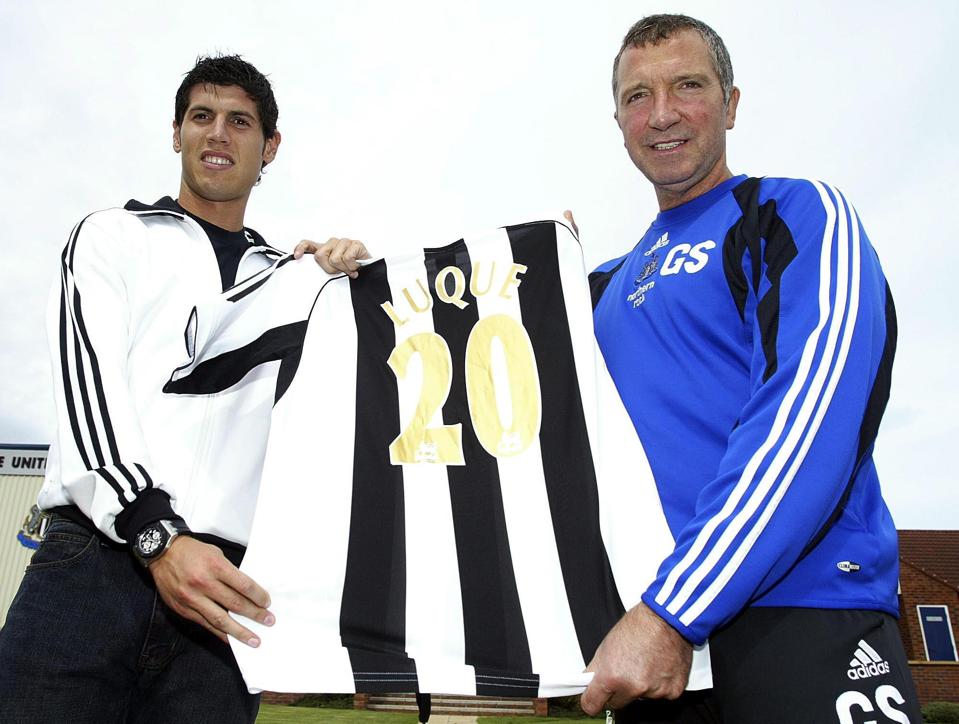 Newcastle United’s manager Graeme Souness (R) with new signing Albert Luque during a training … [+] session at the Newcastle United Training Ground, Newcastle, Friday August 26, 2005. Luque has undergone a medical this morning after the Magpies agreed a transfer deal with Spanish team Deportivo la Coruna. See PA Story SOCCER Newcastle. PRESS ASSOCIATION Photo. Photo credit should read: Owen Humphreys/PA. THIS PICTURE CAN ONLY BE USED WITHIN THE CONTEXT OF AN EDITORIAL FEATURE. NO WEBSITE/INTERNET USE UNLESS SITE IS REGISTERED WITH FOOTBALL ASSOCIATION PREMIER LEAGUE. (Photo by Owen Humphreys – PA Images/PA Images via Getty Images)

When Mike Ashley bought Newcastle United in 2007 and finally had a chance to look at what he had inherited, he found a mess. If it were a house, the tap would be leaking and there would be a hole in the roof. Sir John Hall and Freddy Shepherd, along with other shareholders, had presided over an era full of joy and excitement, chasing dreams and living for the moment; the taste they had, they never wanted to let go. But in later years, they lost their way, looking at style over substance. Newcastle became known as a bit of a joke in the transfer market, paying over the odds on highly reputable players with very little chance of getting anything back from them. They were also on the brink of financial oblivion.

This is a version of the truth which may appear to paint Ashley as some sort of saviour, a hero who swooped in at the very last minute to rescue a great soccer institution. In reality, though, he didn’t see the scale of the problem until it was too late; he hadn’t done the required due diligence to truly understand, and he would live to regret that. Nowadays, the threat of bankruptcy or administration isn’t prevalent, though the club does owe that to £144million worth of interest-free loans; reality has been distorted by certain facts.

A lot of what Ashley has done with regards changing the club’s approach to money has been positive in principle, but very poorly executed. While Newcastle were perhaps a soft touch when it came to negotiations before, they at least showed ambition to challenge. There are many issues with Ashley’s running of the club, but the most important is his cheap and cheerful market policy has almost done as much damage as going bust would have on a number of occasions.

Prior to his arrival, Newcastle were looking to rebuild after Sir Bobby Robson’s departure in 2004. This is when the problems started, and perhaps this is when the idea of a selling the club was forced into a reality for local businessmen, and supporters, Shepherd and Hall. One particular signing which has become a reference for just how chaotic some deals were at the time is Albert Luque’s £9million switch from Deportivo La Coruña in 2005. While there have been plenty of terrible signings under Ashley, this is one that would be unlikely to happen under the current regime; Luque was 27, a year older than the supposed cut off point for sell on value, and arrived just three weeks after playing, and scoring, against the Magpies in a European tie. 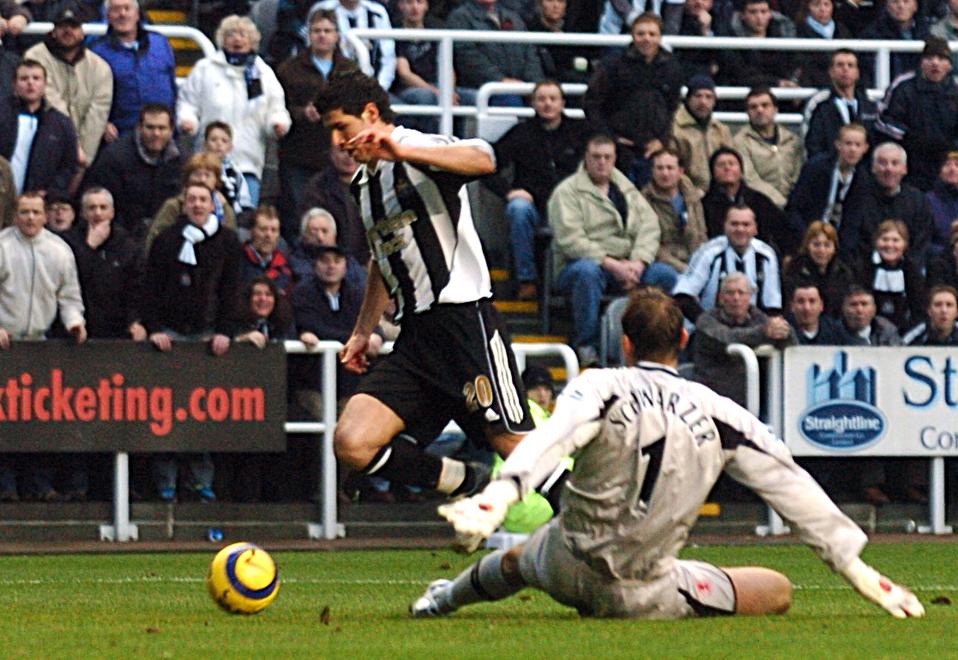 That reactive nature is a thing of the past on Tyneside; for better or worse, all new arrivals are watched over a substantial period by the scouting team. For that reason, there isn’t expected to be much of an impact on business in the immediate future despite that entire department being sent home and placed on the UK government’s job retention scheme amid the coronavirus pandemic.

In truth, Luque was on a road to nowhere almost immediately; he was brought in just days before Michael Owen arrived with a big fanfare for a club-record fee and fell behind both him and Alan Shearer in the striking pecking order. Incidentally, both men are now greeted with a grimace on the face of any supporter to whom they are mentioned, but Luque is the one who is more openly criticised for his ability. He was slow to adapt to the English game, which is far from uncommon, and failed to reach the consistency which would even come close to justifying his signing, having played a lot on the left of midfield. Talent, though, wasn’t in question; Newcastle had signed a very good player, a Spain international and someone who had experience at the sharp end of the Champions League. Exactly 16 years today, he scored in a 4-0 win over reigning champions AC Milan, completing one of the greatest ever comebacks in the comptition and helping Deportivo, who lost the first leg 4-1, into the semi finals.

This isn’t solely a question about Luque; there have been others who promised much and delivered very little. But the Spaniard feels more like a marker, an example of just how bad things got; he left on for Ajax two years later and there weren’t many lining up to shed a tear of what might have been. Looking back, though, maybe there should have been more asked about what went wrong. Was it a lost cause because he just didn’t fit into the team under either Graeme Souness or Glenn Roeder, or could more have been done to get the most out of him? The answer must also be applicable to others, too, though he hardly hit the height as after leaving St James’ Park. 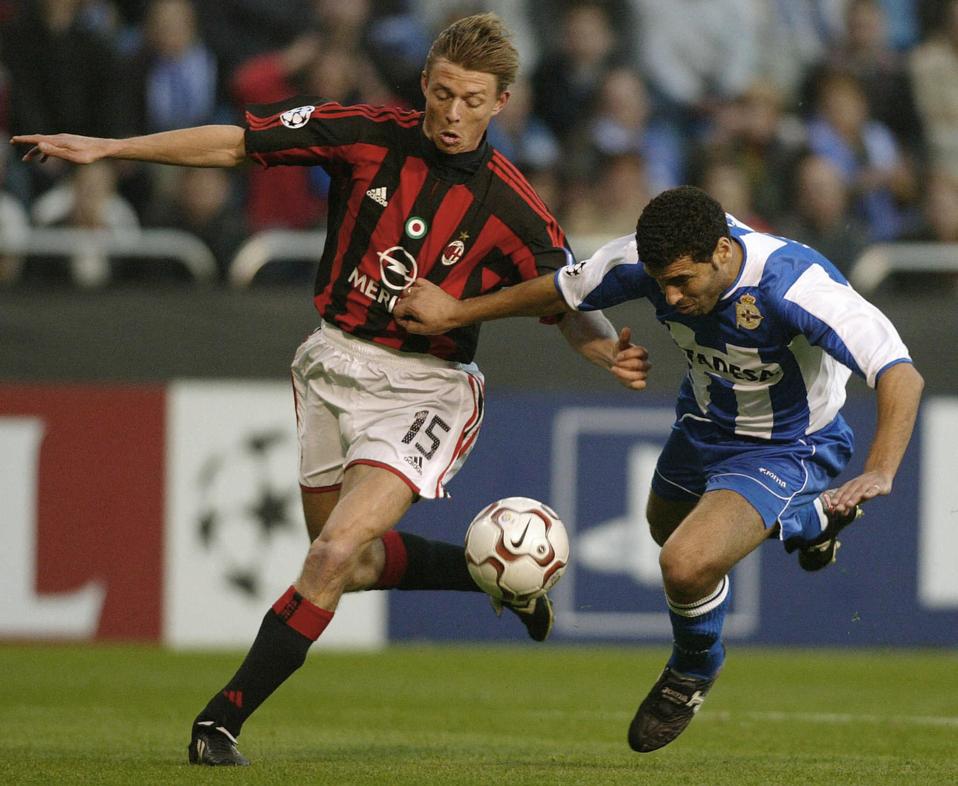 Newcastle’s pot of money spent on failed or underwhelming players is huge; even in the good old days, they got things wrong. Blaming Hall and Shepherd alone also doesn’t do their record justice; even though Ashley has attempted to curb spending and meticulously cross examine potential targets, he is culpable for his fair share. A difference on the whole is those he sanctioned were often not up to the task, though names like Jean-Alain Boumsong, signed six months prior to Luque, remains an unforgivable blot on the record. Emmanuel Rivière was a £6million arrival in 2014, charged with filling the void left by Loic Remy, who scored 13 goals the previous season, despite showing no obvious credentials as a natural goalscorer on his fellow Frenchman’s level. Joelinton was watched over 20 times, and it is still not obvious how and why he was earmarked as Salomon Rondon’s replacement last summer, let alone the man worth loosening the purse strings to the tune of £40million for.

It is true that there are different kinds of failures, and different reasons for them falling into that category. In Luque’s case, there is more to him than a few glimpses, and a clinching goal in a win over local rivals Sunderland and that should be remembered.

Florian Thauvin, another Ashley era dud, was highly-rated and has since proven himself as one of Europe’s most exciting playmakers. Jon-Dahl Tomasson, who looked like a rabbit in headlights as a teenager at Newcastle in the late 1990s, was in the Milan side beaten by Luque’s Depor. Sometimes, a player just isn’t right for a club, but there are so many lessons to be learned from writing them off too quickly.

Why It’s Too Soon To Let Renewable Energy...

Rise Of The Defense Leads The Green Bay...

13 Crucial Business Tasks To Do During The...