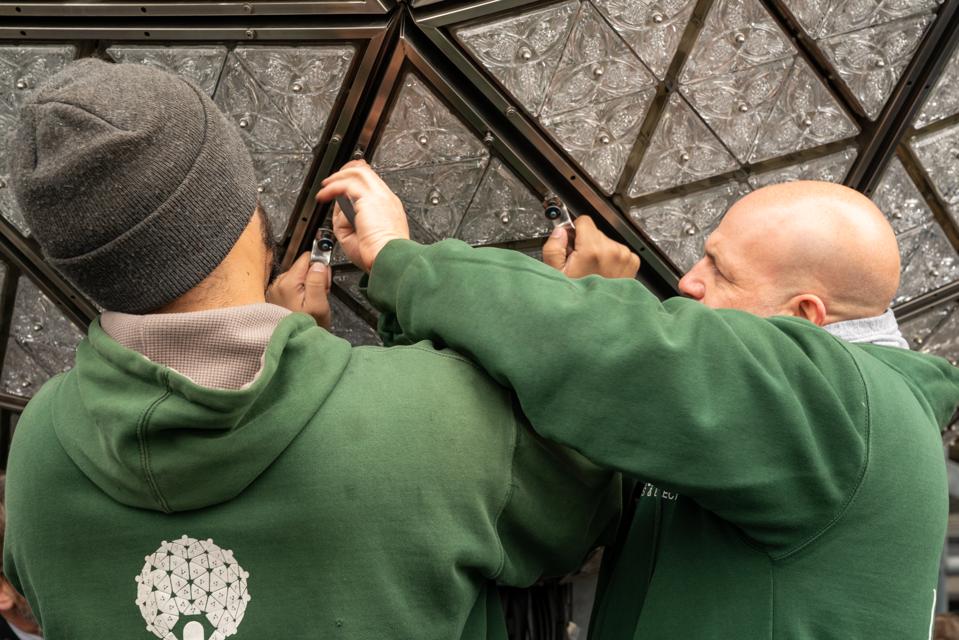 It’s the world’s most iconic ball. And as New Year’s Eve celebrants count down to 2020, more than one billion people will be watching as the crystal-clad orb drops in Times Square.

The ball itself is 12 feet in diameter, weighing 11,875 pounds and covered in 2,688 Waterford Crystal triangles, and creating it is pretty much a year-long process. Giving it a shiny new look each year is the world-reknowned Irish crystal company, Waterford, now owned by Finland’s Fiskars, that’s maintained the ball for the past two decades in conjunction with the Times Square Alliance. And at Waterford the man charged with the ball is master artisan Tom Brennan. 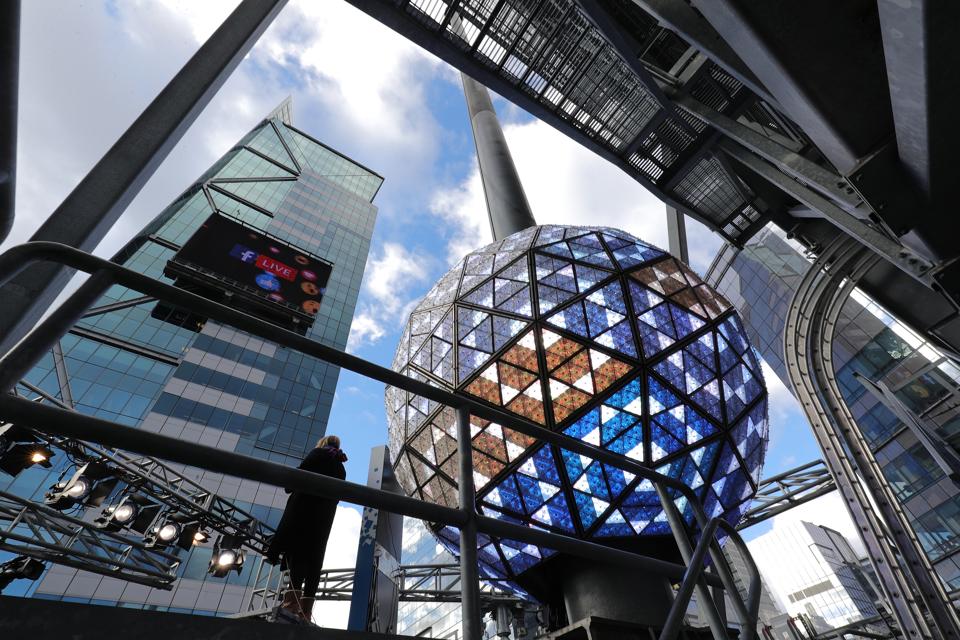 Brennan, 49, grew up in the city of Waterford, an ancient Viking port town of 47,000 people, and followed his father, a master glassblower for 30 years, to work at the company. “I remember at 11 or 12, I would finish school at 4 o’clock, and my dad would be finishing work at the Waterford factory, and I would watch him come out of the gate with the other glassworkers,” Brennan told Forbes. ”I’d be looking into the factory and thinking someday I’m going to do that.”

And he did, rising to become a master artisan, and then ultimately taking charge of the Times Square ball.

For most of its life, the ball had the same pattern each year. But in 2014, Waterford introduced themes, starting with imagination, represented on the ball with intricate wedge cuts that were mirrored reflections of each other. Last year, the theme was harmony, shown with small rosette cuts that flowed into each other. This year, the theme is goodwill, represented by three pineapples, reflecting hospitality and welcome. 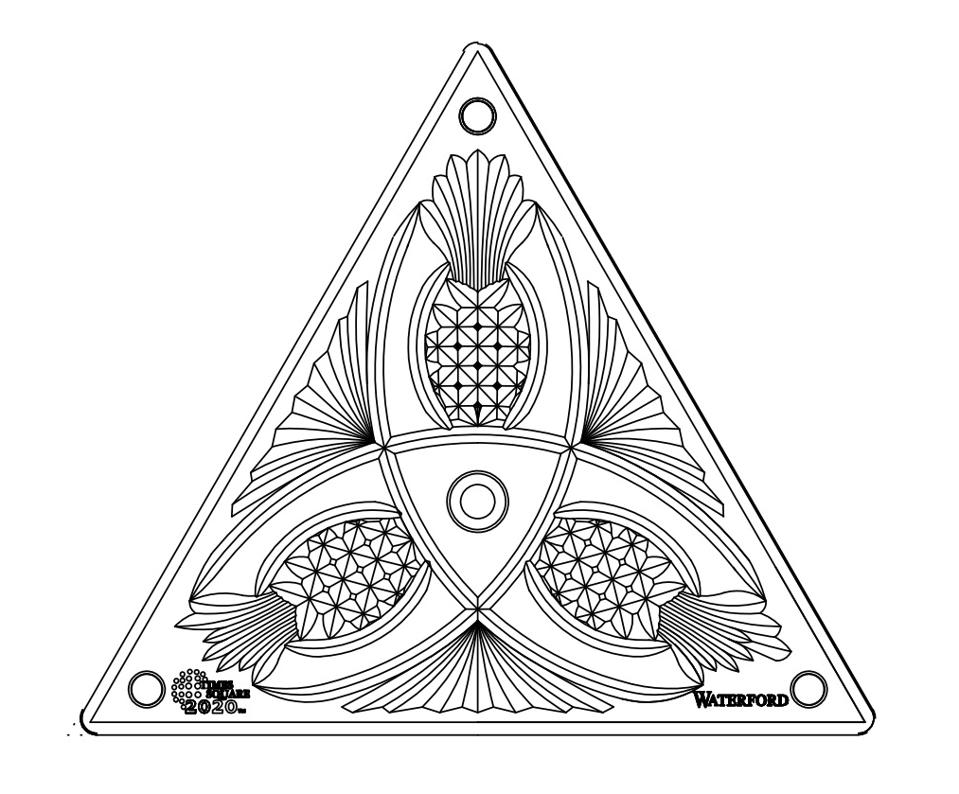 This year’s crystal panels have a three-pineapple design reflecting goodwill and hospitality.

“At the end of the 10-year series, you have this six-ton ball with a different theme from each year,” Brennan says. “You have this patchwork quilt that everyone can cherish.”

Waterford, whose own history goes back to 1783, makes the panels the same way that crystal has been made for 5,000 years. It heats imported ultra-white silica sand, potash and crushed crystal from earlier rejects in a furnace to 2,400 degrees until it’s bright orange, stretchy and ready to be molded. The resulting crystal triangles have intricate designs that will reflect light ranging in size from 4.75 inches per side to 5.75 inches per side. 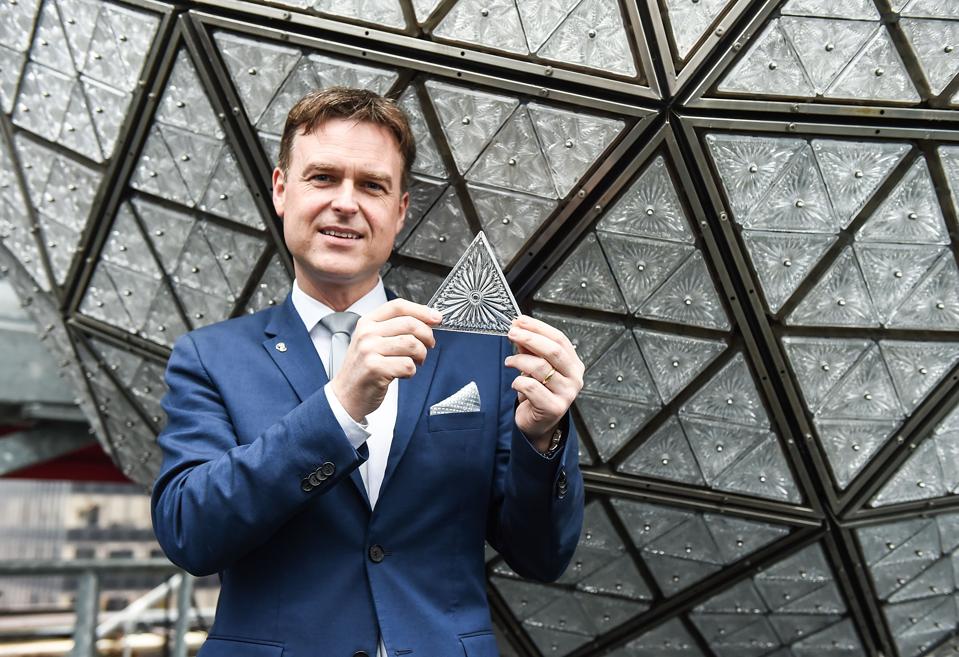 The man behind the ball: Waterford Crystal master artisan Tom Brennan, a second-generation Waterford … [+] glassblower, next to the Times Square New Year’s Eve ball in December 2015. (Photo by Daniel Zuchnik/WireImage)

Illuminating the ball are more than 32,000 Philips Luxeon LED lights. Engineers use software to create more than 16 million colors and billions of patterns as if the giant crystal ball were a children’s kaleidoscope. 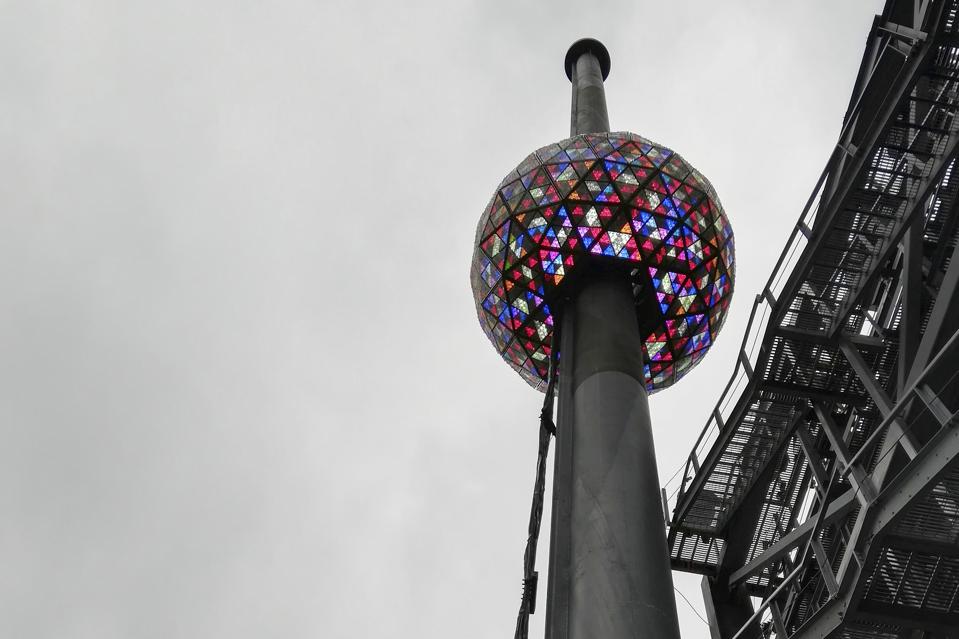 At the start of 2019: Last year’s crystal ball, capable of more than 16 million vibrant colors and … [+] billions of patterns, undergoes tests in Times Square before the New Year’s Eve celebration.

Waterford’s artisans make those crystal panels in the company’s factory in Ireland, then ship them off to a secure location near Times Square for installation a few days before yearend. On Friday, workers placed the 192 new crystal panels on the ball and readied it for the New Year’s Eve drop.

To have enough panels that are perfect, Brennan says, Waterford makes 220 to 230 crystal triangles. “If it doesn’t work,” he says, “we smash it and start over.” 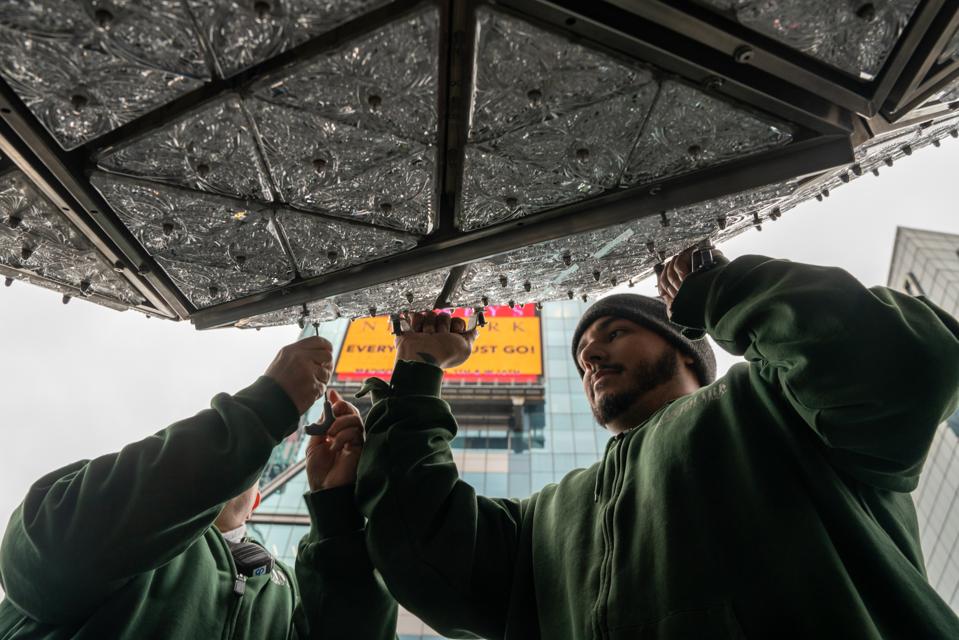