Breaking
What You And Your RTO Business Need To...
4 SEO Trends for Websites You Should Not...
3 Reasons Why Desk Booking Is Rising In...
8 Tips to Play & Win at Online...
How can software benefit facility management?
Do Professional Casino Players Pay Taxes for the...
Becoming a Trading Expert: What Is the Best...
Dos and Don’ts for B2B Organisations in 2022
Should your business be using Machine Vision?
Colour Masterbatch vs Raw Pigments – Which Is...
Keeping your business moving as you expand online
Top Four Celebrities Who’ve Invested In Cryptocurrency
Why is Cloud Computing Tipped to be the...
How to Raise Money for Non-profit Organizations in...
Choosing the right theme for your WordPress Business...
A Guide to Using Celebrities to Promote Your...
Home Business Court Invalidates Key Trump Administration H-1B Visa Policies
Business 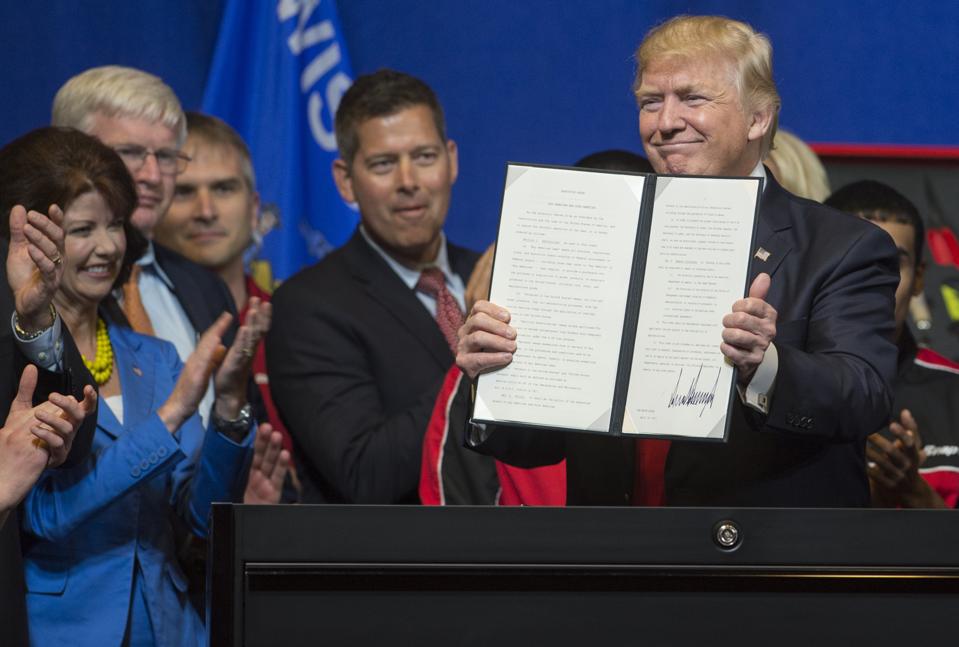 During a May 9, 2019, court hearing, after listening to the arguments from both sides, Judge Collyer said to the Trump administration’s attorney: “You don’t want these people in this country.” By “these people” the judge meant foreign-born computer professionals. That was not the judge’s only pointed observation.

Late in the hearing, Judge Collyer asked the same government attorney about a USCIS memo that had contributed to a dramatic increase in H-1B denials for IT services companies: “If [the memo] is not changing things, why are the results so different?” she asked. The government attorney answered: “That’s a fair question.”

On March 10, 2020, Judge Collyer had the last word. She ruled the Trump administration could not use USCIS memos that had caused denial rates for new H-1B petitions to go from about 2% in FY 2015 to over 30% for many IT services companies, according to a National Foundation for American Policy analysis. The USCIS policies targeted IT services companies and other firms that supply business services, such as helping clients improve their digital platforms or become more competitive with cloud computing or new systems.

Below are the key aspects of the ruling.

Employer-Employee Relationship: Starting in 2017, USCIS began denying many applications when an employer that is a contractor stated it would place an H-1B professional at a third-party (customer) site to perform work. In the denials, USCIS would claim the contractor did not meet the definition of an employer.

Under the 2010 Neufeld memo, USCIS established a complex test to determine if a company and the H-1B professional it petitioned met the definition of an employer-employee relationship. In the March 10, 2020, opinion, Judge Collyer wrote, “The current USCIS interpretation of the employer-employee relationship requirement is inconsistent with its regulation, was announced and applied without rulemaking, and cannot be enforced.”

The reason for Judge Collyer’s decision? The judge sided with the plaintiff, which argued that a February 2018 USCIS memo on “Contracts and Itineraries Requirements for H-1B Petitions Involving Third-Party Worksites” (as well as the 2010 Neufeld memo) contradicted its own regulation (8 C.F.R. Sec. 214.2(h)(4)(ii)). USCIS argued a contractor must have actual control of the H-1B professional while he or she performs work.

Plaintiff’s attorneys pointed out USCIS lifted the definition of an employer from the Department of Labor and that a key part of the regulation states: “Has an employer-employee relationship with respect to employees under this part, as indicated by the fact that it may hire, pay, fire, supervise, or otherwise control the work of any such employee…” (Emphasis added.) The “or” is key, as the judge noted in the hearing.

“All an employer has to do now, because of the judge’s ruling, is one of the following: hire, pay, fire or otherwise control the H-1B professional and then it will be considered a valid employer-employee relationship,” said Jonathan Wasden, a partner with Wasden Banias, LLC who argued the case for the plaintiff, in an interview.

Itinerary Rule and Short USCIS Approvals: During the May 9, 2019, court hearing, Judge Collyer cited the plaintiff’s surprising example of USCIS granting one applicant an H-1B approval valid for only a single day – from February 1 to February 2, 2019. (See here.) USCIS justified that and other short approvals by pointing to an “itinerary” regulation (8 C.F.R. Sec. 214.2(h)(2(i)(B)) and a February 2018 USCIS memo, which the plaintiff argued unlawfully amended the regulation by not going through notice and comment as required by law.

Judge Collyer sided with the plaintiff. “The USCIS requirements that employers (1) provide proof of non-speculative work assignments (2) for the duration of the visa period is not supported by the statute or regulation and is arbitrary and capricious as applied to Plaintiffs’ visa petitions,” wrote the judge. “These requirements were also announced and applied without rulemaking and cannot be enforced. USCIS’s itinerary requirement was superseded by a later statute that permits employers to place H-1B visa holders in nonproductive status and is, therefore, no longer enforceable.”

The judge added, “USCIS has the authority to grant [H-1B] visas for less than the requested three-year period but must provide its reasoning behind any denials, in whole or in part.”

Why did the judge rule against USCIS? In large part, the judge pointed to the “anti-benching” provision passed as part of the American Competitiveness and Workforce Improvement Act of 1998 that specifically allows an employer to keep an H-1B employee during any “nonproductive” periods as long as the employee is paid. Congress sought to address reports that an employer would petition for an H-1B professional and then keep the individual “on the bench” and not pay them while waiting for additional work or contracts.

The law made it clear: Congress did not tell USCIS to require employers to list, in effect, all work or contracts that would be performed during the next three years in order to receive an H-1B petition for a computer professional. However, that is what USCIS began doing under new Trump administration policies. Without such detailed information from an employer, USCIS has been denying H-1B petitions on the grounds the position does not qualify as a “specialty occupation.”

“The Court concludes that, as applied to these Plaintiffs in the IT consulting sector, it is irrational, that is, arbitrary and capricious, to impose the INS [Immigration and Naturalization Service] 1991 Regulation as does USCIS, requiring contracts or other corroborated evidence of dates and locations of temporary work assignments for three future years; it is, in fact, a total contradiction of the Plaintiffs’ business model of providing temporary IT expertise to U.S. businesses,” wrote Judge Collyer. “Nothing more clearly illustrates the legislative nature of the USCIS interpretation of the Regulation because it would effectively destroy a long-standing business resource without congressional action.”

“After the decision, USCIS cannot approve H-1B petitions for a day or a week anymore because the judge definitively found that they were based on the itinerary/specific work rule, and she invalidated those rules,” said Bradley Banias, a partner with Wasden Banias, LLC, in an interview.

What’s next? Wasden does not know if USCIS will appeal but believes it would have a difficult time winning on appeal. “This decision is so thoroughly written that every district court clerk and judge in the country, when faced with this issue, is going to look to that decision. I think it’s bulletproof,” he said.

“A decision like this has been long overdue, we finally have the judicial system agreeing with the employers that USCIS has been out of bounds for a long time,” said ITServe National President Amar Varada. And the fight in court is not over. The group plans more litigation against USCIS. ITServe’s Deepali Khadakban said, “We are just getting started.”

Under NFL’s Compensatory Calculations, Patriots Are Seldom Cancelled Out