Breaking
Bitcoin And Blockchain Are The ‘Future’ Of Twitter,...
COVID-19 Pandemic Has Birds Changing Their Tune
Beat Zoom Fatigue With These 6 Tips
How To Sustain (Or Sabotage) A Customer Service/Experience...
How, When And Where You Can See A...
New $2.2 Trillion Stimulus Bill Proposed—$1,200 Stimulus Checks,...
Why Do We Do What We Do? Manipulating...
California Brand Goes All-American As Amazon Bans Foreign...
The 3 Best Analytics Companies of 2020
Senator Cory Booker: Supporting Small, Minority-Owned Businesses Will...
Trump’s Taxes Are Finally Leaked—What’s Next?
Washington Heats Up Ahead Of First Presidential Debate:...
Systemic Racism Leads To Disparities In Nursing Home...
The New Regular: Prepare For Conflicts Of Customer...
Web VR.0 – Have VR Websites (Finally) Arrived?...
This Next Evolution Of E-Commerce Did $18 Billion...
Home Business COVID-19 Coronavirus And Complex Supply Chains
Business

The COVID-19 coronavirus has the world’s business system in a spin. Economists tend to downplay it as not terribly big in comparison to the huge global economy. For specific families, of course, it’s a tragedy. But the mild economic consequences of economists’ back-of-the-envelope economic analyses likely understate the magnitude of the harm to business activity.

Consider a variety of specifics, not because any one is large, but because taken together they highlight the world’s supply chains.

·      Bosch CEO Volkmar Denner said that he is concerned about the supply chain. China has the company’s largest number of employees after Germany.

·      “… all supply chains seem vulnerable because so many Chinese supply chains within supply chains within supply chains rely on each other for parts and raw materials. That tiny valve that is inside a motor that you are sourcing for your US-made product is made in China. So are the rare earth elements you require to manufacture magnets and electronics…and on and on. Purchasing departments declaring that they have alternate non-Chinese suppliers, may be naïve in thinking that their domestic suppliers don’t rely on parts from China and that shortages are eminent.” (Rosemary Coates, Executive Director of the Reshoring Institute and the President of Blue Silk Consulting, writing for Logistics Management.)

·      “From iPhones to LCD televisions, much of the world’s consumer technology is either made in China, or relies on parts made there. The nation is the world’s largest manufacturer of mobile phones, computers, and televisions. It exports billions of dollars of goods every year” wrote technology reporter Amrita Khalid in Quartz. 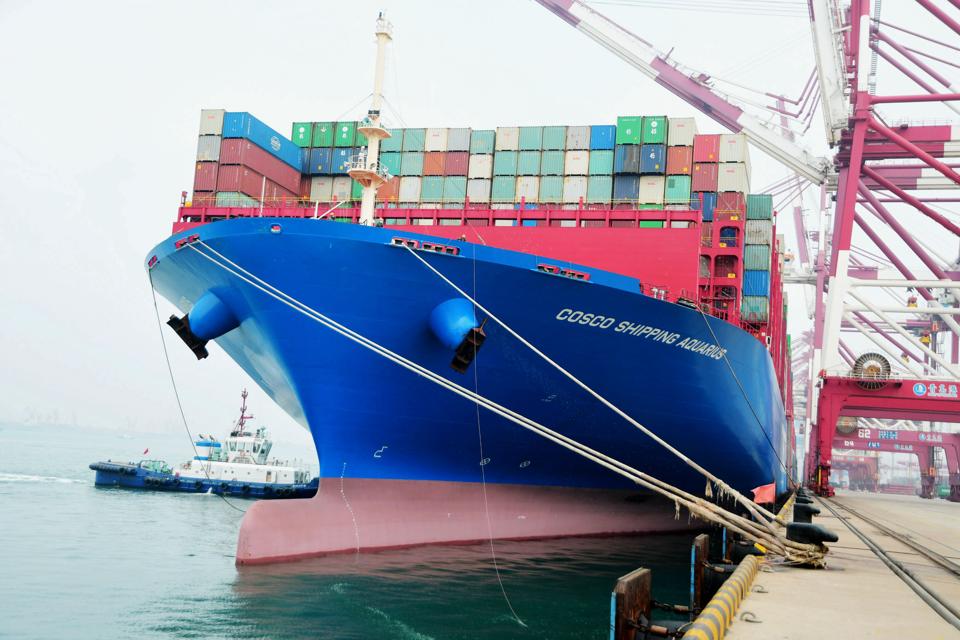 Earlier the Wall Street Journal reported that Airbus shut down a factory in China that accounted for 10% of production of its most popular jet; Hyundai idled all seven plants in South Korea for lack of parts from Chinese suppliers; and Tesla closed its Shanghai factory and warned of delivery delays.

These stories highlight a critical difference between aggregate economic thinking and supply chain thinking. We economists tend to look at the supply of goods as determined by labor, capital and current technological possibilities. We lump together all labor and all capital as a first approximation. In the long run, it’s a very good approximation. We can do a back-of-the-envelope calculation of how the epidemic’s effects compare to the overall economy.

Supply chain thinking, on the other hand, emphasizes the specificity of parts. An automobile is not made of steel and glass and rubber. Instead, it’s a collection of some 10,000 components. A car manufacturer is better thought of as an assembler than a producer. So the company buys a dashboard module from a vendor. That module includes a display that shows speed and other items, and often a second display for radio and climate control. Pretty far removed from the display—technologically speaking—is the foam padding that protects occupants in crashes. Airbags are also integrated into the dashboard. Look carefully and you’ll also see covers to keep sunlight from interfering with visibility of the displays, vents for heat and air conditioning, and so forth. 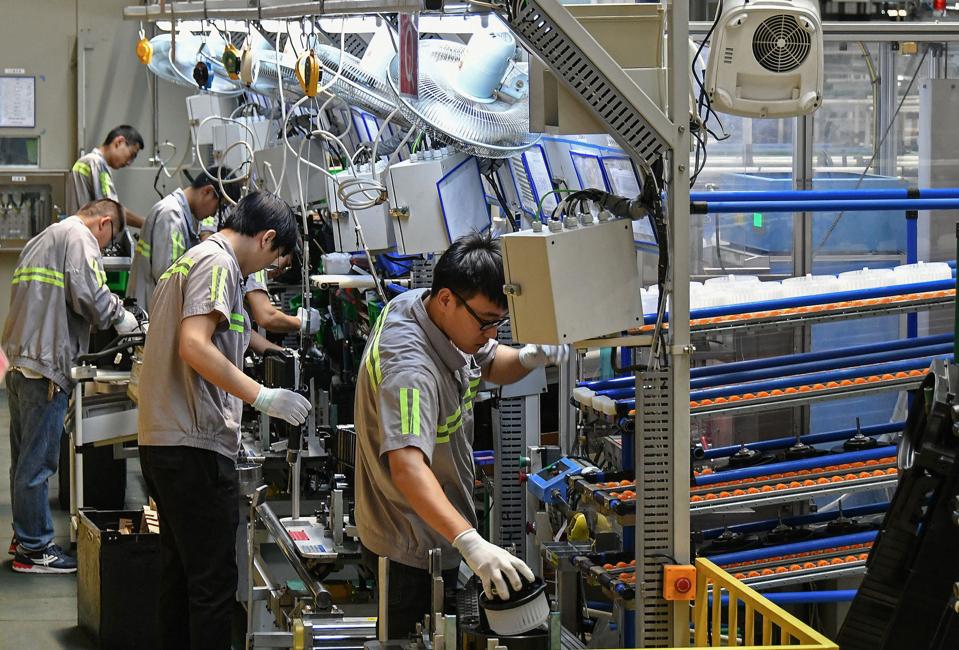 An automobile air conditioning production line in China. If one component is unavailable, no AC and … [+] no car. (Photo credit STR/AFP via Getty Images)

One automotive analyst, Mark Boyadjis, says that car companies now work with six to ten suppliers for dashboard elements, but are trying to get that number down to two or three. Some of the components are even more complicated than the dashboard itself. Consider the airbag. A central control unit—not part of the dashboard—send the signal to deploy, then an electrical wire deliberately overheats, setting off an explosion that creates gas, which is vented by the passenger’s pressure against the bag. Every part of the device is made of different materials, many in multi-step processes.

Visualize the many parts of a dashboard and then consider the engine, transmission, braking system, air conditioning, and so one. Now consider that the car cannot be sold without each component of each module. A closed factory in Wuhan may not be an obvious supplier to a car manufacturer, but it may manufacture one component needed by a certain module in a particular system that is vital for the car to be finished. Supply chain thinking emphasizes that any complex product needs many, many components delivered on time, at specification.

Most purchasing managers try to have multiple suppliers for any given component, or at least one supplier with multiple plants in different parts of the world. However, it is sometimes hard to know if the multiple suppliers all use the same component produced by the same factory, as Rosemary Coates noted above. Chinese legal expert Dan Harris emphasized supply chain risks based on questions his firm’s attorneys are hearing about production in Chines factories.

How bad could the economic effects be? I know of no way to get an accurate handle on the extent of supply chain failures, so gut feel is the only forecasting strategy available. We know the epidemic is serious, but not yet pandemic—that is, it has not spread worldwide.

Some of these economic impacts derive from the demand side of the economy, which will be transitory. A family eats at home instead of at a restaurant, saving money. On the day of that decision, spending is lower than usual. But the family has more money in its bank account than usual. Eventually, that money will be spent. So weak spending during this phase of the epidemic will be offset by stronger spending in the future.

Past pandemics, such as SARS and even the Spanish flu, are hard to find in the economic data. Death rates certainly increased, but this virus seems do the most harm to the elderly and to people with co-morbidities (unrelated illnesses that make them more vulnerable). Before we become too complacent, however, human history shows that disease can have devastating economic consequences.

In time we may worry most about falling demand, but in the meantime supply chains present the greatest economic threat to business from the COVID-19 virus.

UFC On TV And Live Stream Tonight: 10 Things You Should Know About Fight Night 167