Attorney General William Barr gave a directive to the Bureau of Prisons (BOP) to expand the use of home confinement. Two weeks ago, in an effort to curb the spread of COVID-19 in institutions, the BOP announced that it was no longer transferring inmates between prisons, suspending social visitation, suspending legal visits, and screening contractors/staff that access the prison. Yesterday, according to the Associated Press, those measures came too late for 49 year old inmate in Louisiana who was held at the Low Security facility FCI Oakdale (Louisiana). 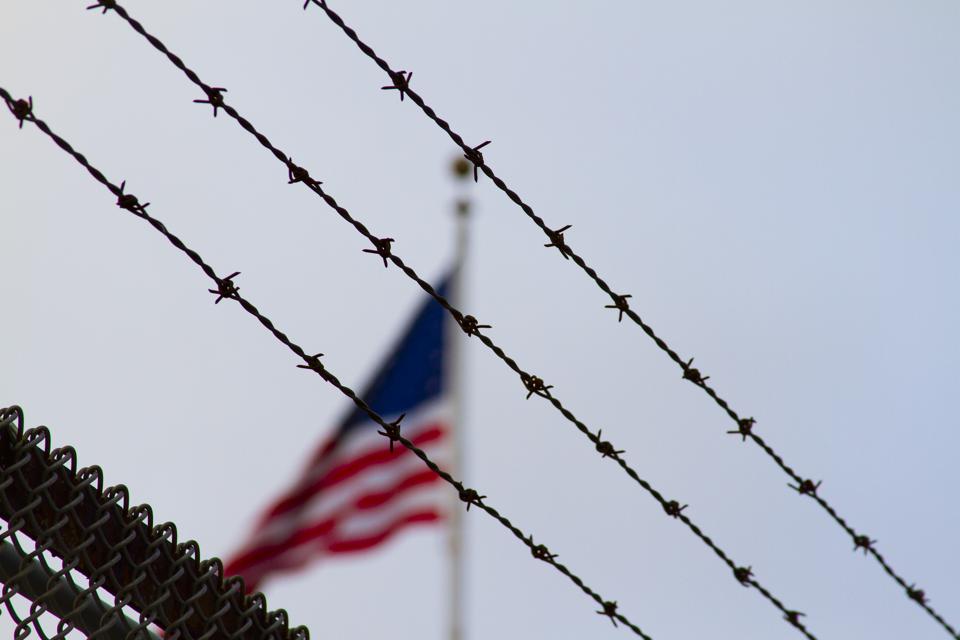 American’s incarcerate more people than any country on earth.

Reuters’s Sarah Lynch wrote that the BOP identified the man as 49 year old Patrick Jones who was serving a 27-year prison term at Oakdale. On the BOP’s website, Jones is listed as “Patrick Estell Jones, Deceased, March 28, 2020.”

The BOP maintains an active list of the number of infected inmates and staff at their facilities. Of the 14 active cases in the BOP, 5 (or 36%) are at FCC Oakdale. The BOP has stated that they update their COVID-19 statistics at 3:00pm eastern every day.

“On Thursday, March 19, 2020, inmate Patrick Jones complained of a persistent cough at the Federal Correctional (FCI) Oakdale I in Oakdale, Louisiana. He as evaluated by institutional medical staff and transported to a local hospital for further treatment and evaluation. While at the local hospital, Mr. Jones tested positive for COVID-19. On Friday, March 20, 2020, his condition declined and he was placed on a ventilator. On Saturday, March 28, 2020, who had a long-term, pre-existing medical conditions which the CDC lists as risk factors for developing more severe COVID-19 diseases, was pronounced dead by hospital staff.”

Based on information that we know about COVID-19, many of those infected do not exhibit recognizable symptoms (cough, fever) for some time. In the case of Jones, his symptoms escalated on March 19, so if he were infected earlier, a likely scenario, the could have spread the virus to other inmates and staff. Low security prisons in the BOP typically have open dormitory living conditions and a common HVAC system shared with hundreds of inmates.

Jones had been incarcerated since April 26, 2017. It is unlikely that AG Barr’s directive for release to home confinement would have included someone like Jones whose release date would have been approximately 9 years from now. However, inmates who remain in prison after others are released from prison will reduce populations so that inmates can achieve some level of social distancing to avoid contagion.

The real challenge for the BOP is whether it can act fast enough to avoid other tragic outcomes.

In an interview I had last week with Joe Rojas, Southeast Regional Vice President at Council of Prison Locals and who also works at the FCC Coleman facility in Florida, he told me that, “There are three things that cause panic among inmates in prison; food, living conditions and healthcare.”

Was The Illinois Constitution’s Pensions Clause Meant To...

The 10 Most Expensive Cities In The World...