Breaking
Growing Your Retirement Money Using 401(k) Dollar-Cost Averaging
Wellness Exec Abby Miller Levy Partners With Venture...
Microsoft Teams Issues Strike To Zoom With Tidal...
What’s Coming For The S&P 500 In October
4 Ways You Can Showcase Empathy With Your...
A $22,000 Microsoft Surface Will Soon Be For...
Zooming In – Should SMEs Invest In The...
iOS 14: The Surprising Security Risk Of Sharing...
How A Break From Lord Sugar Changed The...
Sunday’s Google Doodle Is Actually About Google
Office Of The Comptroller Of The Currency Chief...
Source Code For Multiple Windows Operating Systems Publicly...
Why Forgettable Pfizer Really Is A Great Value...
Hot For The Holidays? Amazon Home Drone, Kid...
Best Small Business Loans
The FAAMG Stocks Drive The Markets
Home General Cracking Landlocked Wyoming, Kraken Wins First Crypto Bank Charter In U.S. History
General 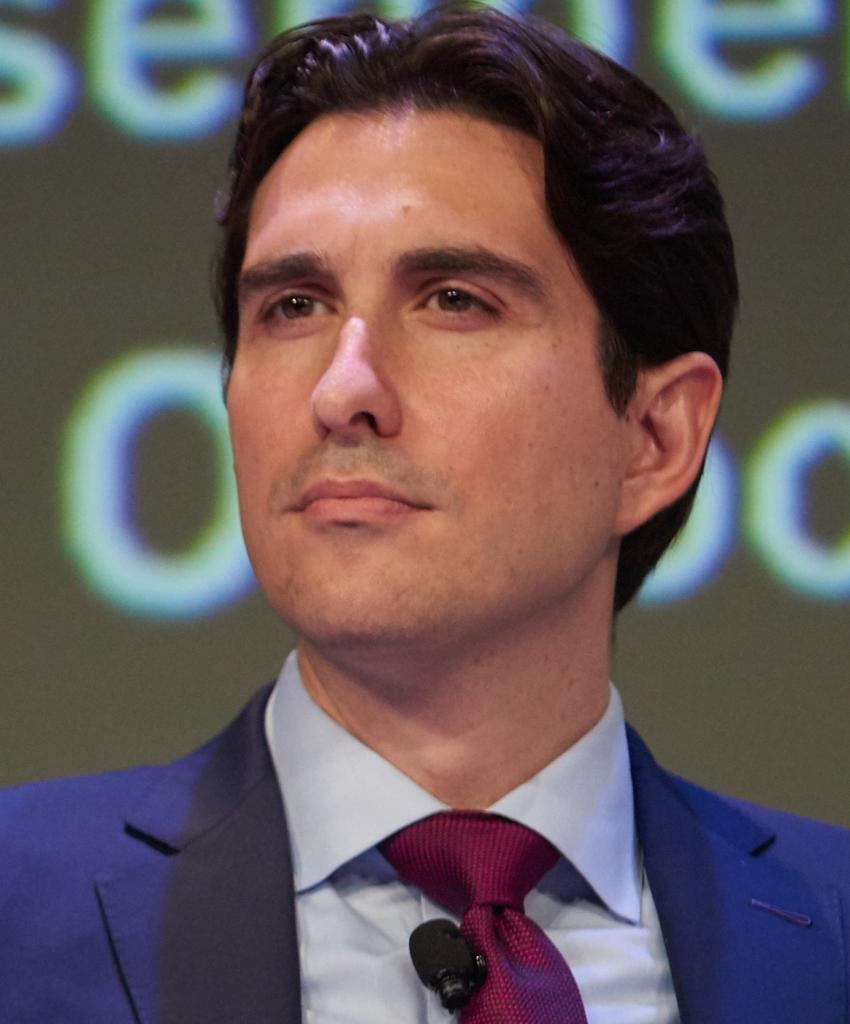 Wyoming is doubly landlocked, meaning you have to cross two jurisdictions to reach a major body of water such as a sea or ocean. However, when it comes to banking digital assets, the ‘Equality State’ has suddenly become the most dynamic, flexible, and liquid across the entire U.S.

As of today, Kraken, an American-based cryptocurrency exchange operating since 2011, ranked #6 in the world according to www.messari.io, has been granted the first special purpose depository institution (SPDI) charter in Wyoming. The SPDI charter (pronounced “speedy”), breaks all kinds of records in banking that is hard to immediately consume.

I had a chance to sit down with Marco Santori, Chief Legal Officer at Kraken. Previously, Santori was the President and Chief Legal Officer at Blockchain, and prior to that, he was a Partner at Cooley LLP where he was instrumental in the Delaware Blockchain Initiative. Santori helps provide some much-needed context from Kraken’s viewpoint on the importance and meaning of the SPDI charter in Wyoming.

Jason Brett: You are well-known as the ‘Dean of Digital Currency’ from your previous work in the legal blockchain space. Now you are focused on banking. What is the reason for your shift in focus?

Marco Santori: I don’t think it’s much of a shift. It’s the natural evolution. Banks were created for people who wanted to hand over trust elements of their financial lives. They still serve that role today. As crypto grows to include more and more of the mainstream and starts to touch more and more of our everyday lives, we are going to see that phenomenon occur in crypto as well. There are going to be people who come into the tent who want the kind of services that banks can provide. We want to service those people. We want to be good stewards of their trust. Thankfully the State of Wyoming has had a vision for that evolution and they have made this a reality for the crypto industry.

Brett: Can you explain the SPDI charter and what it now allows Kraken to do?

Santori: Kraken is not a money transmitter. We haven’t sought licenses in the U.S. This is an alternative path to that, speaking purely from the regulatory perspective. The SPDI charter will help us to satisfy those rules as we seek to bring more and more of the payments flow in-house.

Brett: There are a lot of firms in crypto and blockchain that get banking services, and of course there is the retail side too. Will this charter allow you to have business as well as retail customers?

Santori: Once the charter is issued, we expect to be able to not only service companies and provide services to larger organizations, but also to realize greater efficiencies in our ability to service the retail clients that have built this company. This is about the “man on the street” that trusts us to be our crypto exchange.

Brett: What would you say to those who may ‘scoff’ at being in a rural state such as Wyoming with a charter that handles sophisticated emerging technology?

Santori: I haven’t heard a lot of people ‘scoff’ to be honest. Most of the thoughtful lawyers that I work with, have their interest at minimum piqued by what is happening there. Now it is purely an empirical matter. It’s not a question of doubt or projections. This is real and it’s happening. Kraken is the first substantiation of that. We are well past the ‘wait and see’ time in my mind.

Brett: Congrats on being the first What was the process like?

Santori: To put it simply, it was tough. The Wyoming regulators are experts in crypto and that’s rare. I think that it has paid dividends for the regulators, us and the people of Wyoming. The regulators have developed a thoughtful set of rules that doesn’t regulate for regulation sake. They have cast aside the mere optical flourishes that are included in regulation and focused on what matters – consumer protection and preventing crime. Kraken has always had a compliance program that is second to none in the industry. Wyoming developed independently their own set of rules for us to follow. It considers the nature of digital assets that we support on open, permissionless ledgers, and incorporates the ability to track and trace transactions on ledgers as well as the protections around the inescapability as fluid bearer assets.

Brett: Regarding the idea of this being a first U.S. bank in the state of Wyoming. As a former FDIC regulator, Does the SPDI charter allow you to get the same results as a money transmitter licenses?

Santori: The SPDI charter alone does not, rather it’s the foundation for doing that.  And there is still a lot of work to be done on the regulatory stage to ensure that local state regulators are comfortable with the supervision that Wyoming can provide. It is not a silver bullet, it is a strong foundation. This is not an event, it is a process and an important milestone in the process. It signals the inescapable direction in which this is all headed.

Brett: With the recent letter from the OCC on being able to custody of crypto, is this somewhat of a reaction to a failure at the federal level as to what to do in this space.

Brett: So, if I want an LLC as a small business owner, the first state that comes to mind is Delaware. For credit card banking, it is South Dakota. For crypto, is the correct ‘branding’ of the state and immediate thought Wyoming, or is that too simplistic?

Santori: Having worked now extensively with regulators and legislators in the state, I think entrepreneurs would be crazy to not consider Wyoming as a home for its business. A lot of jurisdictions, not only in the U.S. but in the world, have talked about fostered innovation, have talked about attracting entrepreneurship, and have talked about all the benefits that . Empirically, only one place has put that talk to action and as we said in our opening statement in the recent hearing before the Wyoming Banking Board. The state of Wyoming is the only state to develop the path toward compliance and toward a commercially viable system. Kraken is just the first company to walk that path.

Brett: Will your personnel be moving there, such as Jesse Powell, the CEO of Kraken, and yourself?

Santori: We are opening an office in Wyoming and moving some of our personnel to Wyoming but also we are recruiting locally in Wyoming. There is a tremendous pipeline of talent that we hope to tap into. The CEO of the bank has moved into and live in Wyoming. I am going to spend a lot more time there and Jesse will as well.

Brett: Who is the CEO of the bank?

Santori: David Kinitsky and he’s not just some young bachelor. He moved his whole family up there as well. It’s a real commitment.

Forbes: From what I hear you saying, Kraken will benefit not just on a national level, but on an international level. Will this help you with your worldwide operations?

Santori: We think that it will. To be clear, the bank will have its own obligations if it chooses to branch into other countries. For now, the bank will solely be servicing U.S. persons. The bank can also play a role in the flow of international funds which is a critical element of this. It can process transactions in currencies and fund flows from all around the world. That’s important for Kraken as a global company with customers all over the world.

Forbes: With Tyler Lindholm (R-Sundance) as a leading legislator that surprisingly lost in his recent re-election bid to a conservative Republican, what’s your take on that and educating the people of Wyoming on this industry?

Santori: We were disappointed to see Wyoming lose such a voice for blockchain technologies, there is no question. In fairness, he’s not lost, he’s still there. And I expect that we will continue to hear from him and all benefit from that voice in politics and in business. In terms of the people of Wyoming, I don’t think they need education. I think there is plenty they can teach us. In terms of the conversation, you haven’t heard Kraken shouting from the rooftops how far along we are in the process. What you see now is us showing it and not telling it and I think that speaks for itself.

Forbes: Do you have any final comments?

Santori: I think it is difficult to state the over-importance of this milestone. I think this is a specific development in the course of crypto affairs. This represents the development of an efficient, transparent, responsible nexus between the world of traditional finance and the developing crypto ecosystem. I think this is a historical time and the kind of thing that students of finance and history will look back on as a watershed moment for the development of financial assets.