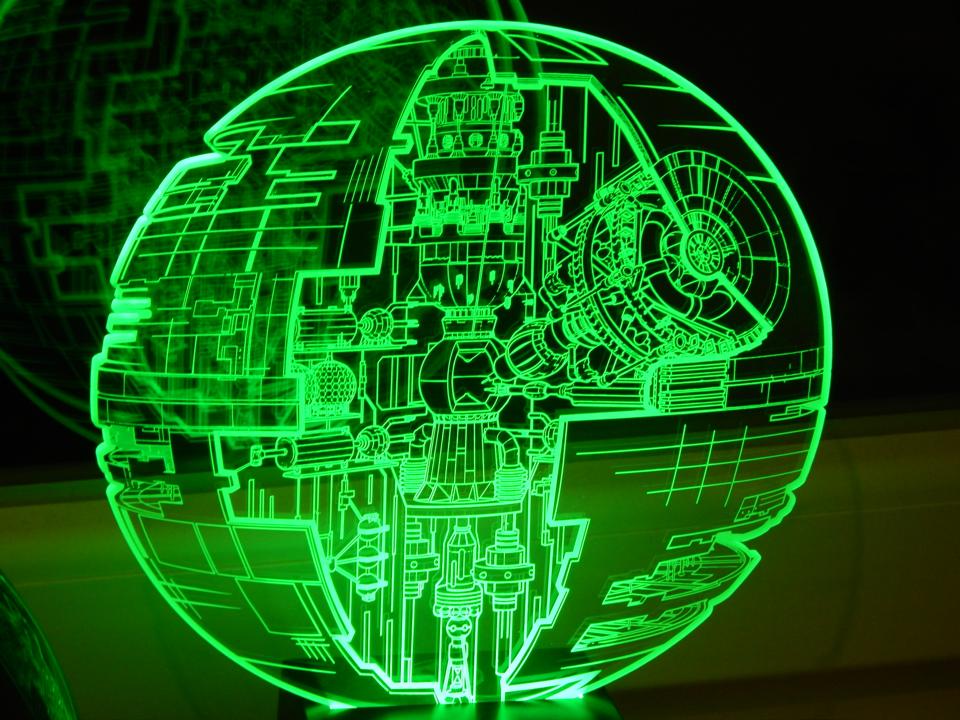 In Episode VI – Return of the Jedi, released almost 40 years ago, the rebels manage to destroy the Death Star II, an orbital battle station build by the evil galactic empire. The superstructure is first seen orbiting the forested moon of Endor, a habitable world known for its endless forests, savannahs, mountain ranges, and a few oceans.

After the power regulator in the heart of the Death Star is hit by an energy projectile, it explodes, blowing up the entire Death Star. In the latest and final chapter of the Star Wars Saga, The Rise of Skywalker (spoilers ahead), we see that the debris didn’t hit Endor, but a nearby world, also habitable, named Kef Bir.

Even if Star Wars is more about fantasy than science, one may ask, what would really happen if a Death Star-like object crashed into the forested moon of Endor or Kef Bir?

Impact Earth is an online program used to simulate the (hypothetical) effects of impactors of various sizes on an Earth-like planet. The forested moon and Kef Bir have comparable diameters of approximately 4,000 kilometers, just a third of the size of Earth.

The Death Star II is a 160-kilometer sphere with an assumed density of 100 kg/m3, similar to modern terrestrial ships. Falling from a low geostationary orbit (2,000 km), the intact Death Star would need to dissipate a kinetic energy of approximately 3.100.000.000 megatons of TNT, or about 53 million times more energy than the Tsar Bomb, the biggest nuclear weapon ever detonated on Earth.

Impacting in an ocean, it would create a complex, at least 264-kilometer wide crater more than one kilometer deep. For comparison, the Chicxulub crater, formed by the impact of an 11 to 81 kilometers large asteroid, is 150-kilometer in size. It is the second-largest confirmed impact structure on Earth, only surpassed by the 300-kilometer wide Vredefort structure in South Africa. The Vredefort crater is estimated to be 2.023 billion years old, predating any higher life forms. The Chicxulub impact is famously associated with the extinction of the non-avian dinosaurs and ammonites some 65 million years ago. On smaller worlds, the effects would also be catastrophic, even if, as seen in the movie, only chunks of the Death Star impact on the surface.

Based on the scene in Rise of Skywalker where the remaining wreckage, including what was left of the superlaser dish, is seen, a 40-kilometers sized fragment of the Death Star impacted onto Kef Bir. Even in this case, with a much smaller impactor, a 100-kilometer crater would form, dwarfing most real craters found on Earth.