Breaking
How To Get Your Startup Business Off The...
How To Create A COVID Safe Construction Site
How to Make a Good First Impression at...
Volkswagen’s Truck Unit Ties Up With TuSimple On...
3 Lucrative Hidden Benefits Of Podcasting
U.S. Tax Court Affirms Most Penalties In Patel...
Your Stargazing Guide To Fall: One ‘Halloween Blue...
Mnuchin: White House Still Supports Direct Payments For...
How To Retain Your First Startup Product Users
China Shipments To The U.S. Are 7 Times...
Reviewing ‘The iPhone Of Air Conditioners’
The 8 Best CRO Companies of 2020
AARP BrandVoice: The Doctor Will See You Now,...
ThoughtSpot’s New Cloud-Based Tool Aims At Boosting Growth...
10 Ways Service-Based Businesses Can Generate Positive Word-Of-Mouth...
A Customer-Centric Culture Starts By Embracing This One...
Report: Struggling Black-Owned Businesses Need More Government Grants
Microsoft Races Ahead On RPA (Robotic Process Automation)
Why The Fed’s Outlook Paints A Sobering Picture...
Home Business Creating A Championship Culture At Lafayette College
Business 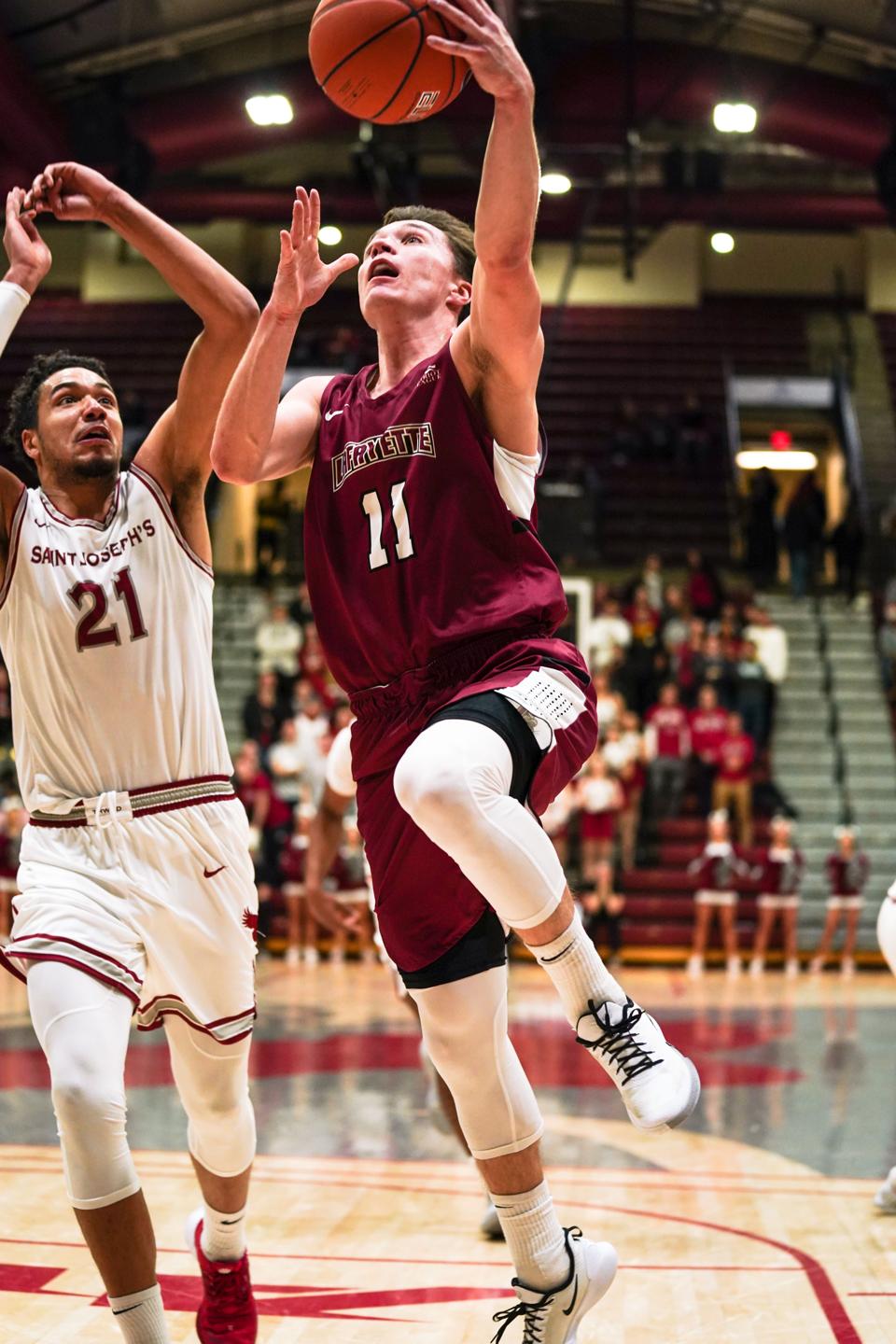 PHILADELPHIA, PA – DECEMBER 03: Lafayette Leopard guard Justin Jaworski (11) leaps towards the hoop … [+] for a layup during the game between the Lafayette College Leopards and the Saint Josephs University Hawks on December 3, 2019 at Hagan Arena in Philadelphia, Pennsylvania. (Photo by Nicole Fridling/Icon Sportswire via Getty Images)

In the summer of 2018, Sherryta Freeman was a first time, newly hired Athletics Director. Many things must have been running through her mind—assess the landscape, decide who sits in what “seat on the bus” in terms of her staff, and what was the culture inside the department—facilities, organizational structure, talent and culture are just a few of the issues she’d consider. No doubt she began to consider a strategic plan to lay out her program’s goals and objectives. It’s standard stuff at nearly every school who hires a new Athletics Director.

Like me, I’m sure you’ve read or been a part of many versions of strategic plans—all seem like a variation on the same theme, particularly in Division I. Winning championships, high academic aspirations, great fan experience, student athlete welfare, fiscal excellence are all typically included in the standard strategic plan. But one night, flipping through the offerings on Apple TV, I clicked on the Stadium app and noticed a recorded presentation from Lafayette College Athletics, announcing the launch of the strategic plan for athletics with their newly hired Athletics Director leading the charge. It stood out to me, and I wanted to know more.

In discussing the strategy behind the rollout of the plan, Freeman and Vice-President Annette Diorio, gave me details on the process of conceiving, designing and implementing this unique roadmap.  Through looking at this model and comparing it to their own strategic plan, college athletics managers taking on a similarly new role can see another alternative to leading their own department.

Freeman told the audience in 2018: “We don’t have time to waste. We have (had) some serious ground to make up.” One year later, I asked how the plan was going. Here are the things they pointed to:

Upon the retirement of former athletic director Bruce McCutcheon, Lafayette engaged an outside firm to begin a deep look at what they wanted from their next leader. These conversations, led by the outside firm, actively engaged as many stakeholders as possible, who welcomed the engagement. They also provided sobering benchmark data that forced Lafayette’s senior leadership team, including college president Alison Byerly, and Diorio, along with senior budget and development officers, began to craft the description of the kind of values they wanted to see in their next leader. Only then, did they begin to interview potential candidates. Some of their priorities included:

·     Senior campus and Board involvement in every step of the process, including in the two years prior to Freeman’s hiring;

·     Specifically named accountability not only for the process before the AD’s hire, but in every step of the strategic plan. Working committees are actively tracking on each objective of the plan;

·     A critical value senior campus leaders wanted was a shared acknowledgement that both academics and athletics should work together to empower each side;

STEP TWO—FINDING THE NEEDLE IN THE HAYSTACK

·     Search committee worked with outside firm to matching the credentials and experiences of candidates—who is the best fit;

·     Stated goal is to further integrate student athletes into outside experiences, including study abroad opportunities and no academic major was off limits to any athlete;

·     Not focusing just on the “money” to the exclusion of anything else—Freeman’s background was from the student development and sport supervision side;

·     Freeman told me it was extraordinarily advantageous for her to walk in the door with benchmarking data (outside consultants) and committee summaries. It allowed her to truly hit the ground running.

·     Six months after her hire, Freeman announced her strategic plan. 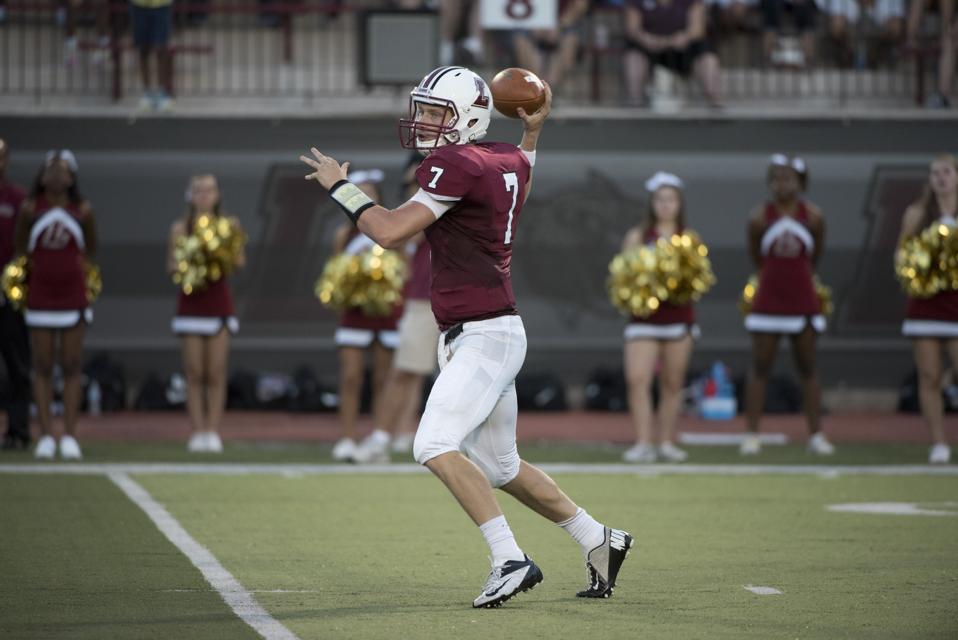 September 19, 2015: Drew Reed (7) throws from the pocket in the first half during the game between … [+] the Princeton Tigers and Lafayette Leopards at Fisher Stadium in Easton, PA. (Photo by Kyle Ross/Icon Sportswire/Corbis/Icon Sportswire via Getty Images)

What’s unique here is how singularly focused on aligning the athletic department was around a positive culture, (including things as mundane as meeting agendas), as well as creating a measurement and evaluation processes. Job descriptions and annual evaluations are tied to weekly or bi-weekly discussions about team culture, including how to enhance the student experience is a critical part of staff evaluations. As Freeman said, “We have One Vision. And that is something we constantly communicate to each other.”

Freeman’s background as a sport administrator at the University of Pennsylvania drove her philosophy of a positive team culture. She was known for traveling with teams, being visible and present at practices and games, and regularly meetings with coaches. She had no interest in the Xs and Os…her driving question was  “are the students having a good experience?”. That philosophy runs through all of her conversations with her senior and support staffs.

Like many others who read about college athletics, I have heard much talk over the years about the student athlete being central to the entire athletic department’s raison d’etra. But while many leaders talk a good game, in reality, their reward system comes from making more money and in winning. While important to any program, in Freeman’s plan, it is not the central focus of coaching and staff evaluations. This is a very unique position for a mid-major institution in NCAA Division I. 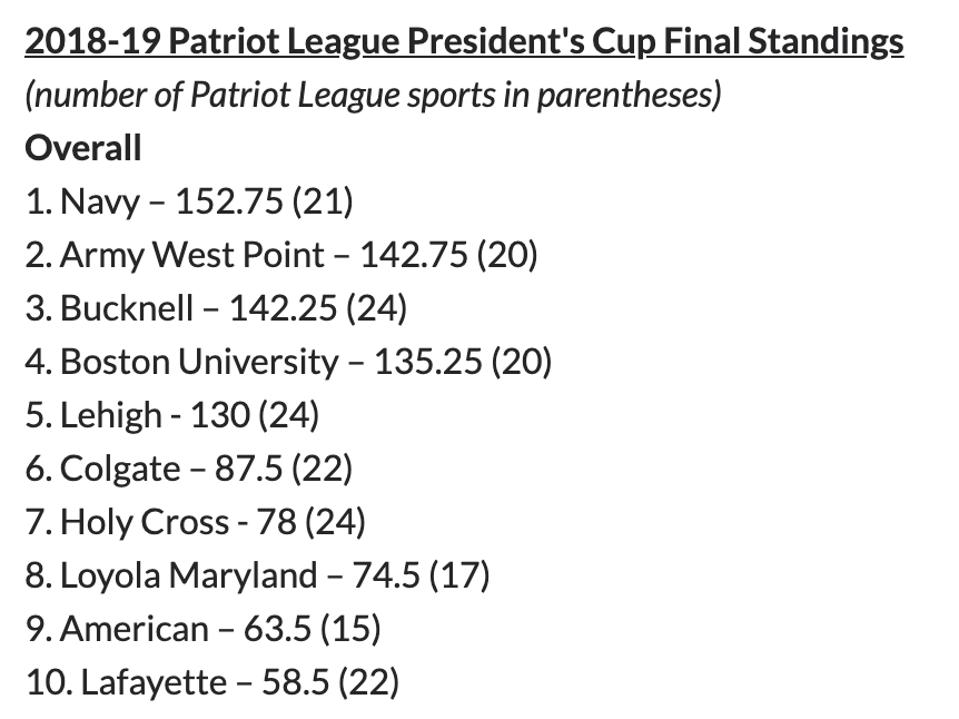 Make no mistake, this plan is a gamble for both Freeman and for Lafayette—both are trying something new. Lafayette has been mired in or near the basement of the Patriot League’s President’s Cup for many years; Freeman, coming from the Ivy League, had never led a department. As of Fall 2019, Lafayette tied for fourth in the Patriot League’s President’s Cup, a jump from the end of Spring. It’s only covers one third of the year to date, but it’s something to point towards.

Kobe Bryant said, “The most important thing is to try and inspire people so that they can be great in whatever they want to do.” Caring about the athletes you invite to your campus isn’t a radical idea, but it takes purpose and drive to do it effectively. Good coaches and teachers know that students “don’t care about what you know until they know how much you care”.

Sounds like good advice for any aspiring athletics director.