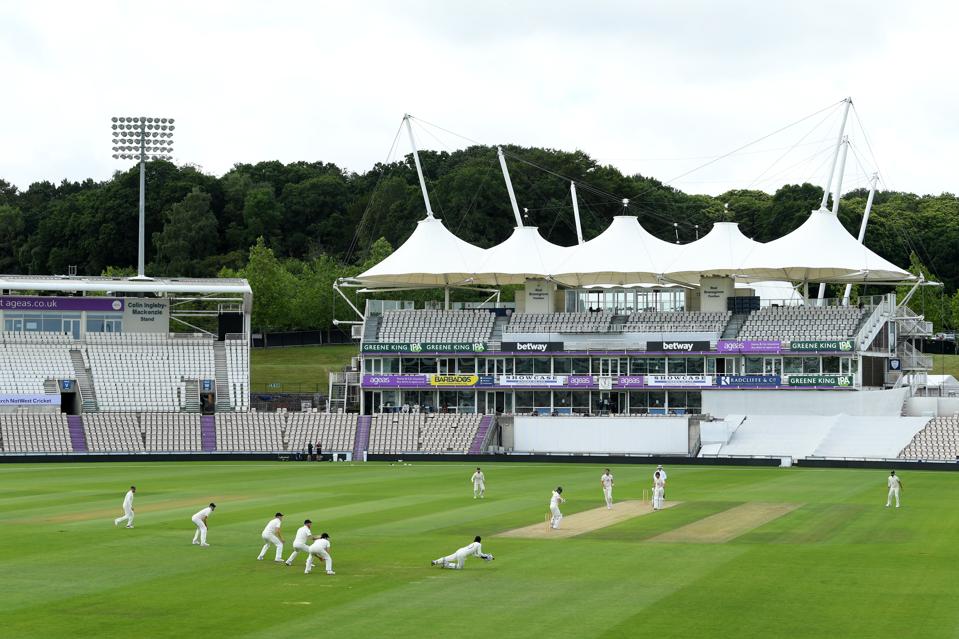 England had a warm up match ahead of the first Test at the Ageas Bowl. (Photo by Stu Forster/Getty … [+] Images for ECB)

Like almost everything else derailed during the Covid-19 pandemic, cricket has endured a tumultuous period.

There has been no international cricket played since the Pakistan Super League in mid-March with series scrapped and others – most notably the highly lucrative Indian Premier League – postponed. The T20 World Cup scheduled for October-November was supposed to be the showpiece cricket event of this year but is almost surely set to be delayed by 12 months.

As underlined by the Australian chaos, where cricket coverage in normal circumstances is almost totally neglected during the winter off-season, there has been much probing into administrations since there is no action in the middle to report on.

Almost everyone – apart from perhaps those pesky reporters more interested in the backroom shenanigans – will be itching for momentary relief with the long-awaited return of international cricket when England hosts West Indies in the first Test starting on Wednesday. 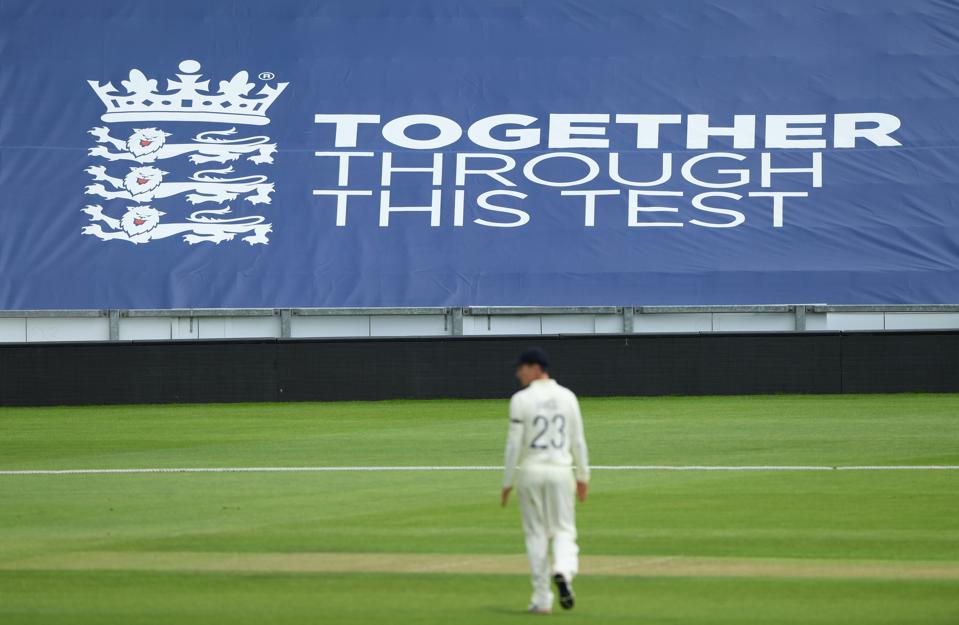 There will be no fans during the upcoming Test matches. (Photo by Stu Forster/Getty Images for ECB)

In these grim times, of course, it won’t quite be the same with the match being played behind closed doors at Ageas Bowl in Southampton. Unlike more intimate sports, such as basketball where fans are so close to the action they can arguably swing games and influence officials, the lack of a crowd in such a slow tempo sport like cricket might not be quite as jarring.

But, undoubtedly, it will feel flatter and take time to adjust. Test cricket – the sport’s traditional format played over five days – has increasingly suffered from diminishing attendances worldwide although remains highly popular in the U.K. Much like in Australia, the red-ball format remains more popular than its flashier condensed counterparts which are obsessively supported in the subcontinent.

The smaller English grounds are often brimming with rabid fans during Test matches conjuring a carnival-like atmosphere. The crowd is often split into two – the more conservative, well-attired fan skewing older juxtaposed by the beer-swilling, rowdier supporter who chants tunes all day akin to their soccer brethren.

Known affectionately as the ‘Barmy Army’, this group of mostly hard-drinking English cricket fans have conjured much revelry and mirth in grounds worldwide – impressively being seemingly at their loudest when England are playing badly. 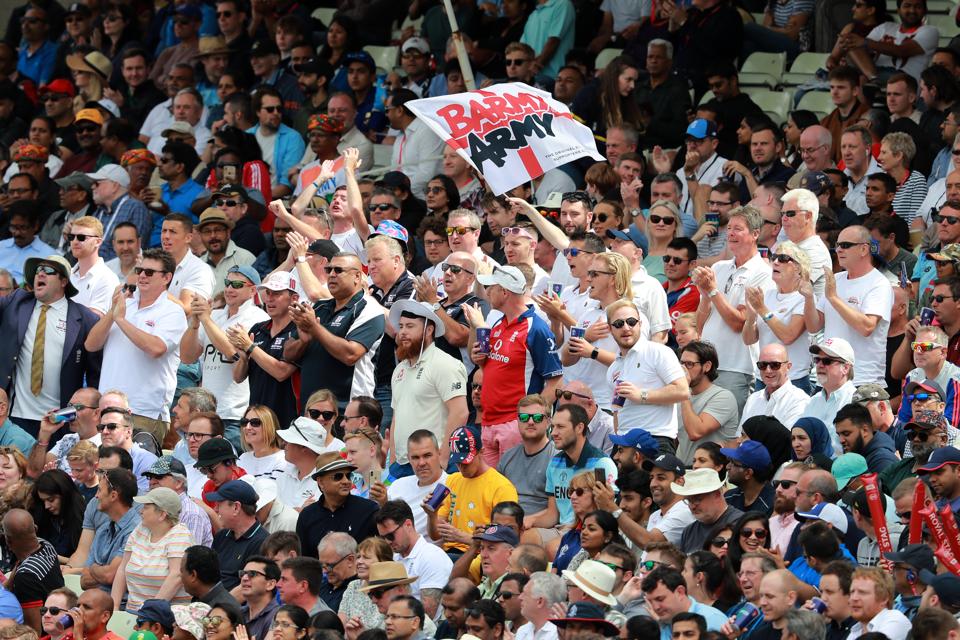 There will be no cheeky antics on show from them any time soon. Even though British Prime Minister Boris Johnson has just contentiously lifted many strict lockdown rules in hard-hit England, the Test series will be played behind closed doors in “bio secure” conditions.

Entire Test matches have been played in almost empty stadiums before – Pakistan’s ‘home’ base of UAE was always jarringly sterile – but we’ve seen nothing like this. “Even if there’s not a single person in the crowd it’s still what we all dreamt of doing,” England batsman Ollie Pope said. “When that Test match starts up, crowd or no crowd, you are going to be really up for it.”

A game Pope, unsurprisingly, said the right things but it will be entirely eerie, especially for England’s players so used to the first day of a home season being such a spine-tingling experience. Even West Indian players admitted they would somewhat miss those well-worn barbs from over the fence.

Having had time to observe other sports restarting during the pandemic, the authorities have decided a dose of ambiance will be needed. Artificial crowd noise or music will be played on loudspeakers– most likely between overs as is commonplace in the shorter formats but frowned upon in the traditional Test arena.

“Some noise around would be great,” West Indies paceman Kemar Roach said. “It will be strange for us playing in England where there is always a lot of crowd noise and atmosphere.” 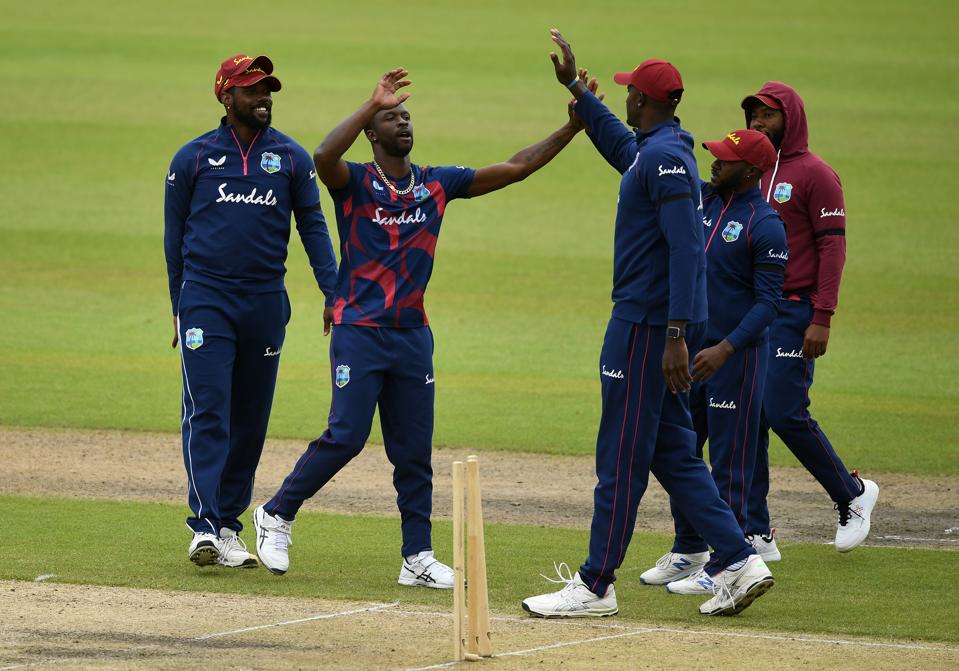 West Indies have been practicing ahead of the series. (Photo by Gareth Copley/Getty Images for ECB)

As cricket’s belated return approaches, players are getting used to the bubble environment with both teams staying at on-site hotels. England quick Mark Wood said the new surrounds marked by stringent safety protocols “feels a bit like a sci-fi movie”.

“There is hand sanitizer at every turn, and on the floor there are arrows, lines and footprints to show the way to go,” he told the BBC.

It’s all slightly surreal but there is much financial stake on the line with England projecting a $300 million loss of match day revenues, broadcast and sponsorship income if its home season was cancelled.

Even with the beautiful terraces empty, amid these strange scenes, the excitement for the first ball of the series will be palpable.

What You Need To Know About Bankruptcy