Breaking
Rival Independent ‘Oversight Board’ Formed By Facebook’s Rivals
Meet George The Poet: Spoken Word Artist Partnering...
Parrot Plumage Color May Be Linked To Body...
Best Applicant Tracking Software
Recent Precious Metals Dip A Buying Opportunity
Looking For Venture Capital? Here’s How One 50+...
Trump Will Create More Debt Than Obama
Growing Your Retirement Money Using 401(k) Dollar-Cost Averaging
Wellness Exec Abby Miller Levy Partners With Venture...
Microsoft Teams Issues Strike To Zoom With Tidal...
What’s Coming For The S&P 500 In October
4 Ways You Can Showcase Empathy With Your...
A $22,000 Microsoft Surface Will Soon Be For...
Zooming In – Should SMEs Invest In The...
iOS 14: The Surprising Security Risk Of Sharing...
How A Break From Lord Sugar Changed The...
Home Finance Cristina Kirchner Is The Major Risk Factor For Argentina’s Debt Negotiation
Finance 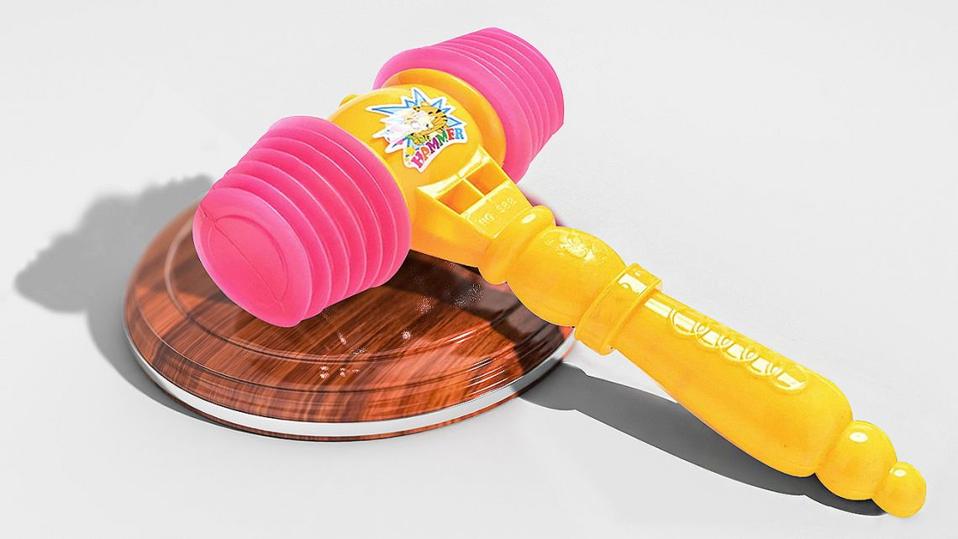 The political use of the judiciary could put Minister Guzman’s debt talks at risk.

At a time of great anxiety in Argentina a non-issue has come to dominate the public agenda: whether or not there are “political prisoners,” and whether the Judiciary is engaged in “lawfare” against officials from the Kirchnerite era, with the main victim being none other than Cristina Fernández de Kirchner.

This has put President Alberto Fernández, who was unilaterally anointed by Cristina as the leader of a united Peronist front, in a pickle. As he works to portray himself as a moderate surrounded by a cabinet of moderates that will negotiate the restructuring of Argentina’s massive debt burden, his vice-president and main political pillar flew to Havana, Cuba, to lambast the International Monetary Fund and accuse hegemonic superpowers of being behind a continent-wide conspiracy to imprison the populist leaders of the first decade of the century.

Cristina, of course, popularized the term in Argentina. But she was only speaking for herself and fellow Latin American ex-presidents such as Brazil’s Luiz Inácio Lula da Silva and Bolivia’s Evo Morales. It was the rest of the convicted and imprisoned former Kirchnerite officials who raised the flag of persecution using the emotionally charged term “political prisoner,” which in Argentina is closely associated to those who were “put at the disposal of the Executive branch” without due process during the last military dictatorship. They are all being tried, some of them already convicted, for corruption-related charges, yet they consider themselves in similar circumstances to Nelson Mandela. The loudest of them all is Julio De Vido, former federal planning minister and a sworn enemy of President Fernández during their days in the Néstor Kirchner administration.

What was originally a small headache is escalating to migraine status for President Fernández, as he struggles to hold together an electoral coalition that includes conservatives and Trotskyists. Internal fissures between the fringe fanatical Kirchnerites and more moderate Peronists has reached the top levels of governments, with Women, Diversity and Gender Minister Elizabeth Gómez Alcorta contradicting the president and his Cabinet chief, Santiago Cafiero.

Alberto, angered by the situation, asked his coalition to disregard external attempts to break their unity, while taking the debate to a semantic level. The Peronist leader, of course, is more concerned with ongoing negotiations being led by Economy Minister Martín Guzmán with the IMF first and international creditors later, which the government considers the key to “putting Argentina back on its feet again.” The perception that Cristina is actually in charge, and that her proxies are gaining ground in Alberto’s government could negatively affect credibility by foreign allies — namely Donald Trump’s United States — thereby complicating already difficult negotiations in which Guzmán will have to convince Wall Street banks and hedge funds to accept a potentially large haircut on their sovereign bond holdings.

From a logical point of view, CFK’s use of the term is internally contradictory and falls within her usual pattern of selective forgetfulness. While the term in a broader sense is useful to analyze how Western legal systems could be used as offensive weapons, for good and bad reasons, Cristina narrows the scope. Under her interpretation, lawfare refers to the intentional use of the judiciary to politically persecute the leftist Latin American leaders who favored the economic interests of the masses during the past two decades, to the detriment of domestic economic elites under the auspices of the United States. Under the pretence of investigating corruption, the Argentine hegemonic elites, led by Mauricio Macri, unsuccessfully sought to imprison her and her family. Apparently.

Lawfare, for Cristina, is only such if it has been unleashed against her and others like her. The two-term ex-president doesn’t like to remember examples such the Media Law with which she sought to destroy Clarín, the country’s most powerful media group which, after the 2008 conflict between the government and the agricultural sector broke its pact of non-aggression with her. The legal pressure on Grupo Clarín was such that it roped in the adopted children of Ernestina Herrera de Noble, owner of the media conglomerate. During the tensest moments of the conflict, Judge Sandra Arroyo Salgado — former wife of the late AMIA special prosecutor Alberto Nisman — activated a sleeper case against Herrera de Noble accusing her of illegally adopting the children of activists disappeared during the dictatorship. At one point, police chased Felipe and Marcela Noble de Herrera at Arroyo Salgado’s orders, entering their homes and asking them to undress and hand over their undergarments in order to conduct DNA tests which ultimately came out negative.

Mrs. Fernández de Kirchner chooses to forget when other branches of the State she managed were used to pressure her political enemies, including tax authority AFIP under Ricardo Echegaray and intelligence agency SIDE’s wiretaps. The list goes on. In a sort of negative case of lawfare, the Kirchner family could very well thank former federal judge Norberto Oyarbide and his services. Oyarbide rejected accusations of “illicit enrichment” against the Kirchner matrimony in record time, cleared everyone in the Skanska corruption case, and let former vice-president Amado Boudou walk in a case regarding fraudulent bond swaps. After being allowed to silently retire by the Macri administration, he ratted out the Kirchnerite emissaries who allegedly pressured him into ruling in their favor, in one case threatened at knifepoint while urinating at a posh Buenos Aires restaurant.

And the list could go on. By imposing “lawfare” as a valid category, Cristina is trying to position herself above and beyond the judiciary, which by definition would be a corrupt institution used to persecute her. This is the same argument being used by “political prisoners” like Boudou and activists Milagro Sala and Luis D’Elía, all of whom remain behind bars. De Vido, his right-hand man Roberto Baratta, and several others were conceded home imprisonment while they await for their cases to be concluded as it became evident that Macri was on his way out of the Casa Rosada.

What this group is looking for is a sign from President Alberto, pressuring the Judiciary to let them walk. Which hits at the central issue in question: the real problem is the permeability of the institution to political pressure, and dirty money. The relationship between the most powerful judges, lately working out of Comodoro Py federal courthouse, and the political sector has always gone through cycles, with the same magistrates often switching sides as the tide turns. The mediocrity of Argentina’s legal institutions makes it such that not only are those accused or convicted for corruption being held without final convictions, they actually make up 60 percent of the total prison population. This means that every prisoner in Argentina is a political prisoner, not just those accused of Kirchnerite corruption, but also many being held for minor crimes.

It is difficult to imagine that Alberto Fernández will be able to change this, as he promised during his inaugural speech. Macri made that claim, but during his administration there was an apparent intensification of investigations into Kirchnerite corruption. He will probably suffer the same fate with the Peronists in power. Unless the eternal cycle is broken it won’t matter how well Guzmán does with the debt negotiations.

For The Third Week In A Row, BTS Controls More Than Half Of The World Digital Song Sales Chart