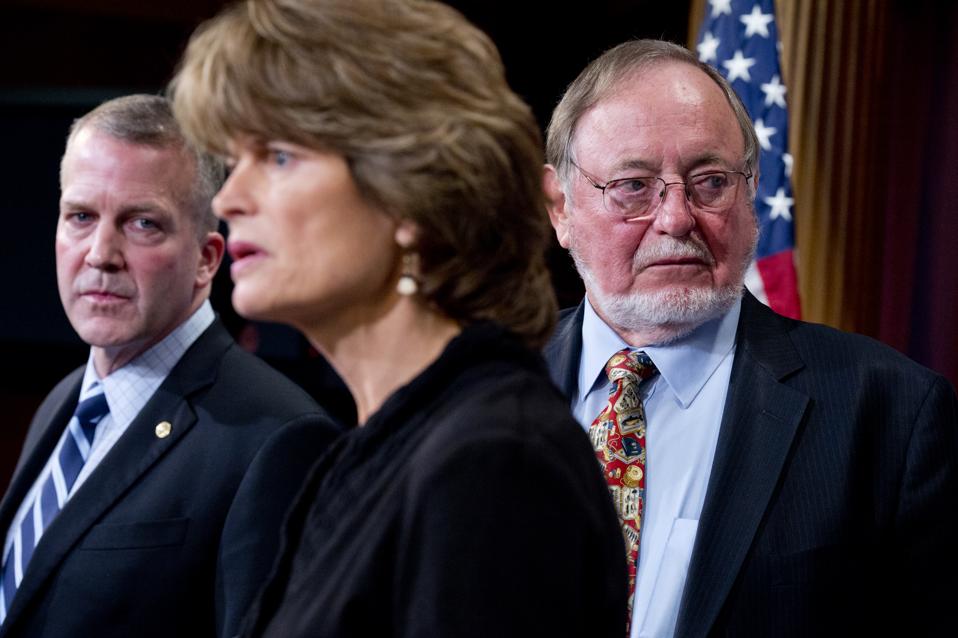 The poll of 1,081 Alaska voters, conducted by Public Policy Polling and funded through a GoFundMe, showed Trump with a 46% approval rating and 49% disapproval rating in the state, which he won by 15 points in 2016.

It follows polls showing Biden is performing abnormally well in other typically Republican states like Georgia, Texas and Arizona—although, unlike those states, Alaska hasn’t undergone demographic changes that have shifted the electorate toward Democrats.

Further down the ballot, Alaska’s Republican incumbents are struggling as well, with Sen. Sullivan leading independent Al Gross, a commercial fisherman and doctor who is supported by the Democrats, by just 5 points, 39% to 34%.

Republican Rep. Don Young, the longest-serving GOP House member in history, could see his lengthy tenure cut short, as he trails independent Alyse Galvin, an educator and business owner who, like Gross, enjoys support from the Democrats, by 2 points, 43% to 41%.

Both Gross and Galvin have low name recognition in the state, however, with 48% saying they are not sure of their opinion of Galvin and 72% saying the same of Gross.

The poll was commissioned by “Election Twitter,” a group of young people and students on the social media platform with a passion for politics. The GoFundMe, created by college student and Democratic field organizer Jack Vaughan, stated “as a community, election twitter is quite curious about the current state of Alaska’s 2020 Senate race. It’s severely under-polled, and Public Policy Polling (PPP) told us they’d poll it for $5,000. So, together, we’re going to make this happen!” It shattered that goal and ended up raising more than $8,000, with the initial $5,000 going to two Alaska-based charities.

Trump did get some good news in the poll, albeit in the form of bad news for another Republican. Republican Sen. Lisa Murkowski garnered an approval rating of just 29%, compared to 55% disapproval. Murkowski, who has broken with Trump on a number of key votes, including on Trump’s healthcare plan and one of his Supreme Court nominees, rankled the president in June when she said she was “struggling” with the question of whether to vote for him in November. Trump responded by tweeting “few people know where they’ll be in two years from now, but I do, in the Great State of Alaska (which I love) campaigning against Senator Lisa Murkowski,” adding that he would accept any GOP primary candidate, “good or bad,” and declaring, “I don’t care, I’m endorsing. If you have a pulse, I’m with you!”

While Alaska will almost definitely not be a tipping point state in the electoral college — If Trump loses there, he’s likely headed for a landslide loss — it could be critical to a Democratic Senate majority. More than half a dozen GOP incumbents across the country are locked in hotly competitive races with well-funded Democratic opponents. Democrats need a net gain of four seats to retake the upper chamber, and while they seem increasingly favored to pull off a win, the expanding map of states in play should offer them encouragement.

Why Startup Communities are Essential